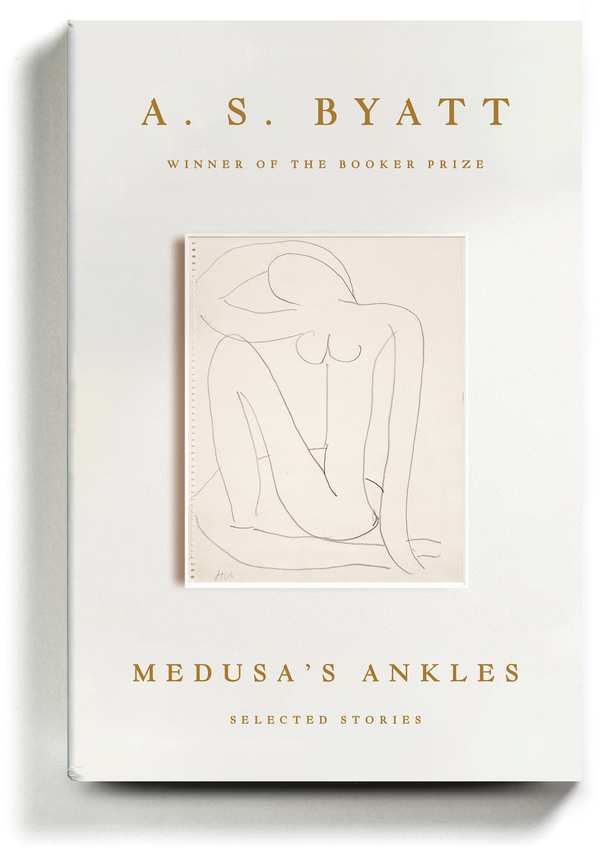 A.S. Byatt’s fiction, in the years since her best-selling and Booker Prize-winning novel “Possession” (1990), has been increasingly ornate, humorless, freighted with fantasy and myth, and encrusted with heavy literary reference. All my least favorite things in fiction, helpfully confined to one area.

Byatt has a book out this month, “Medusa’s Ankles: Selected Stories.” I hadn’t read her in a long time, so I picked it up. Surely, it’s time to consider her anew. Clear eyes, full heart, let’s go.

These neo-Jamesian stories were written across three decades. The first appeared in 1982; the last in 2013. Nearly all found good homes. Three were published in The New Yorker. The longest, “The Djinn in the Nightingale’s Eye” — at nearly 100 pages, it’s practically a novella — ran in The Paris Review.

Byatt has been an articulate advocate, alongside writers as varied as Italo Calvino, Angela Carter, Donald Barthelme, Salman Rushdie and, most recently, Karen Russell, for tapping the depths of fairy tales, for sounding the most primitive of stories for resonance.

In a Paris Review interview, conducted in 2001, Byatt commented: “There was a wonderful moment of liberation when I realized I could write tales that came out of my childhood love of myth and fairy stories, rather than out of a dutiful sense of ‘I ought to describe the provincial young man coming up from Sheffield and how he can’t cope with the aristocracy in London.’ Anybody would rather write about a princess who had to live in the snow.”