For Marilynne Robinson’s devotees, John Ames Boughton, the titular Jack of the fourth volume of her award-winning Gilead novels, is one of the most eagerly awaited literary figures since Godot. He is a prodigal son who returns home bearing heavy secrets. A self-styled Prince of Darkness, an atheist who fears he is “irretrievably consigned to perdition,” Jack gives off a raffish existential allure. His sister compares him to Cary Grant and Raskolnikov; his godfather describes him as a man whom “you wouldn’t much want your daughter to marry,” yet who is “somehow elegant and brave.”

Readers of the previous novels — “Gilead” (2004), “Home” (2008) and “Lila” (2014) — have seen Jack through the eyes of other characters, whose stories mesh, contradict and complicate one another in patterns so beautifully intricate that I envisioned Robinson drafting the series from an enormous storyboard. (Astonishingly, however, as she explained in an interview, she “never actually planned to write a second Gilead novel,” let alone four.) In the latest book, we get Jack’s story from his own perspective and learn what happened during the first decade of his exile.

Until now, the series was set in Gilead, Iowa, a fictional rural village that was once a stop on the Underground Railroad, when Ulysses S. Grant called Iowa the “shining star” of Midwestern abolitionism. Robinson is acclaimed for her numinous accounts of faith, forgiveness and hope, but read in this electrifying year of national crisis, the Gilead books are unified as well by her unsparing indictment of the American history of racism and inequality, and Christianity’s uneven will to fight them.

Jack first appears in “Gilead” as a disturbing presence in the quiet life of the elderly Rev. John Ames. “Smart as the devil,” but a petty thief and delinquent, Jack is Ames’s namesake and a child of his best friend, the Presbyterian minister Robert Boughton. The young renegade disgraced his family by impregnating a local girl and abandoning her and the baby. The child died before her fourth birthday; the girl ran off to Chicago, and Jack stayed away for 20 silent years, refusing to come home even for his mother’s funeral.

When he returns in 1956, ostensibly to comfort his ailing father, Ames is hostile. But he forgives him after hearing Jack explain his situation: He has come home to Gilead in desperation to find a place to live safely with his Black common-law wife, Della, and son, Robert. But Gilead is no longer a sanctuary. Its small Black church was set ablaze, in an arson Ames calls “a little nuisance fire,” and the congregation left town. Although Ames feels some compassion for Jack, he can’t offer any real help, and only bestows a farewell blessing as Jack leaves town again.

“Home” is set at the same time, but told through the point of view of Jack’s youngest sister, Glory. Despite Jack’s “inaccessible strangeness,” she figures out that her brother is separated from the woman he loves, and that his daily letters to her in Memphis are returned unopened. He doesn’t tell Glory that Della is Black. Yet he is following the burgeoning civil rights movement in the South, and is outraged by the violent abuse of young Black protesters. His father, however, is comfortable with the situation: “So much bad blood. I think we had all better just keep to ourselves.” In his complacent orthodoxy, segregation is another form of predestination; the races were meant to be apart.

Lila, Ames’s wife, whose early years as an impoverished migrant Robinson recounts in the third volume, is most in sympathy with Jack, another outsider who senses his fundamental goodness. She insists that no life is predestined: “A person can change. Everything can change.” Anyone who has read these radiant novels, I think, will be interested in reading Jack Boughton’s own narrative, and seeing how and why he has changed. 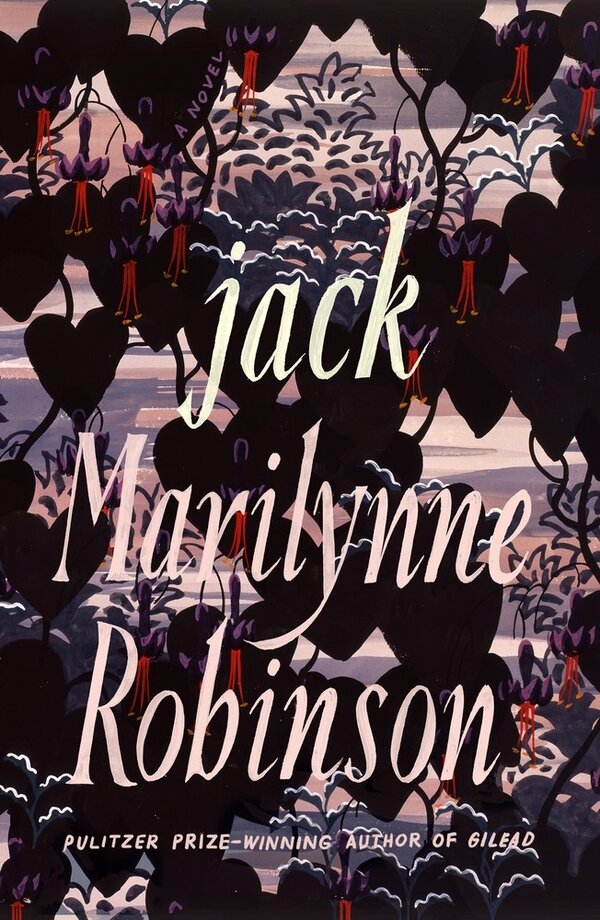 “Jack” is a love story set in postwar St. Louis, where he went after he left Gilead. While his family thinks he is unrepentant, Jack is actually tormented by guilt and shame. Alcoholic and suicidal, he has eaten at soup kitchens, compulsively pocketed a few shiny objects, been in prison and spent many cold days in the public library reading poetry. He has given up on his future, aspiring only to “utter harmlessness.”

On a rainy afternoon, when he is half intending to go home to his mother’s funeral, he encounters Della Miles, an English teacher at a Black high school, the highly educated daughter of a distinguished Memphis bishop, and an aspiring poet. She and Jack bond through a mutual interest in poetry; Poe, Frost, Auden, H.D., William Carlos Williams, Paul Laurence Dunbar, Shakespeare and especially Milton will come up in the course of their romance. In defiance of maidenly decorum and racial taboos, she asks Jack in for tea.

But their courtship has to be conducted in a Jim Crow city where an interracial couple is a highly visible target. In her Black neighborhood, he is That White Man; in his boardinghouse, she is a conspicuous “colored gal,” and their first date is a humiliating disaster for Jack. Della forgives him, and continues to see him despite his unreliability, drunkenness and poverty, not to mention the horrified opposition of her family. But where can they go? There’s no friendly friar to help these star-crossed lovers, and they first speak freely to each other in a strange dreamlike episode, composing about a fifth of the novel, when they are locked overnight in a cemetery.

It’s a scene out of Shakespearean romance. They wander barefoot among the monuments; she quotes a line from “Hamlet” and he comes right back with the next one. As their conversation grows more serious and intimate, they imagine that in the dark graveyard they have become “ghosts among the ghosts,” spirits free from racial regulations. Della confides that behind her facade as “a perfect Christian lady,” she too is tormented by a rage that “never goes away.” But she does not believe in self-pity, and calls on Jack to take control of his life.

Enamored and inspired, he vows to become a respectable suitor, stop drinking and get a job. In the more lighthearted second half of the novel, he sells shoes in a dusty Dickensian shop, teaches fox trot and mambo to St. Louis matrons like some threadbare Fred Astaire, plays piano for the choir of a Black Baptist church. Redeemed by Della’s love and loyalty, he goes to Memphis to meet her father, who tells him that “Della and any children can come here if they want to, or need to, so long as they come without you.” A follower of the Pan-African separatist Marcus Garvey, Bishop Miles believes that Black Americans must change their circumstances, but that they alone can decide “what form the change will take and how it will be achieved.” He doesn’t believe in interracial marriage, and Della says, “I probably don’t either.” But she also believes that her attraction to Jack’s soul is divinely ordained, “and if you love God, every choice is made for you. There is no turning away.”

Loneliness and love, race and grace; the romance of Jack and Della seems hopeful, courageous and moving. But “Jack” also presents a number of problems — to new readers who may not pick up the oblique references to Jack’s troubled youth, and to faithful readers who may find the scrambled time scheme of his relationship with Della frustratingly difficult to follow.

Jack’s redemption and development, his sensitivity and sardonic humor, are most winningly represented in his exchanges with other characters. But he doesn’t have much insight into his own motives, and his self-obsessed ruminations about his doomed “Jackness. Jackitude. Jackicity” also exclude interest in other people. Although he doesn’t have any conscious prejudices or beliefs about race, Jack also hasn’t noticed or thought about it much. Della warns him that if they marry, their children will “be Negroes and they’ll live Negro lives. And you won’t have any effect on that at all”; he says that doesn’t bother him. He has a lot to learn.

It’s easy to see why Jack wants Della, but hard to see why this intellectual, perceptive, charming and secretly angry woman wants him, and risks her family, career and security not only to join but also to save him. Her rapturous embrace of his soul seems premature and worrisome, especially because he has concealed the worst of his past from her. And we know from “Home” how their fairy-tale romance will turn out. What is her back story?

Asked whether she might write another Gilead novel, Robinson has been evasive, although the publisher will not say that “Jack” is the final book. In 1956, when Jack and Della are separated and their lives are seemingly destroyed by racism, they are still relatively young, the civil rights movement is beginning, and there is time for them to change. I am looking forward to a fifth volume that will fill in their saga, and I hope it will be called “Della.”