Acclaimed author Jan Morris is 93, transgender and not only climbed Everest but broke news of its first ascent. She’s never been honoured but she’s: One hell of a dame (So why don’t they make her one?)

She would be the first transgender person thus honoured, an additional, fitting reason for national recognition and celebration. I hope the nomination papers can be rubber-stamped without ado.

Her latest book, Thinking Again, a collection of daily jottings, musings and ponderings, reminds us how she deserves accolades for sheer positivity alone.

Despite news of ‘wars and rumours of wars, of sleazy capitalism and dubious diplomacy, democracy coarsened, loyalties abandoned, religions squabbling’, Jan, from her home in the idyllic Llyn peninsula, refuses to be made depressed or downcast. 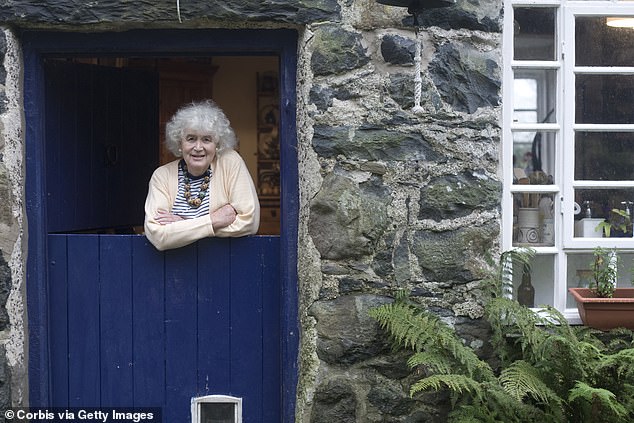 Here, in her pages and in her personality, is the true serenity of old age, where the affairs of humankind don’t matter all that much — not when compared with the beauty of North Wales, ‘the toppled trees and broken branches . . . a few bedraggled sheep . . . a brazen pair of woodpeckers’, the woodlands ‘gently mutating into the green of a new summer . . . bright blues and yellows and pinks massed in banks and bushes, brazen in bold patches’.

Not, however, that Jan only wants peace and quiet. Far from it. She loves energy, explosiveness, anything truly vibrant, such as the RAF fighter planes ‘playing around in the skies above these parts’.

Where many of us would hate a busy cafe or restaurant, Jan by contrast sees ‘an uproarious festival of humanity’.

If I’ve never wanted to go to Australia, for example, it’s chiefly because of the ferment Jan celebrates: ‘I did always enjoy the elemental side of Australian society, the raucousness and merriment of it.’

Festivals, fiestas, carnivals, ‘the creative buoyancy of identity’ — all this always constituted the atmosphere of Jan’s classic books on Spain, Manhattan, Hong Kong, Sydney and Venice.

When she re-reads her studies of Venice, indeed, what Jan finds is ‘a record of old ecstasies’, and Thinking Again is full of new ones: What could be much better than a tray of iced sushi, with Classic FM on the radio; or white wine and toasted crumpets for tea; or driving full pelt around Snowdonia in her Honda Civic Type R, which is covered with rust, scrapes and dents, like proud battle scars?

Describing herself as a ‘pagan agnostic’ and a ‘vinous pensioner’ (the Wine Society leaves her regular cases in the shed), Jan is truly indomitable.

Before her sex change in 1972, as James Morris, she went up Everest with Sir Edmund Hillary and broke the story of the successful conquest of the summit — the story appeared in the papers on the morning of the Queen’s coronation. 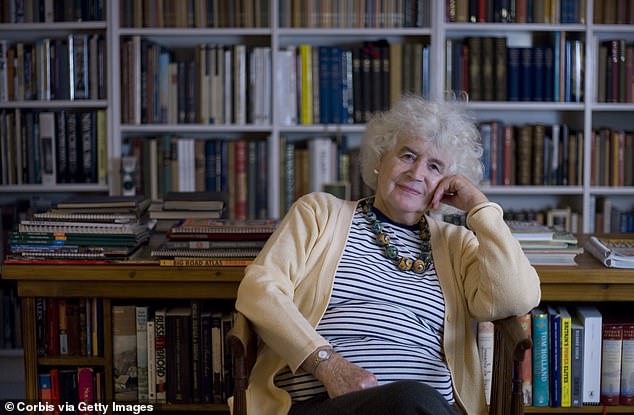 Jan (pictured)  who had a sex change in 1972, revealed she has a continued childlike curiosity as she approaches her centenary

We also learn that Jan was a chorister and undergraduate at Christ Church, Oxford, served in the Home Guard, lived on a house-boat in Alexandria and was once shadowed by the KGB.

Jan (or James) served for six years as an intelligence officer in the Lancers. ‘I loved it from the start,’ she says of being in uniform.

Something of the military orderliness, perseverance and pluck remains. Every morning, to keep trim, Jan marches 1,000 paces up and down the lane or along the Criccieth promenade.

Bad weather is no hindrance, and, in any event, in Wales it is either raining now or else it’ll be raining later on. Jan is scornful of those who ‘stay whimpering indoors’ if they sense a bit of breeze or sleet.

Indeed, she generally has no time for retiring sorts, preferring gusto and forthrightness. 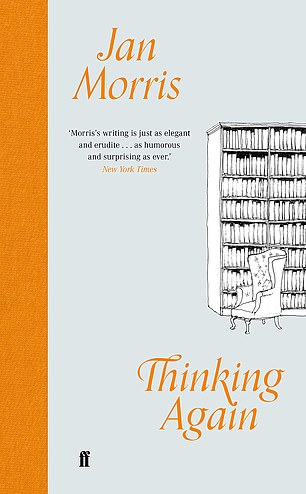 She likes the art of Christo, for instance, who wraps up buildings and monuments in giant sheets of canvas (‘I admire the colossal chutzpah of it all’); she salutes the courage of astronauts (‘it is a comfort to me to know the right stuff is still around’); and visits to Portsmouth and Plymouth make her tearful and patriotic, as she thinks of the Royal Navy, ‘marvelling at its immense roster of fleets and far-flung battles’.

For these reasons, Jan is a surprising fan of Donald Trump, not for his policies but for his personal unapologetic brashness: ‘There is something forgivably childlike to his behaviour, like the sulks and outbursts of a spoilt schoolboy.’

It was frightful bad manners, she says, to fly that satirical balloon of Trump in nappies over London. He was on an official visit, a guest of the Queen. (Parenthetically, where Jan once thought the monarchy ‘preposterous flummery’, now she thinks it might be ‘irrationally worth preserving’.)

As she approaches her centenary, Jan’s secret is her own continued childlike curiosity. Though puzzled by new words (‘What is Huawei, anyway? What is Netflix?’), and despite her being inconvenienced by the closure of local banks and Post Offices, and annoyed by the overfamiliarity of strangers on the phone (‘It has been a pleasure assisting you, Jan’), her reaction to ‘muddled mayhem’ is to view tragedy as farce and realise ‘in every row of houses, almost anywhere, in any country, decent people are living, only waiting to laugh, cry and be kind’.

After a lifetime of travelling the world, what a magnificent concluding sentiment.

Only Jan Morris would look at Notre Dame in flames and reflect it ‘brought out the best in most of us’, with the charitable giving.

But in case we think her too saintly, Jan confides that, now and again, her habitual cheer abraded (by too many uninvited guests, too much official paperwork, too many emails to answer), she has been tempted to ’emigrate to Patagonia, to grow turnips for a living’.

Isn’t Patagonia full of the Welsh?