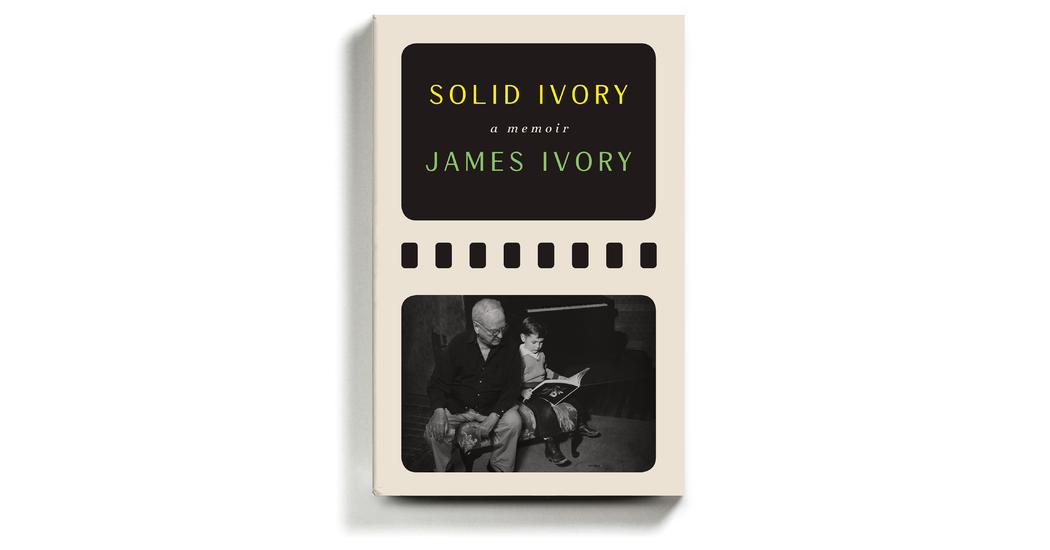 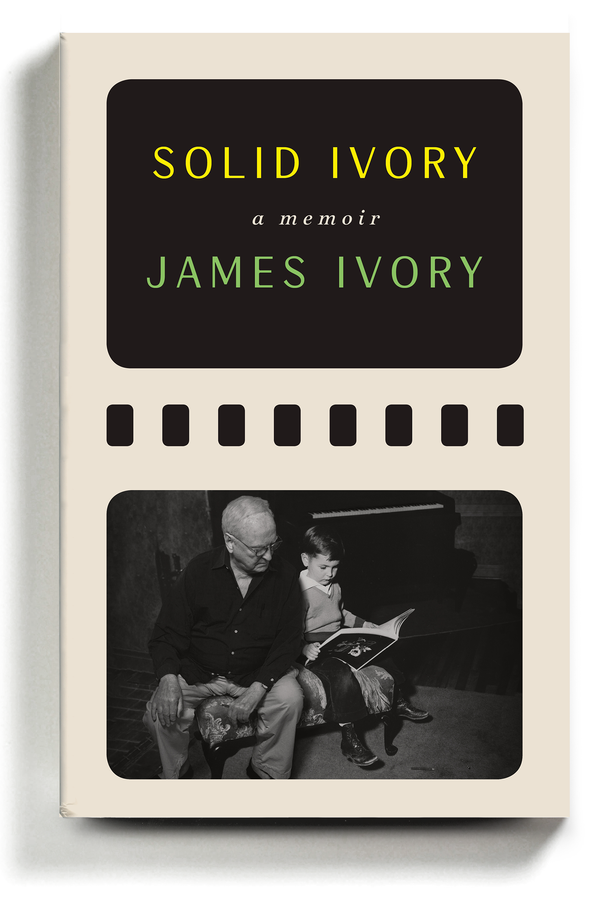 The movie director James Ivory is most closely associated with decorous period pieces, paeans to inhibition like “Howards End” and “The Remains of the Day,” so I wasn’t expecting his memoirs to be quite such a “Remembrance of Penises Past.”

At young Jim’s elementary school in Klamath Falls, Ore., after formative comparisons at the urinals, he watched a playmate stick his “cherubic (and uncircumcised) member” in the hillside dirt to demonstrate adult sexual congress. In high school, he encountered “a dangling pink foreskin that I still recall, shaped like the ones on ancient marble statues illustrated in our copy of Will Durant’s ‘The Life of Greece,’” and heatedly observed the private parts of identical-twin male cheerleaders, Ted and Fred, turning “a deep purple” in a tanning booth at the gym. Granted a closer look at Ted’s “heavy, charged-looking” equipment, of the “garden-hose variety,” he felt his “mouth go dry” and his “hands shake.” Furtive orgasms began to abound.

Though Ivory was a 118-pound teenage weakling uninterested in athletics, an approving steam-room glance from his father, who ran a lumber company, assured the son that his own endowment (cut, a distinction of some socioeconomic preoccupation) was more than adequate. By film school, at the University of Southern California, Ivory was assessing with a connoisseur’s air a pal’s “very shapely American frat-boy” arousal, “to my eye the best of the national norm.” How did the English travel writer Bruce Chatwin, a later lover, rate? “Uncut, rosy, schoolboy-looking,” like notes on a fine wine.

Born Richard Jerome Hazen and renamed as an infant by his adoptive parents, Ivory is now 93. There is a wistful defiance to his sexual frankness as a Protestant gay man who came of age in an era of intense repression, as well as the Depression (his mother regularly fed “tramps,” he writes, on the family’s back porch). Throughout his career he felt compelled to underplay the most important romantic relationship of his life: the one with his gregarious producing partner, Ismail Merchant, a Muslim from Mumbai whom he met on the steps of the Indian consulate in New York. Why isn’t there a plaque commemorating this, wonders Ivory, the recipient of several Oscars, most recently for the screenplay of “Call Me by Your Name.” Despite his laurels, Ivory nonetheless seems to have a chip on his shoulder about reductive assessments of the couple’s variegated oeuvre, like the oft-repeated scoff that they came from the “Laura Ashley school of filmmaking.” (All critics are a “lesser form of life,” he once declared at a luncheon party.)

Merchant and Ivory, normally working with the writer Ruth Prawer Jhabvala, were one of the most dominant cinematic forces of the late 20th century, rolling out luxuriously appointed adaptations of E.M. Forster and Henry James novels, with the occasional more contemporary anomaly like Tama Janowitz’s “Slaves of New York.” Merchant died in 2005; Jhabvala in 2013. After decades conjuring the Anglo-American aristocracy clinking cups in gardens and drawing rooms, Ivory, the survivor, is ready to spill the tea.

He spills it not in the typical big autobiographical splash but in dribs and drabs: letters, diary entries, tumbling sense-memories of fashion, food and furniture (and the other F-word), with scores of appealingly casual photographs sprinkled throughout. An established master of the slow reveal, Ivory serves gossip with a voile overlay. Contrasting with the homages to men that got away, “argyle sweater, erections and all,” are the chapters devoted to Difficult Women like the bombshell actress Raquel Welch, who had the temerity to resist a forceful lovemaking scene; the politically active and litigious Vanessa Redgrave; and the intellectual Jhabvala, whom Ivory saw as a civilizing “preceptor” but never forgave for dissing Merchant-Ivory’s adaptation of Forster’s homosexually themed novel “Maurice.” It also seems to irk the author that Jhabvala (a Jewish refugee from Nazi Germany and mother of three) didn’t do housework — “Ruth never lifted a finger, except to her typewriter” — which, excuse me, but: goals.

I kept thinking that “Solid Ivory,” which was edited by the novelist Peter Cameron, amounts to more of a scrapbook of finely wrought prose sketches than the fully carved self-sculpture suggested by its title, whose touching origin story I won’t spoil. Then, after a little night Googling, I discovered that the bulk of the material was originally published — bound in antique silk, naturally — by Cameron’s private press, Shrinking Violet. About a quarter of the material also previously appeared in various publications, from Sight and Sound magazine to a Christie’s catalog.

It’s all very effectively spliced together here, but with occasional lapses in continuity, as they say in the movie biz — like a journal entry about The New Yorker writer Lillian Ross that fails to footnote her death, in 2017, as if she is still filing “Talk of the Town” pieces from heaven (honestly, I wouldn’t be surprised). Ivory’s account of hanging out with Ross at her son’s christening is one of the more enjoyably chaotic in the book, with cameos by a cranky J.D. Salinger, that annoying friend who refuses to pose for pictures commemorating the occasion, and William Shawn, the famously subdued editor and Ross’s longtime lover, who convulsed with sobs during the ceremony.

We are admitted into the elegant homes of Stephen Tennant, the tarnished Bright Young Thing who was an early proponent of working from bed (“like some outlandish work of art that you cannot put anywhere,” Ivory describes him, “but which has its own terrible integrity”); of George Cukor, an early mentor from the Golden Age of Hollywood; and of the itinerant Ivory himself. “What the hell is Susan Sontag doing in my bedroom?” he forehead-smacks in Paris one night, watching her leaf with presumed judgment through his night-stand reading after a dinner party. And at his Claverack, N.Y., manor, a uniquely Merchant-Ivory storage problem: “Does anyone need a gondola?”

This book does tend to skirt over or even coldly aestheticize unpleasant truths, like the “half-burned bits of bodies” floating past a film crew in the river Ganges; or the fact that Chatwin died of AIDS, not specified here; or even a chauffeur’s offer of a handshake refused by the vestigial “nobles” with whom Ivory, blackballed by college fraternities, found himself consorting after his success. I can’t quite work out his position on snobbery, and I don’t think he has either. But I now look at the famous scene in “A Room With a View” that so embarrassed me as a young teen, naked men splashing full-frontally at a swimming hole, in a new and dappling light.