It’s the tiny tweaks that can turn losers into winners: Author examines the science behind sport and the formula that leads to victory in a new book

‘Statistics are like mini-skirts,’ said Ebbe Skovdahl, one-time manager of Aberdeen Football Club. ‘They give you good ideas, but hide the most important parts.’

The best sports scientists know this, but that isn’t to say their profession has nothing to offer. This intriguing book examines the history of sport’s efforts to improve performances over the decades.

Things were tricky in the beginning. Footballers of the early Seventies weren’t renowned for their openness to new ideas — certainly when it came to health.

Everton’s Bernie ‘The Bolt’ Wright was once caught drinking whisky from a broken bottle at the club’s training ground. When a coach had the temerity to tell him off, the huge centre-forward punched him, then chased the manager, who escaped by driving off in his car. 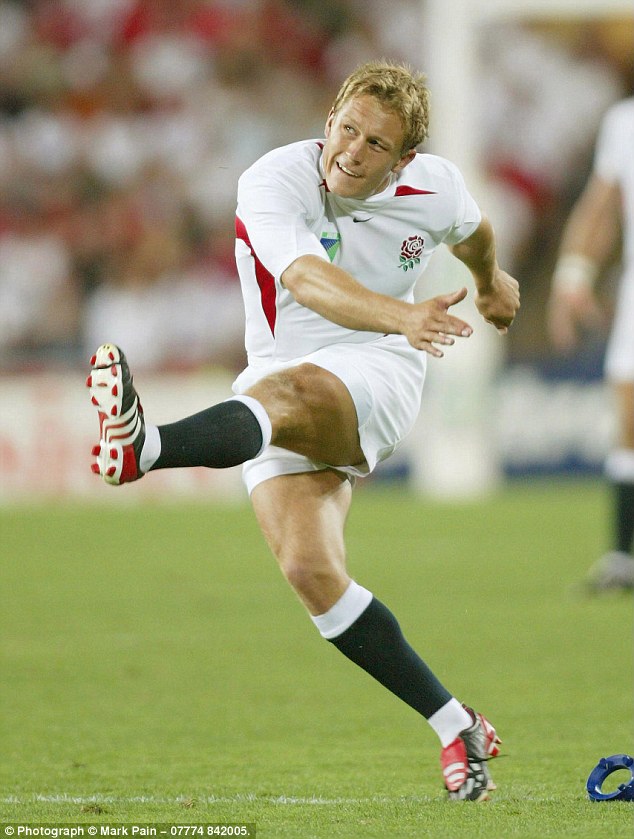 Technology wasn’t up to much back then, either. Thomas Reilly of Liverpool Polytechnic’s Physical Education Group tracked players by sitting in the stands at matches with a tape recorder.

‘He’s walking backwards,’ he would say. ‘Now he’s sprinting diagonally towards the last third of the pitch . . .’ Afterwards, Reilly would replay the tape, plotting the movements on a diagram of the field.

Plus, there’s the fact that any system is only as good as the people using it. When Harry Redknapp was the manager of West Ham, a company persuaded him to watch a DVD showing its system’s analysis of a recent game. It sent Redknapp the disc, but a few days later he called to complain that there was nothing on it. At first the firm was confused — until it became clear that Redknapp thought it was a CD, and had been trying to play it on the car stereo.

But when the work is done properly, good results can follow. It isn’t a case of doing one thing 100 per cent better, but 100 things 1 per cent better.

Sir Clive Woodward, former coach of the England rugby union team, was always looking for tiny changes that could nudge his team in the right direction.

How many kilos do Formula 1 drivers lose in each race?

They changed shirts at half-time to ensure a fresh mindset. Players who weren’t selected for a match had to congratulate those who were. Everything, from PowerPoint presentations to the screen dividing the changing rooms and the showers, was emblazoned with the word: ‘Winning!’

These may sound like gimmicks, but in 2003, Woodward’s team won the World Cup.

Some of the tweaks made in the search for greatness are inspired. An analyst trying to speed up the pit stops made by McLaren’s Formula 1 team realised that the mechanics could start undoing the wheel nuts quicker if they could spot them quicker — so he advised McLaren to paint the nuts orange.

And, of course, the computing power available to the boffins has increased beyond belief.

Techno-monitoring in tennis has revealed that the best players start their shot 120 milliseconds before their opponent has hit the ball: they already know what’s going to happen from their opponent’s body position. But when the clever machines stop working, analysts have to rely on old-fashioned nous.

The wi-fi in the velodrome at the 2012 Olympic Games was so weak it couldn’t transmit data to analysts outside. So one team downloaded the information on to a USB stick, put it inside a tennis ball and threw it over the track to their colleagues.

What sort of person goes into this job? There are certainly some ‘unusual’ individuals.

One particularly conscientious type tried to exercise for 100 hours straight. Unfortunately, his energy syrup was contaminated and gave him severe diarrhoea. But it didn’t deter him — he carried on while holding a chamber pot between his legs on the treadmill.

But all the best analysts know their science will never be an exact one. A journalist at the 2012 Olympic Games told Stafford Murray, the head of analysis for Team GB: ‘One would assume that for something like the 100m you can’t really provide much advice other than run as fast as you can.’ Murray replied: ‘And in the 400m, run as fast as you can and turn left occasionally.’