It shouldn’t happen to a volunteer! Book dealer who swaps gentle life for on a farm, reveals the challenges of gaining the trust of animals – without being spat at

Julian Rota is an eminent antiquarian book dealer: it’s a genteel-sounding world which, he admits, actually contains quite a number of dodgy characters, Del Boys and barmy bibliomaniacs.

In his spare time, though, he also works as a volunteer at Trindledown Farm in Berkshire, a branch of the National Animal Welfare Trust.

And it’s his experiences of working with the animals here which make up much of this book, interspersed with salty opinions and slightly unexpected tangents, such as his love of reggae music. It all adds up to a quirky but enjoyable memoir. 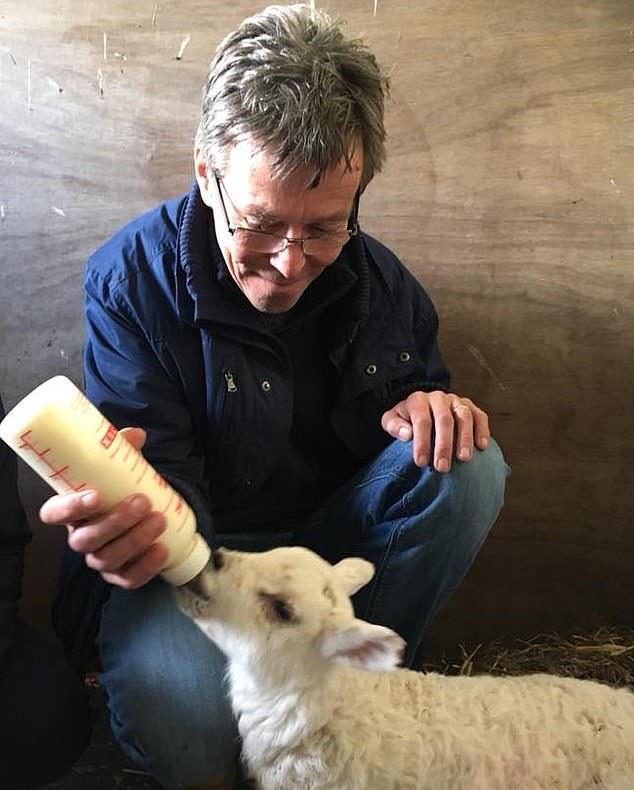 Julian Rota (pictured) who volunteers at Trindledown Farm in Berkshire, has penned a memoir sharing his experiences

If they were human beings, the animals that come to Trindledown might well be described as ‘deeply troubled’. They may have been atrociously neglected, beaten, or starved … like Inca the pony, who had ‘outlived his “usefulness” and been left to starve, tied to a tree’. One of the downsides of working with such maltreated animals must surely be that it does nothing for one’s estimation of one’s fellow human beings.

The huge reward, though, is gradually gaining that ‘animal trust’ of the punning title. The process really is similar to working with traumatised children: slowly, one day at a time, even the most mistrustful can come to learn that not all human beings are cruel and vile. But patience is obligatory. Even when he has been butted to the ground by an annoyed goat, or knocked over by a sheep called Donny, Rota still feels he is ‘among friends’.

He begins to bond with a variety of colourful characters, while realising along the way that a lifetime of lifting heavy boxes of books has prepared him surprisingly well for lugging around bales of hay.

He even grows to love the ‘earthy, wholesome smells of the muck heap (not to everyone’s taste I realise)’.

Among his new friends are Puddy, a 35-year-old black Shetland mare who moves slowly and ‘becomes very impatient if we are slightly late accommodating any of her various wants and needs’. One of these is a regular sugar-free mint. There’s Popeye, a grey Welsh Cob: ‘Local birds seem to have a particular fondness for his hair as prime nesting material, much to his annoyance.’

There’s Molly the beautiful and uber-intelligent Collie — possibly too intelligent not to be neurotic as well, rather like some people I know. And there’s Ernie the pig, who loves oranges, ‘but only if they have been chopped in half’. 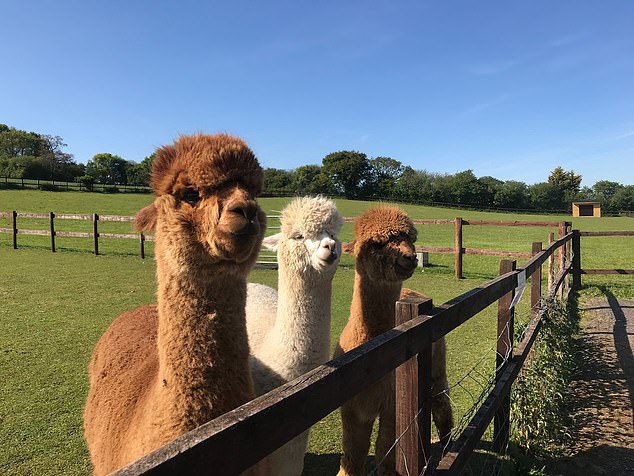 Julian revealed that he cannot relate to alpacas (pictured), especially because one has a tendency to spit

He admits though that he finds the alpacas ‘utterly enigmatic’ and he cannot relate to them at all. Especially when one of them, Matilda, has a tendency to spit, though ‘she’s not got me yet’.

He’s struck again and again by how like us they are, and thinks deeply about our vexed relations with other species.

We eat them, exploit them, drive them to extinction, and shower love and affection and little tartan coats on a chosen few — yet it’s all terribly awry and unsustainable. The author is just as muddled as the rest of us though, admitting he still eats meat, explaining endearingly: ‘I think of myself as a hypocritarian (flexitarian is a kinder word).’

He rages against the lunacy of Chinese ‘traditional medicine’, with its catastrophic effects on populations of rhinos and tigers, sea horses and pangolins: whole species consumed to feed a demand based on non- scientific idiocy.

Closer to home, he would love a libertarian Right To Roam Act in England like they already have in Scotland, allowing English people — shock, horror! — the legal right to actually walk across their own native land. Yes please.

All in all, it makes for a rambling but touchingly sincere and thought-provoking read, with odd moments of James Herriot-style interspecies slapstick which are enough to make a cat laugh.