The title of “Counting” contains some revealing wordplay: To count is to tally things up but, also, to count is to matter. In this book, the political scientist Deborah Stone explores the ways in which these two meanings of “count” are intertwined in society. She argues that our judgments are embedded in the way we count because of the decisions we make about what matters, and that we then use this to make concrete judgments that we claim are based on math when really they’re a result of our preconceived notions.

It is a curious experience to agree with the conclusion of a book but not its argument. Stone’s broad message is that we shouldn’t regard numbers as reflecting absolute truths about the world without first considering the methods used to produce those numbers. She offers many devastating examples, including how different interpretations of the safe amount of lead in water proved deadly in the Flint water disaster, the way teachers are now assessed based on a “value added” measurement of their worth and the egregious evaluation of the life of a slave in the Constitution, rated at three-fifths of a person. Stone shows how being in thrall to numbers is misguided and dangerous, that they can often hide injustice and that we should examine and question the mechanisms through which we arrive at figures and statistics that we consider to be authoritative.

Stone’s critique is ultimately that life, unlike math, is full of ambiguity and messiness and multiple interpretation, and this should make us wary of the ways numbers can be manipulated toward various ends. But I take issue with the way she characterizes math, and this is where I disagree with her analysis, and I do so as a mathematician who sees the power of numbers and also their limitations.

Math itself is not really about clear-cut answers either: Rather, it gives us precise and well-defined steps for investigating nuance. Stone thinks we should rely on math less to solve our problems in life; I think we should use it more, but with a more careful understanding of what math is and how it works.

One claim that Stone keeps coming back to is the idea that in math, counting is straightforward, whereas in life counting produces different answers depending on how you define your terms. She discusses, for example, the way the government counts unemployment, with a tortured definition of “unemployed” to make sure the numbers come out as low as possible; likewise for the definition of “poverty.” As a contrast she repeatedly cites triangles in math as something boring and unnuanced that we can predictably count the same way every time. This may well be true in basic math, but higher-level math involves exactly the complexities she is asking us to be aware of elsewhere. Triangles can be defined in many different ways in different contexts. Higher-level math is very much about how we decide what counts as the same and what doesn’t, and, crucially, how we make clear what decisions we have made at every step. 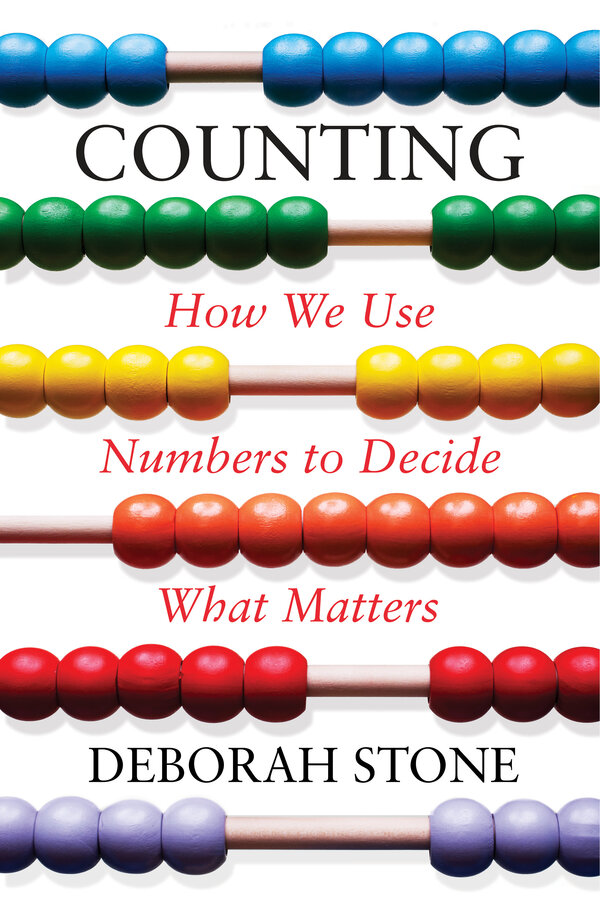 In this way, the book’s argument ends up doing a disservice to mathematics. I worry that it inadvertently provides some support to people who don’t believe that science and logic can be used to tell us anything about reality, who cling to the idea that science is flawed in order to justify their own pet conspiracy theories. By presenting math as something that should be open to suspicion as soon as it is applied to real life, she opens the door to this. Stone says that logic involves making assumptions and thus is effectively “fiction,” that an estimate made by a modeler is just a “guess,” and that in the scientific method, to control for extraneous influences is to pretend “they don’t exist.”

While there are certainly often multiple points of view even when dealing with what most people would accept as objective reality, there is also an important sense in which an estimate is not just a random guess but a guess backed up by reasoning; assumptions don’t make logic fiction, but more like a kind of controlled experiment; and controlled experiments are an important framework for trying to understand which factors are contributing to which outcomes.

For readers who think that math is simply about arriving at correct answers, these nuances may well pass them by. We shouldn’t overstate the power of math and science, but we shouldn’t understate it either. While I don’t think Stone herself risks throwing out the baby with the bath water, I worry that she is giving others an excuse to do so.