When Karen Russell’s short stories appear in The New Yorker, as they frequently do, I make a point to read them.

With their fantastical settings and themes — in one, a boy drags a 2,000-year-old girl out of a bog and takes her to school, “Weekend at Bernie’s”-style — they bring a tang of the magical to a magazine normally devoted to zealous fact-checking.

Each is like a haunted Charles Addams house that pops up in a sleek, modern subdivision. Each resembles the vampire in one of her stories who slips and starts letting a fang hang out over his lower lip in public.

Russell’s new collection, “Orange World,” is her third. (She is also the author of the 2011 novel “Swamplandia!” and a 2014 novella called “Sleep Donation.”) I gravitate to her writing, too, because a good deal of it is set in Southwest Florida, where I spent a large part of my childhood. I have ineluctable loyalties to writers who set potent fiction there.

The best of the stories in “Orange World” are resonators. In the title story, a young mother begins to breast-feed the devil — it resembles a “mutant red raccoon” — after making a deal with it to secure the health of her son.

Russell tinkers deeply and knowingly here with pre- and postpartum contamination fears of every variety. The breast-feeding scenes mix horror with a kind of eros:

“It lays its triangular head on her collarbone, using its thin-fingered paws to squeeze milk from her left breast into its hairy snout. Its tail curls around her waist. Unlike her son, the devil has dozens of irregular teeth, fanged and broken, in three rows; some lie flat against the gums, like bright arrowheads in green mud. Its lips make a cold collar around her nipple.”

Russell pulls the rug out from under the horror. When another mother learns what’s happening, she comments, here in slightly bowdlerized form, “That stupid thing,” and “Rookie mistake, babe.” The nasty creature, it turns out, was more devilish than devil.

In another story in “Orange World,” two young women in Depression-era Oregon take a chairlift up to a party and find only dead men celebrating there. In another, a young woman pricks her finger in the desert and finds her blood and soul intertwining with Joshua trees that sometimes like to dance.

In yet another, set in a post-apocalyptic, post-global warming Florida, sisters work as gondoliers. Parts of the damaged ocean are off-limits, but can be accessed for a price. These sisters — one observer compares them to the “birds of Chernobyl” — are batlike creatures who communicate by echolocation, through song.

Russell creates fully realized worlds. Her writing is particular and alive. Her imagination spills over the sink and hits the backsplash.

Among her abiding themes is the porousness of life. We’re all blends, we’re all open to influence and infection, we’re transubstantiating right now in certain regards. She notes these changes. Sometimes she notes them in blood. 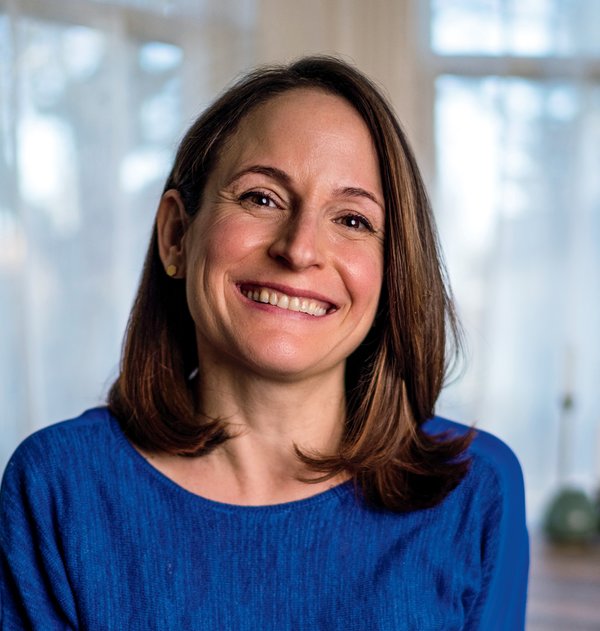 “Orange World” also demonstrates Russell’s limitations. Read in bulk, outside of magazines, some of her stories shrink in stature.

One reason for this is that we are only rarely invested in her characters. Her people find themselves in intense situations, but it seldom feels like anything is at stake. They live, they die; no matter, turn the page and bring on the next outré scenario, the next rabbit from the hat.

For all their wildness, the stories in “Orange World” are fundamentally tame. Little happens in them that wouldn’t ultimately be palatable, after a glass of pinot gris, in the snuggest of book groups. Not all her endings are happy ones, but love can often save the day.

Russell’s contrast knobs don’t twitch the way that Angela Carter’s and Donald Barthelme’s did, to name two writers who reimagined fairy tales and whose work could touch on the occult and surreal.

Those writers more often placed you in a crossfire of talk and ideas. They brewed stronger medicine. You entered the four walls of their stories and wondered if you’d make it back out alive.

The glow Russell’s stories cast is not a cheap one, like the flickering of battery operated candles on a restaurant table. I’m simply not certain their power is, except rarely, strong enough to be wicked.

“If you feel strange,” the poet Rita Dove wrote, “strange things will happen to you.” Some of Russell’s best stories run along a spiny ridge of strangeness and wit.

In “Bog Girl: A Romance,” the jokes start almost as soon as the 15-year-old boy plucks from the bog an “orphan from the Iron Age.”

“She’ll fall apart on you,” the boy is warned. His uncle puts an arm around the girl and says, “I’m proud of my nephew for going after an older woman, a mature woman … a cougar!”

At the same time, this story pushes you further than you initially think its conceit can take you. When the girl finally begins to speak, “her real voice was nothing like the voice that he’d imagined for her — a cross between Vicki Gilvarry and Patti LaBelle. Its high-pitched ululations hailed over him.”

The girl stands up and we read, in the kind of line that undergirds, like rebar, the best of Russell’s most searching fiction: “The past, with its monstrous depth and span, reached toward him, demanding an understanding that he simply could not give it.”