If you thought his books were hard work, just try being Mrs Joyce! James Joyce was grumpy, broke and unfaithful — but the intense sexual chemistry between him and wife Nora bound them together

This delectable miniature, elegantly reissued, is a perfect match of author and subject.

It’s one lushly literary Irish writer on another, and the result is an enthralling sort of prose poem about lust, jealousy, obsession and exile.

Nora was the simple Galway girl (she didn’t like reading, and she copied out standard love letters from books of etiquette) with whom Joyce fell in love when their eyes met on a Dublin Street in 1904. 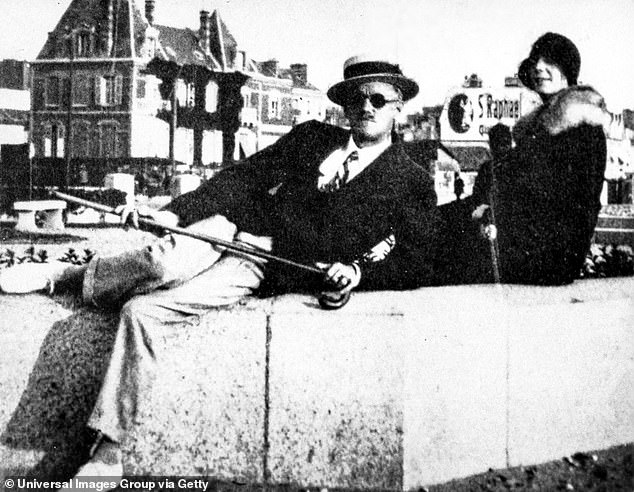 ‘In this jaunty, fairly illiterate girl,’ writes O’Brien, ‘whose plumpness might have appealed to Rubens, Joyce was to seek and find the earth mother, dark, formless, made beautiful in moonlight.’ She was to be the inspiration for Molly Bloom in Ulysses.

The only time in their 37-year relationship when Nora had things her way was the day after that first locking of eyes. They’d arranged to meet outside 1 Merrion Square, and Nora didn’t bother to turn up. This seemed to ignite Joyce’s obsession. From that moment, he was profoundly jealous of her past.

He ‘desired to possess her wholly’ — but refused to tell her he loved her. He was later to write that, even when he heard the word ‘love’, he ‘felt like puking’.

Joyce comes across as a basket-case, actually, full of hatreds and far from attractive. His chief hatred was of his mother, after a miserable childhood of being chased by bailiffs from house to house, each ringing with his parents’ vicious rows ‘fired by hangovers, their repartee quick, unaffectionate and bitter’.

His other main hatred was of Dublin — from which he and Nora soon eloped, Joyce terrified that he might succumb to the ‘national disease’ of Ireland, which was (as O’Brien puts it) ‘provincialness, wind-and-p*** philosophising, crookedness, vacuity and verbal spouting’.

Not that he much liked some of the places they eloped to — for example Rome, which he associated with ‘death, corpses and assassination’. What a bundle of joy!

Inevitably, as soon as he was exiled from Dublin he became homesick for it, poring over street maps of the place and immortalising it in his fiction. Nora’s homesickness was also acute. O’Brien depicts ‘this young girl, in a short brown dress, with thick coils of hair, living with a man whose body she could entice but whose mind she could not comprehend.’ What Nora longed for in those far-away places (Zurich, Trieste, Rome) was ‘to see and hear a kettle boiling on a hob’. 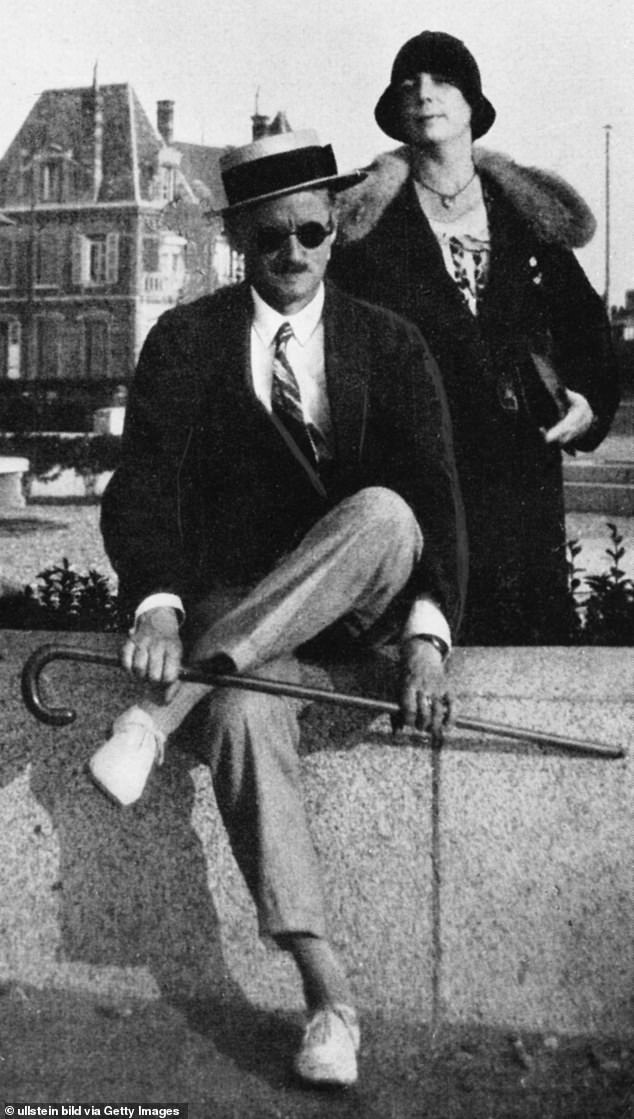 Edna gives a depiction of how life was for Nora as James (pictured) worked on his two great novels, with Ulysses taking him 20,000 hours of work

The couple’s level of pennilessness is astonishing. In Rome they were literally searching for different lodgings every night, Nora sitting alone in a cafe or cinema waiting for Joyce to arrive with money from a private tutoring lesson.

They slept head-to-toe in garrets to try to avoid the arrival of future Joyces — but it didn’t work. After Georgio, they had Lucia, born in the pauper’s ward of the hospital in Trieste, while Joyce lay ill with rheumatic fever in another ward.

The sexual chemistry between Joyce and Nora is legendary. I remember gaining an advanced-level sex education from reading Joyce’s steamy letters to Nora in the library of Girton College, under the pretence of ‘research’ for an essay on Ulysses. Those letters, ‘frank, rabid, and founded on lust’, as O’Brien puts it, were mainly written when Joyce briefly returned to Dublin to pursue his hare-brained scheme of opening a cinema there.

Joyce was constantly jealous that Nora would go back to Galway — he could imagine her ‘sauntering into Mass and giving some other boy one of her long glances’. 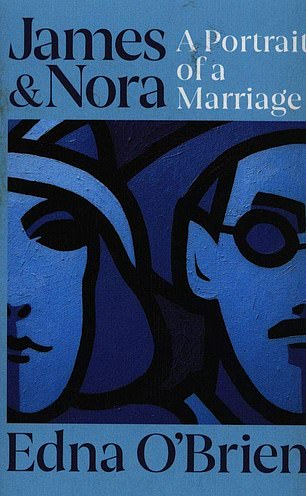 O’Brien’s depiction of what it was like for Nora to live with Joyce while he was writing his two great novels is darkly hilarious. Ulysses took him seven years: 20,000 hours of work, ‘causing havoc to body and brain, nerves, perspiration, and unreasonable agitation at the slightest sound’.

She lists the staggering number of eye complaints he was suffering from by the time he’d finished: ‘glaucoma, iritis, cataracts, nebula in the pupil, conjunctivitis, dissolution of the retina, blood accumulation, abscesses, and one-tenth normal vision’.

They were married unceremoniously in a registry office 23 years into their relationship, just so their children could inherit his estate.

So badly planned was their entire existence that when Nora died in 1951, ten years after Joyce, there was no room for her body to go next to his in the Fluntern Cemetery in Zurich.

‘The blunder that attended their elopement, the birth of their children and all their wanderings had not forsaken them in death.’