I just wish Hitler could hear the cheering! That was one little girl’s take on VE Day. But what followed was not always as joyful

Twenty-four hours of manic rejoicing flanked at both ends by years of queuing and hardship: that’s the overwhelming impression given by Maureen Waller’s superbly well-researched and detailed portrait of London in 1945, reissued in paperback to commemorate today’s anniversary of VE Day.

It really happened: the dancing in the streets exactly 75 years ago.

Total strangers kissed, middle-aged ladies climbed to the top of Eros in Piccadilly Circus, boys lit bonfires in the streets and burned effigies of Hitler. ‘We want Winnie! We want Winnie!’ chanted the thronging crowds under the balcony where the Prime Minister was due to give a victory speech. 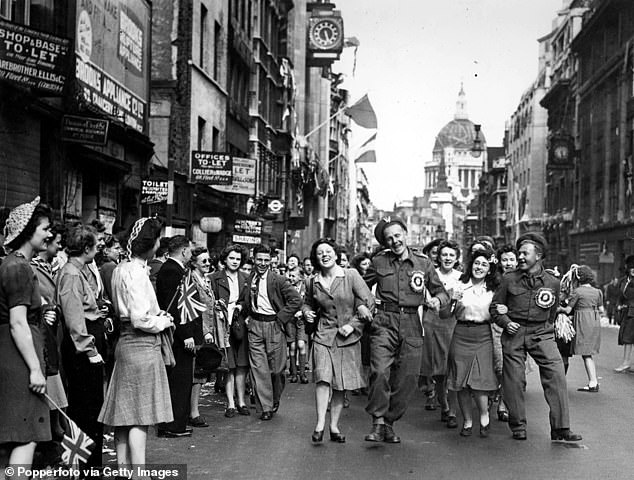 Maureen Waller’s portrait of London in 1945, has been reissued in paperback to commemorate this year’s anniversary of VE Day. Pictured: Celebrations in London on May 8, 1945

A man selling Churchill badges in front of the National Gallery shouted: ‘Churchill for sixpence! Worth more!’ And at long last it was possible to crowd into a pub without having to push through a thick blackout curtain, described by one man as ‘like getting mixed up in the skirts of a nun’.

In front of Buckingham Palace, the 15-year-old Harold Pinter pinched the bottom of a pretty girl in the crowd, only to be knocked unconscious by the girl’s boyfriend. As the Royal Family came out on to the balcony, one little girl remarked to her mother: ‘I just wish Hitler had heard the cheering.’

Trade was brisk in Mayfair, too. The veteran prostitute Marthe Watts took home 49 clients that day.

London was one great eruption of ecstasy and relief. Yet the grocery shopping still had to be done. Today’s supermarket queues might seem tedious, but in 1945 it could take all morning to secure 1 lb of potatoes and some greens.

‘Your Best Friends Today Are Your Feet’ was one of the many slogans drummed into the heads of exhausted housewives. On VE Day, they queued with a string bag in one hand and a Union Jack in the other.

To put that momentous day into context, Waller opens her book by plunging us into the freezing dawn of the year — reminding us what Londoners had just been through, and of the difference between a V1 flying bomb and a V2 rocket.

Both doled out death indiscriminately, but at least with a V1 you heard something, even if the noise did cut out just before the explosion. V2s, travelling supersonically at 3,000 mph and taking just four minutes to get from Holland to London, simply killed you and half your street with no warning. 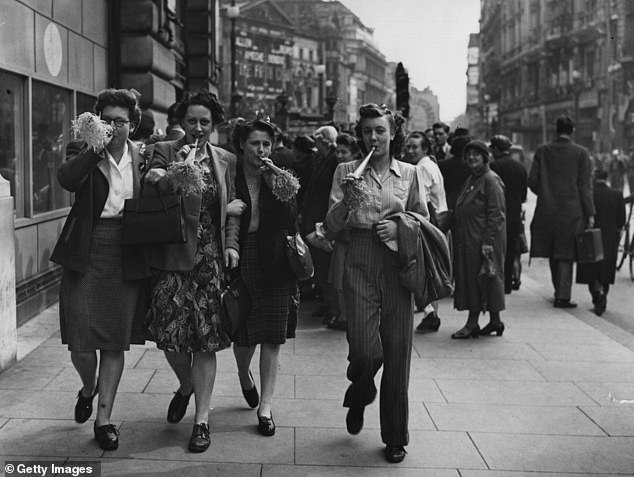 After VE Day rationing and queuing grew worse as the country had been bankrupted by war. Pictured: Celebrations in London on May 8, 1945

‘Bombs with slippers on,’ Londoners called them. Fronts of whole terraces were pulled off, revealing families sitting dead at their tables. Waller gives us a stark glimpse of the traumatic work of those who cleared up the aftermath. ‘Proper jigsaw puzzle,’ said one mortuary attendant whose job it was to reassemble bits of bodies for burial.

By May, the amount of glass needed to replace the windows in Battersea, Wandsworth and Lambeth alone was 9 million square feet — enough to cover Clapham Common.

On the night of VE Day, 1,200 people were still sleeping in underground stations — and many dreaded going back to their home lives of lonely drudgery. 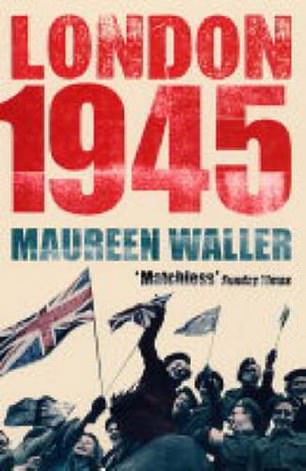 ‘I shall certainly miss all the friends I have made when we leave,’ said Mrs Johnson of Gospel Oak, sleeping at Belsize Park Tube. ‘And I’ve only had one cold in the five years I’ve been here.’

When life didn’t get better after VE Day — if anything, the rationing and queuing grew worse as the country had been bankrupted by war — even normally upright people turned to the black market and petty crime.

There was a sharp rise in female shoplifting. Dorothy Roberts was ‘the cami knickers thief of Oxford Street’. Like many, she’d had enough of the shortage of underwear due to the lack of rubber for elastic.

It was a heyday for spivs and racketeers, too. The Suitcase Gang, run by a Navy deserter, simply went to the guard’s van of trains and changed all the luggage labels to ‘Mrs Annie Harris’ of Islington High Street.

Soon trainloads of evacuated children started trundling back to the capital: eight trains per day, each carrying 1,000 evacuees. Out of 56,000 returning children, 19,000 had no home to go back to, due to death, divorce or abandonment by feckless parents who had disappeared to avoid paying the billeting fees.

By contrast, the pressure was on for wives to look pretty for their returning husbands. But the grim reality, after the initial euphoria of returning fathers arriving at the prefab door, was grey-faced couples sitting in silence, having grown apart. ‘It was as if a wall had grown between us,’ one husband remarked.

The wives couldn’t adjust to their hardened servicemen husbands stubbing out their cigarettes on the floor; the husbands couldn’t adapt to their prematurely grey-haired wives no longer being the ‘quiet, simple housewives’ they had first married.

Nothing, though, could take away the joy of that one glorious day, May 8, a day of pure relief and of hope for a better world. 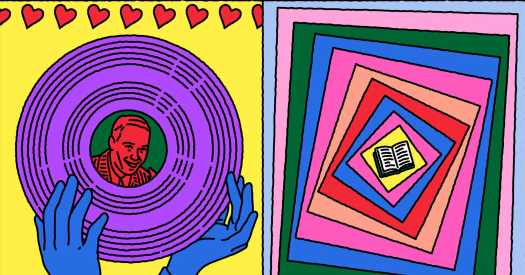 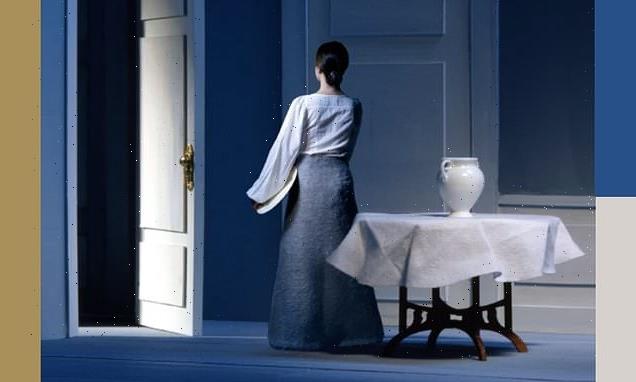 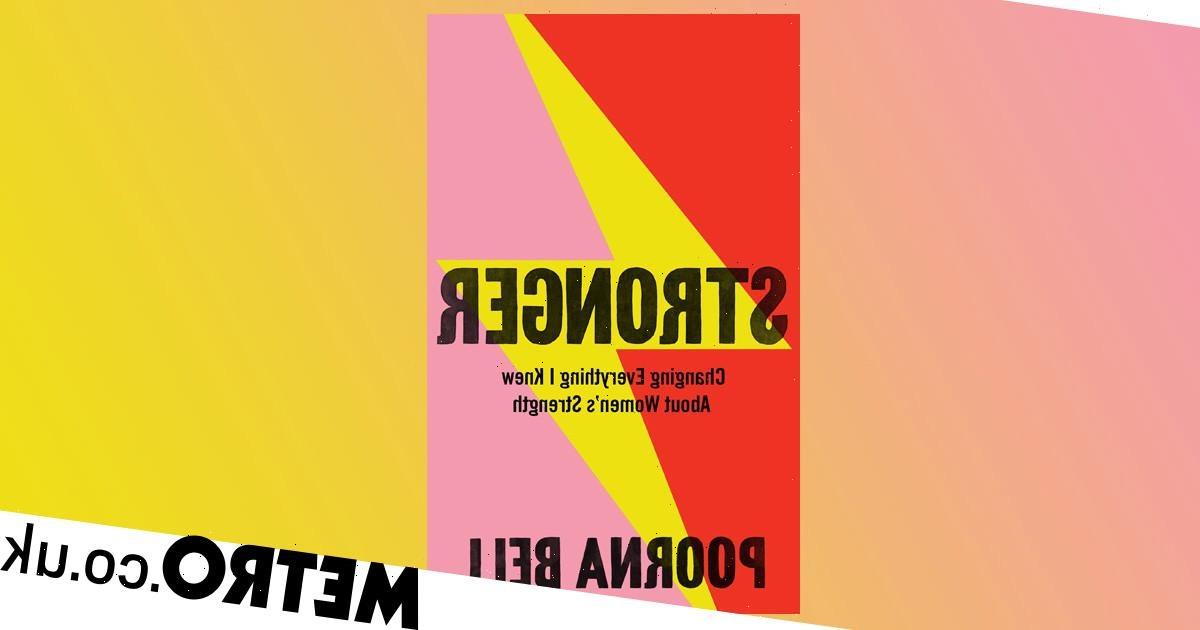