‘I didn’t sleep with everyone…I wouldn’t have had time to paint!’ The words of one member of the artsy Hampstead set who were in and out of each others’ beds in the 1930s – when they weren’t playing nude cricket!

When the sculptor Barbara Hepworth and the painter Ben Nicholson joined a group of friends on holiday in Norfolk in 1931, it took them just a few days to fall passionately in love.

They played nude cricket on the beach and danced the night away. When Barbara’s husband joined them a week into the holiday, it was so obvious they were having an affair that he promptly went back to London.

Neither of them seemed particularly concerned about their respective spouses — Ben’s wife had just given birth to their third child — but then infidelity was almost a given in their circle. As this beguiling account of a close-knit group of artists, designers and writers shows, they had high ideals but weren’t much bothered by conventional morality.

Together, Hepworth and Nicholson were at the heart of the Hampstead Modernists, who in the 1930s gravitated to a leafy corner of North London, drawn by cheap rental prices, proximity to the wilderness of Hampstead Heath, and a supportive circle of like-minded friends. 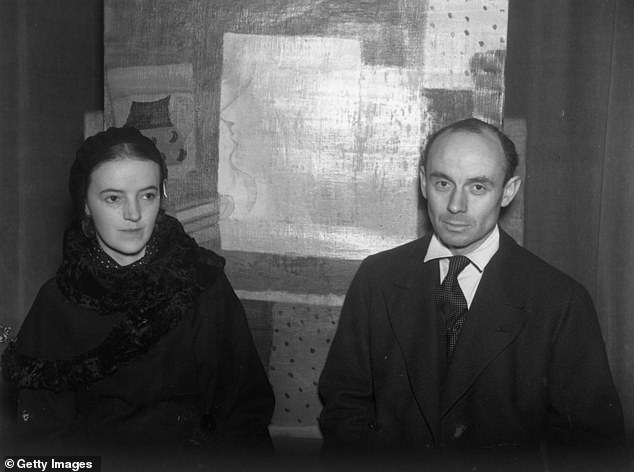 Like Ben Nicholson and Barbara Hepworth, all were experimental, unconventional, wildly creative and had messily intertwined personal lives.

Circles And Squares immerses you in the art world of the 1930s, but be warned — unless you are very knowledgeable about modern art, you will have to do a lot of Googling to find out who is who and why these artists are important.

Curiously, author Caroline Maclean even neglects to define modernism: since you ask, the Encyclopaedia Britannica calls it ‘a break with the past and the concurrent search for new forms of expression’.

Barbara Hepworth was already living in Hampstead when she began her relationship with Nicholson. While her marriage ended without much drama, he spent several years flitting between Barbara and his wife Winifred, who was a fine painter in her own right. 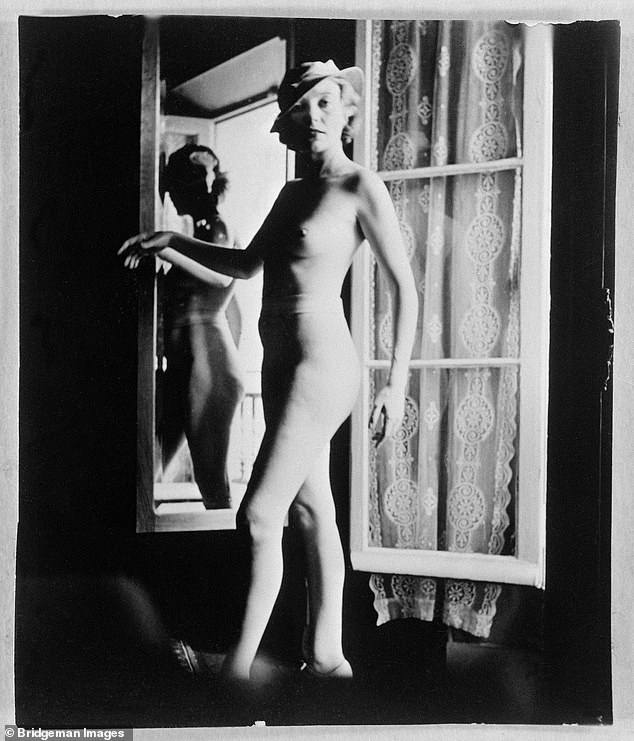 Nash was influenced in his move towards surrealism by his brief but intense extra-marital affair with artist Eileen Agar (pictured, by Eileen Agar), another member of the group

He seemed puzzled by his wife’s distress: one of his friends commented acidly that while Ben and his circle ‘thought there was no such thing as jealousy . . . it didn’t seem to work out that way’.

Shortly after falling in love with Ben, Barbara made an abstract sculpture in pink alabaster and created a hole in its centre. Pierced Form, as it was known, represented a major breakthrough in her work and also inspired Henry Moore, who soon followed suit.

She and Ben didn’t marry until 1938 but, four years before that, she gave birth to triplets.

Despite the demands of motherhood, Barbara continued to work at a ferocious pace. ‘I’m not fit to live with unless I can do some work — even an hour a day keeps me civilised,’ she declared. 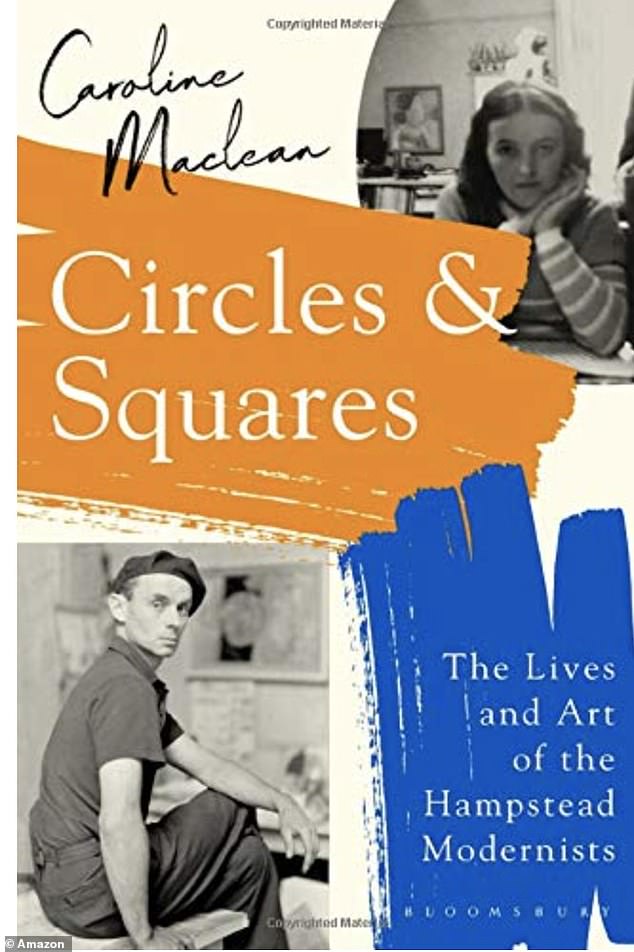 Circles And Squares by Caroline Maclean (Bloomsbury £30, 296pp). Today, wealthy Londoners — whether artistically inclined or not — can buy a slice of this piece of 1930s history

Their friend Henry Moore lived around the corner from them in Hampstead; Moore had known Barbara since they were both at Leeds Art School. Down the hill was painter Paul Nash, who had done brilliant work as an official war artist during World War I.

Nash was influenced in his move towards surrealism by his brief but intense extra-marital affair with artist Eileen Agar, another member of the group. Agar held her own in the male-dominated group of artists. Recalling a month-long house party in Cornwall with members of the Hampstead set, she said: ‘I for one did not go to bed with everybody who asked me. When would I have time to paint?’

One of the most interesting chapters in the book is about the modernist masterpiece that became known as the Isokon Building. It was the brainchild of engineer Jack Pritchard and his wife Molly, who wanted to build a block of flats in Hampstead which would provide semi-communal living. They enlisted the help of the dashing architect Wells Coates to build it; predictably, Molly soon started an affair with him.

The pure white building, with a shape rather reminiscent of an ocean liner, had external walls made of concrete, a material which had never been used in housing in Britain before.

Among its tenants was Agatha Christie, who lived there during the war. She liked the building’s ‘informal and happy atmosphere’ and wrote nine of her novels there.

A sign of how influential the Hampstead Modernists had become was the 1936 Surrealist Exhibition in London, which Roland Penrose helped to organise. He, Eileen Agar, Paul Nash and Henry Moore all contributed works, along with a raft of leading European contemporary artists — Dali, Picasso, Klee, Miro, Magritte, Giacometti and Brancusi.

The crowd at the opening of the show was so large that the police had to cordon off Bond Street.

Dylan Thomas offered guests boiled string in tea cups while a performance artist wandered around with a dummy leg in one hand and a pork chop in the other. When the show closed, Dali appeared wearing a diving helmet. The playwright J.B. Priestley thundered that the exhibition arose out of ‘moral perversions’ but the public loved it.

When war was declared the group drifted apart, either abroad or, like Ben and Barbara, to safer places such as Cornwall.

Looking back on that time, Barbara likened it to being ‘carried on the crest of this robust and inspiring wave’.

The white Isokon building, a monument to those heady days, became increasingly run down and was sold to Camden Council in 1972. Ken Livingstone, the council’s chairman of housing, wanted to demolish it but it was saved by its listed status and, eventually, the flats were beautifully renovated.

Today, wealthy Londoners — whether artistically inclined or not — can buy a slice of this piece of 1930s history.