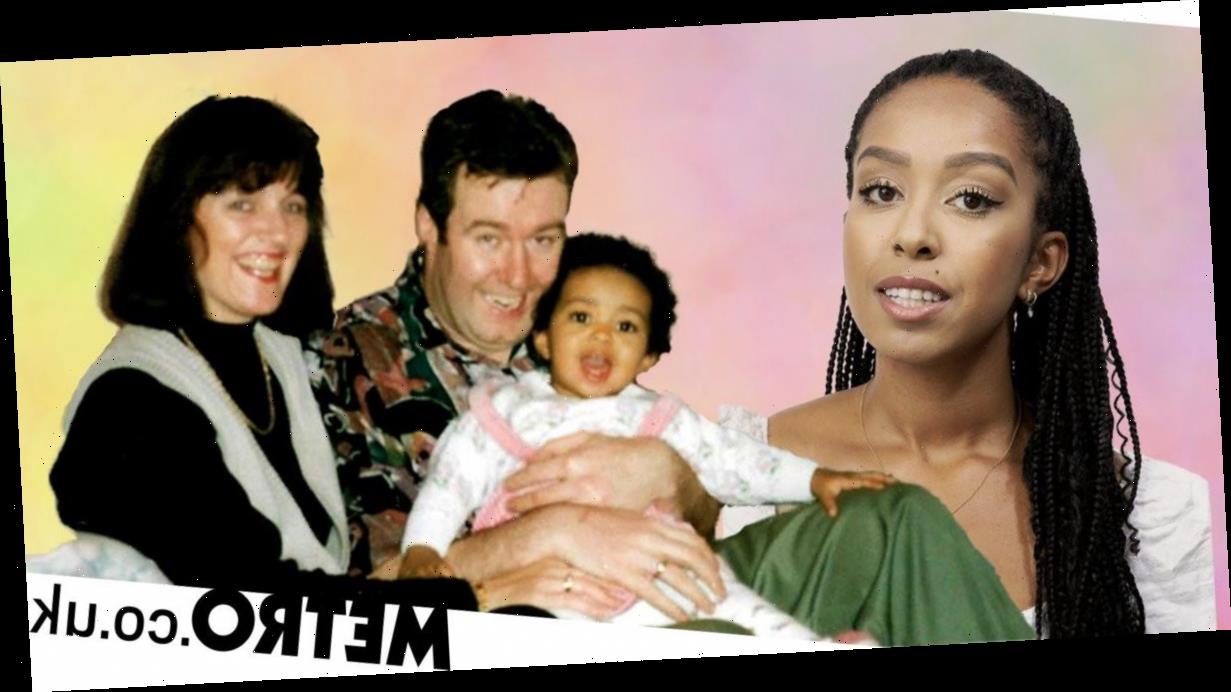 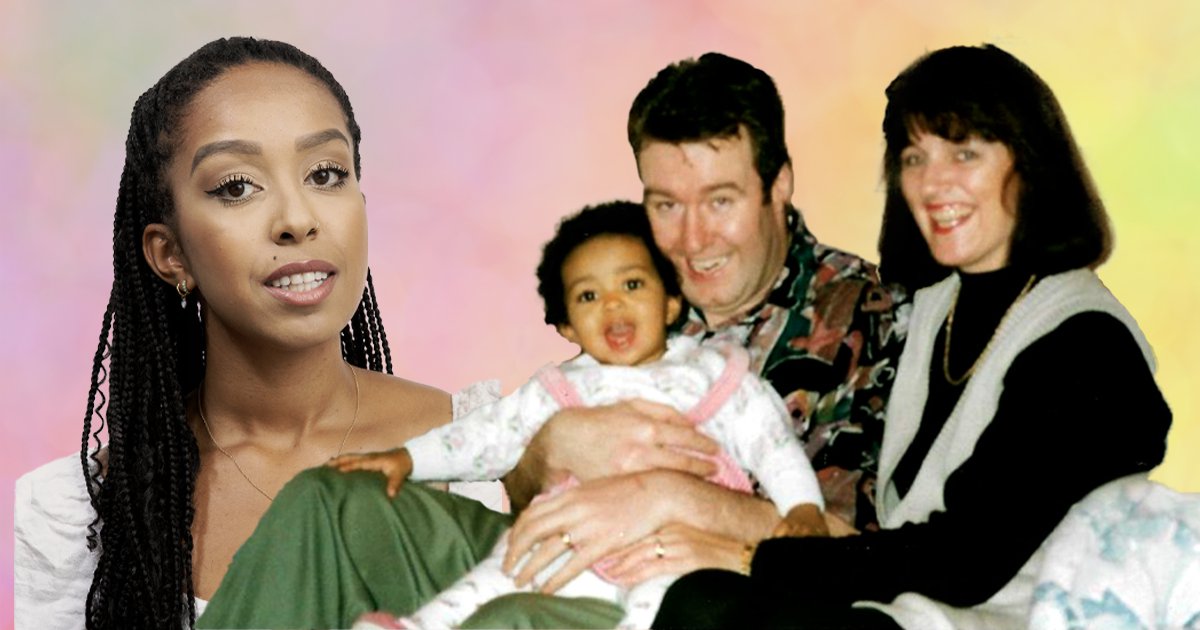 Georgina Lawton was born into a secret. A secret that destabilised her sense of self and threatened to tear her family apart when she finally found out the truth decades later.

In her moving and immersive new memoir, Raceless, Georgina unpicks the complex web of deceit that shrouded her childhood, and questions how race is so intricately tied to notions of identity.

Her story begins in a hospital bed in Hammersmith in the early 1990s. Her white Irish mother and white British father looked at their beautiful baby girl, with her dark skin, dark hair and dark brown eyes, and they silently made the decision to lie.

Georgina was told that she was white, just like her parents, throughout her childhood. When anyone questioned this, the family’s party-line was that Georgina’s skin tone and curly hair was the result of a ‘throwback gene’ from some distant lineage.

Being denied the knowledge of her own personal history was painful and deeply affecting for Georgina. The need for answers grew steadily within her, until she could no longer take the silence and all that emotion finally erupted.

‘I was blinded by my own rage,’ Georgina tells us.

‘I was so angry that I had been upholding this nonsensical family narrative for so long. My parents had no idea of how much defending of their story I had to do because they never acknowledged race in our home.’

As she got older, other children – and sometimes adults – started to ask Georgina questions about her family. Again and again she would repeat what she had been told by her parents; that they were her biological parents, no her mum hadn’t had an affair, no she wasn’t adopted.

‘I was adamant I was part of my family because I wanted to belong as a child,’ she adds. ‘So, when I found everything out, I was really angry. I smashed plates. I was screaming. I was furious that I had been denied so much knowledge of myself.’

Georgina discovered the truth about her heritage, about her Blackness, when she opened up the results of a DNA test on a sun-drenched morning in Nicaragua.

To tackle some of her anger and feelings of discordance towards her family, Georgina had left to travel, write and spend time in majority-Black countries as she worked through her complicated issues of identity.

On that brilliantly hot Caribbean morning, Georgina clicked on an email and found out that she was 43% Nigerian. But, rather than the elation she had expected to feel at finally knowing the truth, she felt even more adrift.

With no knowledge of a cultural identity or history that she could connect to, Georgina felt that, even with these DNA results, she was no closer to filling that hole within herself, no closer to finding belonging.

‘I think that part will always be a work in progress,’ says Georgina. ‘I can very much see myself as a Black mixed woman, but the specificity of which country I come from, and why I look the way that I do – also knowing about cultural identity, the foods, the traditions. I’ve never been to Nigeria. So I don’t know all of that.

‘But I think there are definitely parallels between my experience and that of a lot of second generation Nigerians and Ghanaians. I have friends who live in the UK and their parents want them to speak Yoruba or Asante, but they can’t because they live in the UK, and they have a British cultural identity.

‘That’s always something that I think people can relate to, not being quite Black enough for back home because you’ve been culturally socialised in the UK, and then not quite British enough either because of your skin colour.’

Georgina calls it racial imposter syndrome. It’s this sense of feeling like a fraud, or that you have to justify your own position and identity in terms of your race. She felt this as a child, and she still feels it even now she knows that she is Nigerian.

‘I still don’t know anything about where I am from,’ she says. ‘That element of feeling like an imposter in my Nigerianness, I think that will still be there for a while, because you learn cultural customs through family osmosis, and I don’t have that right now.’

In her book, Georgina paints a picture of a truly contented childhood. She was loved, secure, and never wanted for anything. Apart from this fundamental deception, Georgina’s memories of her early life are overwhelmingly happy ones.

She says that discovering the truth fragmented this somewhat, that the silence around race from her parents and her wider family, fractured her sense of self and her stability. It was really difficult for Georgina to reconcile this with the undeniable love and warmth she felt growing up. The two experiences didn’t seem to marry up.

‘Sometimes I felt like I was going mad,’ she says. ‘It was really difficult at times.

‘When I came back from travelling, I decided to really stick with therapy. I was really lucky that I could afford a Black, female therapist each week, and my mum paid for another therapist, for the pair of us to go and see together.

‘There was love, but there was also a huge secret that I was carrying on behalf of my parents. That was really tricky.’

On the flip-side, Georgina says the family-wide silence about her mum’s infidelity is what kept their family together.

‘It was my dad who swallowed that, and stayed and raised me and showered me with so much love,’ she explains. ‘The silence was the best thing that happened to me, but also one of the worst.

‘And when it all came out, I was so fragmented. I really had to do a lot of work to piece myself back together.

‘But, I put myself in my parents’ shoes and I felt like OK, I can remember all the love that we had . I can remember everything that happened in my childhood that was full of joy. Other than this secret, we had a really happy family. And I just had to not lose sight of that. Therapy really helped me reconcile those two elements.’

Georgina hopes that sharing her story will help to make narratives about race and belonging less prescriptive and less limited. She also hopes people will stop making assumptions about a person’s identity based solely on how they look.

‘We really need to have a bit more empathy for people whose identities have been formed in those gaps in between expectations,’ says Georgina.

‘We can’t look at a person of a minority heritage and assume to know what they have a cultural affinity with. But we need to stop doing that, because it’s really reductive to all of us.

‘If you don’t know your family history, if you have been denied access to knowing about your heritage – as many people have for many reasons – it can cause a lot of shame. This is why it’s so important to share these stories, and it’s encouraging to see how the conversation is moving on.’ 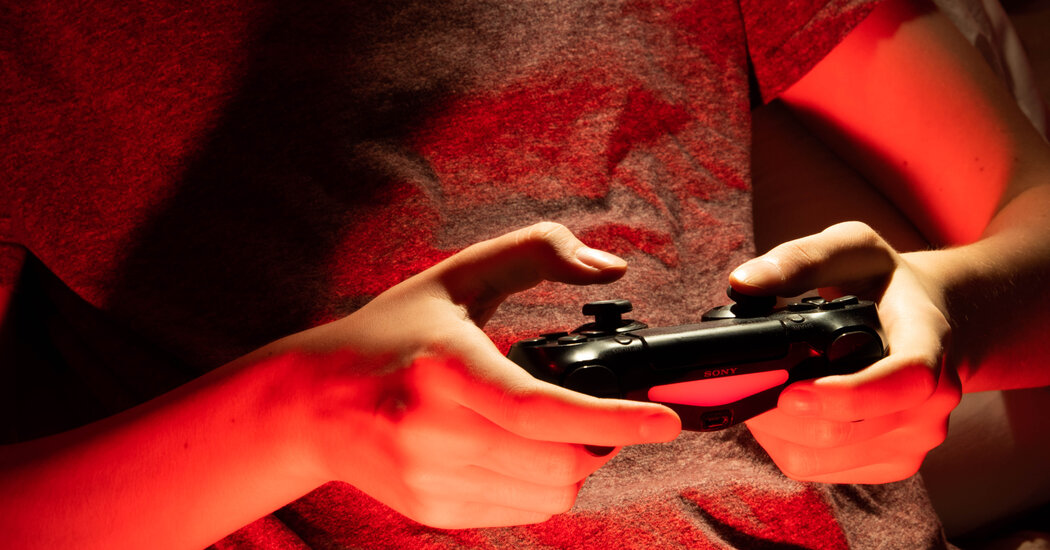