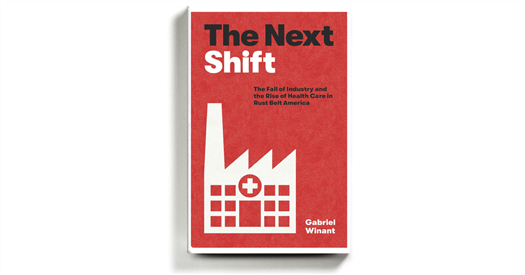 Bad times for American labor have also meant boom times for a certain strain of American nostalgia. According to a well-worn narrative, the postwar era was an idyll of heavy industry and stable union jobs; a family with 2.5 children could get by with just one breadwinner — the archetypical working-class man, who toiled in a sooty industrial plant before coming home to a house that was impeccably maintained by his doting wife.

Decades after the collapse of its steel industry, Pittsburgh exemplifies how the trace memory of an old identity can live on in a football team (the Steelers), a nickname (Steel City) and even a local beer (Iron City), while the industry that actually flourishes there now — health care — garners no such reverence or recognition. The fastest growth in the sector isn’t for anesthetists or X-ray technicians but for poorly paid caregiving jobs; most of these care workers are women, and many of them are Black.

During the pandemic, these workers have been called “essential” — but as the historian Gabriel Winant explains in “The Next Shift,” remuneration and job protections haven’t kept up. “Care workers are at once everywhere and nowhere,” Winant writes. “They are responsible for everyone, but no one is responsible for them.”

The replacement of blue-collar work by pink-collar work has been much discussed, but what makes this book stand out is Winant’s argument that two seemingly distinct phenomena are in fact inextricably connected: “It was not a coincidence that care labor grew as industrial employment declined.” In the 1970s, deindustrialization pushed an ailing and aging population into unemployment, toward the welfare state — always tentative, in the American case — for their survival. Unlike other social institutions, which buckled under political pressure and austerity cuts, the American health care system flourished, having grown already in response to the rise of collectively bargained health insurance during the flush postwar years.

Winant traces the surprising story of how this happened, taking Pittsburgh as his focus. The city and its surrounding county offer one of the starkest examples of a local economy not simply shaped but warped by the steel industry, whose reach extended through the entire social fabric, right down to the level of family relationships. Winant, who teaches at the University of Chicago, consulted the archives, examined the data and conducted his own interviews to glean an intimate look at how a city of steel became a city of health care aides.

“The Next Shift” is an original work of serious scholarship, but it’s also vivid and readable; Winant has an eye for the telling, and occasionally crushing, detail. One ambivalent steelworker recalled that he always brought his lunch in a brown paper bag that consistently failed to protect his sandwich from hungry rats; he resisted getting a proper lunch pail like the others because it would mean that he was resigning himself to staying put. A woman remembered growing up amid the hushed silence of a house that had to be kept quiet and dark so that the father she barely saw, who worked night shifts, could get some sleep during the day. Households had to organize themselves around the needs of the industry. Each family became “a little factory.”

Despite the sentimentality that has attached to the steel mill, the work it generated was not only dangerous, it was also unpredictable and not infrequently alienating. Winant describes how a coke shoveler working night shifts lost “control over his body’s rhythms — eating, sleeping, toiling,” which in turn made it harder to maintain the performance of masculinity that was so central to his identity. Not to mention that the job security afforded by the union’s collective bargaining wasn’t evenly distributed. In the 1950s, as the demand for steel slackened with the end of the Korean War, layoffs hit Black workers first — they tended to be marginalized within the union, and kept in the worst positions at the mill.

For a time, steelworker unions obtained higher wages, outstripping inflation; then, responding to government pressure to keep wages down, they bargained for better health insurance, which generated its own inflationary dynamic in the health care system. Winant offers a lucid explanation of how the peculiarities of this system developed into what he calls the “public-private welfare state” — a dysfunctional realm of escalating health care costs and entrenched and entangled interests that no one seems capable of replacing.

This public-private welfare state was what awaited the workers cast off by a collapsing industry. Winant notes that the two social institutions that have prospered since the 1980s have been prisons and health care delivery: “Like the expansion of the prison system in the final decades of the 20th century, the rise of the health care industry afforded an economic fix to the social crisis brought about by deindustrialization.”

Hospital work was labor intensive, and it opened a job market for those Black Americans, including domestic workers, who were the first to be displaced by automation and industrial decline. Their exploitation, Winant says, “formed the basis of the bonanza for everyone else.” This work force was largely excluded from the midcentury prosperity and security it helped to create, and the ensuing cycle was vicious: “Caregiving could be offered at large volume to the insured fractions of the working class because its costs were passed on in such significant proportion to hospital employees via low wages.”

This system, as depicted in Winant’s eye-opening book, is not only inhumane but unsustainable. Toward the end of “The Next Shift,” he introduces us to Nila Payton, a medical secretary who takes calls all day from patients with mesothelioma and black lung at the pathology office where she works. The place is part of Pittsburgh’s enormous hospital complex, but her office is so understaffed that it’s sometimes hard to find someone to cover the phone when she needs to use the bathroom. She says this has damaged her bladder, and in nine years of working there she has never received more than a 15 cent raise.

“Like many patients,” Winant writes, “Payton is now in medical debt — though in her case it is to her own employer.”