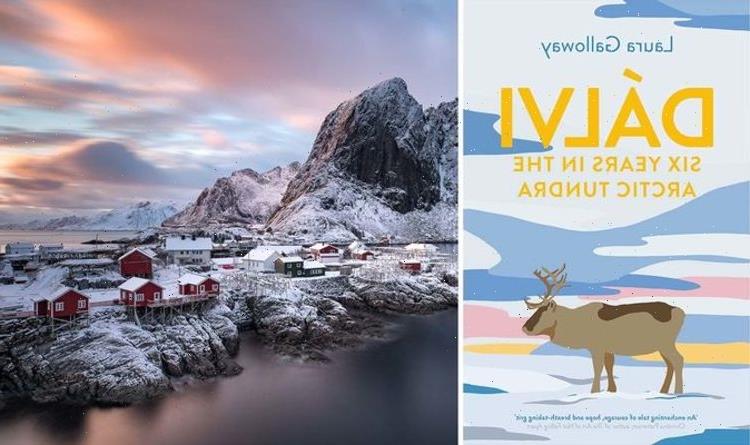 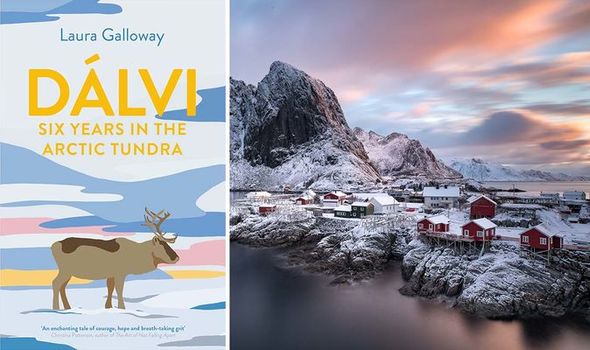 But in a move that Sarah Jessica Parker’s character never considered, in 2013 Laura fell in love with a Norwegian reindeer herder, put everything she owned in storage and moved to the Arctic. It all began when she received a free DNA test in a gift bag at a conference. Curious, she took the test, sent it off and forgot all about it until the results arrived.

“I was completely bewildered to read its findings,” she says now. “It suggested that I might have some very ancient DNA relating me to the Sami people, who are the indigenous inhabitants of Finland, Norway and Sweden. This was the catalyst that really set me off on this journey.”

Intrigued, and drawn by a long-felt need for belonging, Laura took a trip to the fjord-lands in the remote north of Norway. She was invited to a wedding and met Ailu, a reindeer herder who had left school at 13.

When the holiday was over, she returned home to New York, but they kept in touch, which was not easy, as neither spoke the other’s language. After a few months, a smitten Laura and Ailu rented a small, sparsely-furnished apartment in his village, and she left New York for good, taking little more than her two pet cats Rennie and Boo.

He moved in, and while she kept house and worked remotely on her computer, he spent weeks at a time herding his reindeer across the tundra, where the temperature routinely drops below minus 45ºC.

The couple had just spent a lovely Christmas and New Year with his family, enjoying bowls of risgrot, a traditional Norwegian festive rice pudding. Then, out of the blue one night, Ailu announced that he was moving back in with his mother.

“He told me to go back to New York,” Laura explains, describing the way he broke the news as “efficient and swift in his delivery, much the same way he might kill a reindeer”.

On their New Year’s Eve together, Laura had written down her resolutions for 2014: Learn to knit; master the Sami language; get her snowmobile licence.

She feared losing her connection with Ailu’s relatives. “In a culture where family literally means being tied to a group for survival, it was a scary prospect,” she admits. “Everything unravelled in a second, nothing made sense, and all stability evaporated.”

Aware that everyone she knew expected her to leave but determined that this would be “not just another ‘failed reindeer herding love story’,” she decided to stay and make her ambitions come true when it would have been “prudent” to have bought the first flight out of Norway.

“I realised I still had everything to learn in a place so unlike anywhere else I’d ever been, and that I had a chance to stretch myself,” she explains. “It was scary and exhilarating, but it was also enticing.

This was no easy task. The village was two hours away from the nearest small town and Laura didn’t have a car.

“I had to figure the most basic things out ‑ where do I get firewood, how do I pay bills. And of course you couldn’t google the local plumber.”

As Norway’s “second winter” arrived ‑ the one where the sun doesn’t drop beneath the horizon for months on end but stays in the sky 24 hours a day ‑ Laura found herself trying to learn the language and to cope in an often mystifying new culture.

“In my previous life, a Saturday night would definitely not have involved smoking reindeer meat in a tent on the frozen expanse of the tundra with a family of Sami herders,” she laughs.

“Instead, I would have been at a progressively boozy dinner with friends, spending hours talking about their work and my media job, and of course there would always be talk about relationship problems, and how busy everyone was, followed by a sharp hangover the next day and the stress of worrying about Monday morning,” recalls Laura, now 50, who has written a compelling book about her search for self in this remote community.

She got a job writing for the local Sami newspaper, Sagat, after the editor agreed to translate her words into Norwegian.

She even studied for a Master of Arts degree in Indigenous Journalism from the Sami University of Applied Sciences.

“I’d spent so much time there that I realised I needed to have some sort of professional and academic understanding of the culture, and to learn more about the place in which I was living.”

In time, she was also able to become friends with Ailu. “We came from two totally different backgrounds and I think it was a big stretch for him to invite someone into his life, particularly given the responsibility of trying to teach me everything.” And she was gaining insights into herself as well.

“My experience in the Arctic tundra took me outside of everything I knew, and everything I thought made me ‘me’, to a place where I now think nothing of not showering for three days or chopping wood for a fence post.”

Laura says it is a place “where you have to be with yourself because there are no distractions, only work and nature and time.” She also began to discover a true sense of belonging.

“I realised that family and connection, and a sense of place and home, are things we create.”

She thinks her initial decision to leave behind everything familiar was the result of a tough start in life. “I had a difficult childhood that left me with a lifelong search for belonging,” she says.

Her mother had died when she was three, and she never felt accepted in her blended family. “I was always the outcast,” she adds.

After almost four years on her own, she realised that she was ready to find a relationship. It was while she was on a brief work trip to London in 2017 she met and fell in love with an English businessman, Jonathan.

“He’d always said he’d never date anyone who lived further than ten miles away, but ended up having a long-distance relationship with me in the Arctic.”

On his first visit to Kautokeino during a spectacularly cold winter, Laura looked out of the kitchen window to see the most amazing Aurora Borealis she had seen in six years.

“I got the reindeer-skin boots and pushed him out of the door in front of me. Everyone was out on the street in our village to witness the most wondrous auroras. It was his first night and so romantic, watching this incredible light show.”

It felt like a sign and two years ago, Laura packed up her car with her four pets and drove 2,500 miles across seven countries to the UK to her new life in Sussex with Jonathan.

“I know now that home is inside you and all around you with the people who love you unconditionally, no matter the distance or location,” she says.

Dalvi: Six Years in the Arctic Tundra by Laura Galloway (Allen & Unwin, £14.99) is out in paperback on February 3.