Her husband died and Mary blossomed: Biographer reflects on the life of 18th-century artist Mary Delany, whose work flourished after tragedy

Nestled in the archives of the British Museum is a series of paper collages by an 18th-century artist. Though few people know her name, Mary Delany’s exquisite creations are some of the most original works in the museum’s collection.

Mary Granville was born in Wiltshire to a well-connected, but impecunious, family. Pretty and high-spirited, the 17-year-old Mary was staying with her uncle, Lord Lansdowne, at Longleat House when she met Alexander Pendarves.

A Cornish landowner four decades older than Mary, Pendarves was smitten by her. She, though, found him repellent — he was overweight, drank too much, suffered from gout and was usually in a foul mood. 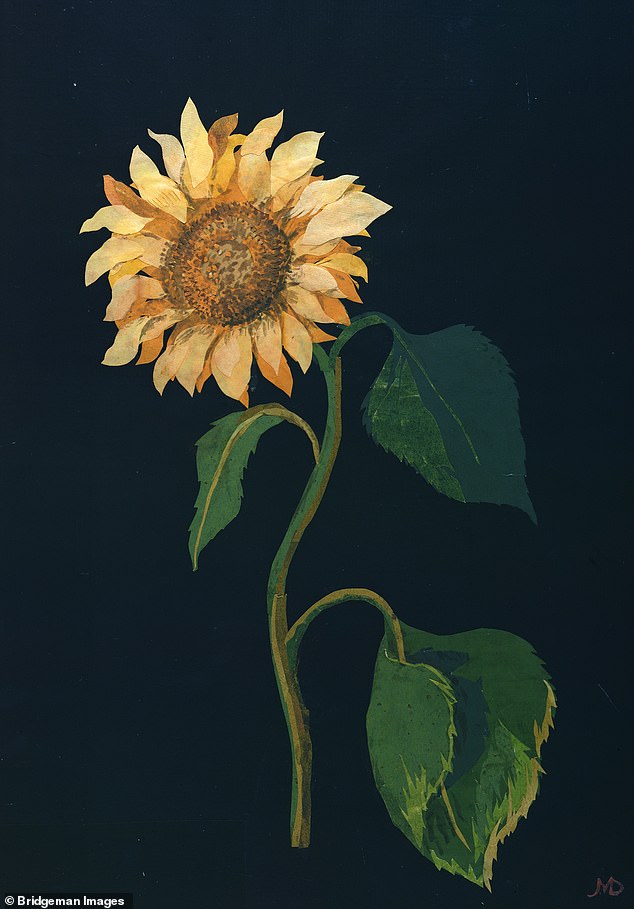 Mary took to dressing as unattractively as she could and making sure never to be alone with him in case he proposed.

Her efforts were in vain. Mary’s relatives were set on the match, as marriage to the wealthy Pendarves would relieve her family’s financial pressures. She later wrote: ‘I had now nothing to do but to submit to my unhappy fortune.’

At his gloomy castle in Cornwall — she burst into tears the first time she saw it — Mary did her best to be a good wife.

Then, after four years of marriage, Pendarves died unexpectedly in his sleep. Although he left Mary poorly provided for, she was exultant. ‘Finding myself free from many vexations,’ she wrote, ‘soon brought me to a state of tranquillity I had not known for many years.’

Determined to remain single unless she could marry for love, Mary turned down numerous proposals. In many ways, she was an early feminist, fulminating against the paucity of choices for women.

‘Why must women be driven to the necessity of marrying?’ she demanded, adding that for women without an income, matrimony was ‘an irksome prison’, instead of ‘a happy union of hearts’.

Like one of Jane Austen’s heroines, Mary fretted about her young relatives, gossiped about the Royal Family, spent her time painting and went on long visits to friends’ country houses.

She was also very well read and passionately interested in politics.

Mary clearly had a great gift for friendship, and her circle included the composer Handel and the satirist William Hogarth.

She also became a great favourite of King George III and Queen Charlotte, who would regularly drop in unannounced and sit on her sofa drinking tea.

At the age of 43, Mary received yet another proposal, from Irish theologian and author Patrick Delany. He wrote offering her ‘a good house . . . a good many books, a pleasant garden’, adding touchingly: ‘Would to God I might have leave to lay them all at your feet.’ He was of lower rank than her, but, to the dismay of her family, she accepted him. The Delanys’ marriage was a very happy one. If they weren’t travelling together, Mary was increasingly absorbed by artistic pursuits: painting, making shell decorations, doing fine needlework and revelling in her garden. 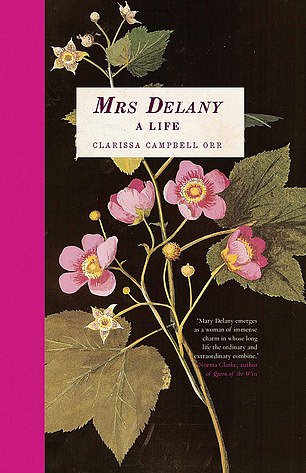 When she was widowed in 1768 after 25 years of marriage, she was desolate. Yet, remarkably, it was in her 70s that Mary truly flourished as an artist. Noticing the similarity between a geranium petal and the scrap of red paper by her bedside, she began cutting out paper petals to recreate the flower. The result was uncannily lifelike: ‘I have invented a new way of imitating flowers,’ she wrote to her niece.

She continued to refine her technique. Cutting out tiny pieces of paper and attaching them to a black background with a paste of flour and water, she would use as many as 200 minute slivers to build up her flowers, layering them to achieve depth and shadow. As word of her skill spread, friends began sending her botanical specimens from all over the world so that she could capture them in her ‘mosaicks’.

Mary spent ten years creating a library of almost 1,000 meticulous plant portraits, a wondrous combination of art and science, until failing eyesight forced her to stop.

The works were never displayed to the public, but were eventually collected into ten albums, known as the Flora Delanica.

Biographer Clarissa Campbell Orr immerses you in the minutiae of Mary’s life. At times, the wealth of detail feels overwhelming, yet the section on the magnificent collages feels strangely rushed and leaves you wanting to know more.

Luckily, the Flora Delanica, in all its fragile glory, is available to be viewed on request at the British Museum.