Happiness is a hammock in the great outdoors: Nature writer explores the biodiversity across eight acres of marshland

Simon Barnes is a brilliant sports and nature writer, as well as an ardent conservationist. He talks of the natural world with a boyish enthusiasm — whether marvelling at a marsh harrier or ‘rejoicing’, as he puts it, at an ‘otter turd’.

On The Marsh is a pleasantly rambling record of his thoughts, experiences and musings as he gently tries to increase the biodiversity of the eight acres of marshland beside his house in Norfolk, of which he has become the proud custodian.

It is enhanced throughout by the presence of his teenage son, Eddie, who has Down’s syndrome and is a passionate devotee of the great outdoors and its magical inhabitants — a true nature boy. 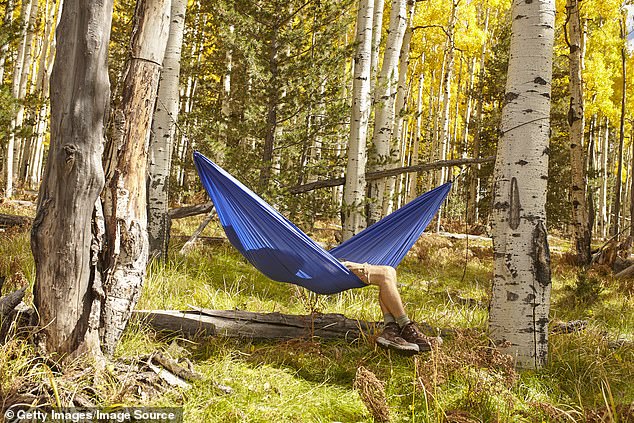 Nature writer Simon Barnes, explores the eight acres of marshland beside his house in Norfolk in a fascinating book (file image)

He once wrote a fan letter to David Attenborough and received a handwritten reply — which tells you all you need to know about what kind of man Sir David is, if you hadn’t already realised.

Eddie loves to ask the ritual question: what is such-and-such an animal’s power? It elicits some wonderful answers from his dad — after some thought.

What is a barn owl’s power? Barnes’ answer: silence. The owl’s eerily inaudible flight — compared to the flapping and clapping of a wood pigeon, say, or the machine-gun eruption of a pheasant — gives its prey no warning of its approach.

It also means the owl can hear the faintest rodent rustling beneath the grass.

What is a marsh harrier’s power? Slowness. If an eagle flew that slowly, it would fall out of the sky, but a marsh harrier can glide incredibly slowly over reed beds to hunt, seeing everything below. It’s a wonderful way of dramatising the incredible attributes of various species.

Barnes’ rambling style may not be for everyone: he loves making obscure references to pop music, poetry and literature without explaining them.

On the other hand, he does write beautifully, especially of his greatest love — our wild birds — whether describing the mating of two swans as ‘a storm of white wings’ or the peregrine falcon in action a ‘bolt of doom’.

He has a missionary zeal for encouraging us to get out and enjoy the enriching and consoling power of nature.

I particularly agree with his suggestion that one of the most important of a nature-lover’s accessories is a hammock (cost: about £20). Sling it between two trees and you not only have a supremely comfortable perch, but the wildlife doesn’t appear to see you as human, either . . . so you see a lot more of them. The only slight risk involved is that, on a warm, sunny day, you might fall asleep. 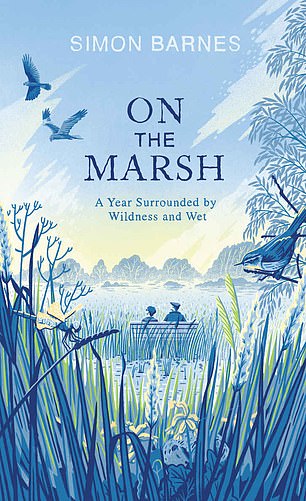 As to whether the state of nature is in relentless decline — well, the overall picture isn’t great, but Barnes relishes those occasions when humans do something for one purpose and the unexpected happens: nature springs to life.

A classic example is the flooding of the Suffolk coast during World War II to hamper a Nazi invasion. The Nazis didn’t come, but the avocets (a wader bird) did, the flooded coastlands providing their perfect habitat.

At a humbler level, anyone simply mowing the lawn isn’t just keeping the grass down, but ‘stopping the lawn turning into an oak wood’.

For bees and butterflies, a sunny lawn is ideal, especially if you sow a corner of it with wildflower seed.

Barnes feels that nature is tough, though: ‘Life will do its best to keep on living, and we should do our best to give it half a chance.’

On The Marsh is a delightful read, beautifully complemented by an invaluable map of the eight acres, complete with labels such as The Pond and Sitting Place. Here, father and son love to sit on an old wooden bench at sundown and just watch and see what they can see, along with cheese sandwiches, apple juice (for Eddie) and beer (for his dad).

As Eddie cries delightedly, after one particularly good day of bird spotting: ‘Noah’s Ark!’ And indeed it is: a Norfolk Noah’s Ark.

Next post Jenna Dewan ‘Beyond Overjoyed’ for Her Second Pregnancy