So much of early childhood is about animals. We dress toddlers in T-shirts emblazoned with zoo creatures, teach them songs about livestock and tuck them in with stuffed bunnies. Their picture books feature peace-loving bulls, cookie-loving mice and oversize red dogs who make excellent stand-ins for little humans. But the middle-grade years — when kids’ passions are still more fixed on kittens and horses than the opposite sex — are the real sweet spot for animal books. This is when we get animal protagonists with inner lives as complicated as a 10-year-old’s (“Charlotte’s Web”) and tender stories about kids whose beloved pets help them grow and mature (I call them bildogsromans), like Kate DiCamillo’s “Because of Winn-Dixie.” There’s also the recurring theme of an animal rescued by a resourceful child — what could feel more empowering to a 10-year-old than saving a life? Four new novels provide their own twists on these classic story lines and prove, once again, that tales about animals can help kids understand the world and themselves. 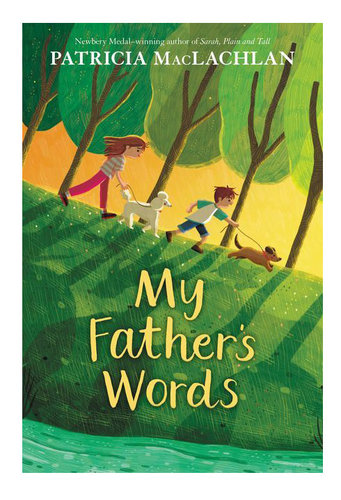 Patricia MacLachlan (“Sarah, Plain and Tall”) is the master of quiet books that pack an emotional wallop. She’s also a die-hard dog lover who’s written several novels celebrating the healing power of her favorite creatures. Her latest, MY FATHER’S WORDS (HarperCollins, 144 pp., $15.99; ages 8-12), finds the author in her element: It’s the story of a sister and brother who start volunteering at a dog shelter after their father’s sudden death. And though the premise might seem way too sad — or even a bit too obvious — MacLachlan turns it into something remarkable.

Fiona and Finn’s father was a psychologist who loved runny eggs, choral music, basketball and passing along bits of therapy-speak to his children, like the meaning of “passive aggressive.” After he is killed in a car accident, fifth grader Fiona notices that the younger Finn has become withdrawn and angry. When the children begin spending time at an animal shelter, Finn bonds with a dog named Emma. Fiona, meanwhile, begins to heal with the help of a former patient of her dad’s who calls her once a week to share her father’s words, which helped him years ago.

In this slim book, MacLachlan provides a beautifully nuanced portrait of one family’s recovery after tragedy. Yes, the dogs help the bereaved children — as Fiona puts it, “sometimes people needed dogs to teach the people how good they can be.” But they also find comfort in the kind gestures of neighbors, games of basketball in the driveway at night, favorite picture books and new stories about their father from people who knew him. Written in the solemn voice of Fiona, an observant girl who seems to have inherited her father’s instinct for listening, the book feels as direct and true as a dog looking you straight in the eyes. 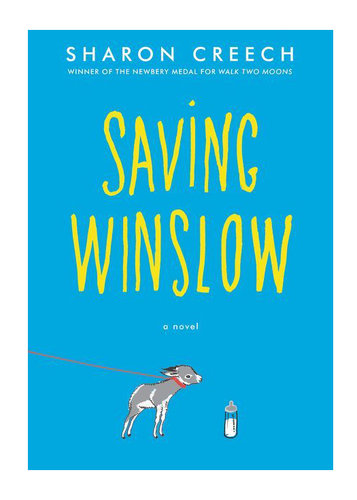 In Sharon Creech’s SAVING WINSLOW (HarperCollins, 176 pp., $16.99; ages 8 to 12) the rescued creature is a scrawny mini-donkey named Winslow, with “black eyes and feathery eyelashes.” Beware: This guy is so cute, young readers may be lobbying their parents for one.

Born on an uncle’s nearby farm, the “pitiful” motherless creature isn’t expected to live long. But 10-year-old Louie takes him in, and just like the immortal Fern with runty Wilbur, he pours on the tender love and care, bottle feeding him and wrapping him in blankets. Naturally, as Winslow begins to thrive, he gives back. He helps Louie deal with the painful absence of his older brother, who’s left home for the Army. And he coaxes Nora, an odd new girl who oozes negativity, into shedding her prickly exterior.

The bond that develops between boy and donkey is genuinely heartwarming. And in seeing Louie’s relentless efforts to keep Winslow alive — he sleeps with him in the cellar, wakes for 4 a.m. feedings and even learns how to administer injections — young readers may absorb a subtle lesson in passion and persistence. The plot itself is rather uneventful: At one point, Winslow goes missing, and that’s about it, drama-wise. But the story is buoyed by the whisper-weight chapters and Creech’s spare, poetic language. Creech isn’t writing in verse (which she used to great effect in “Love That Dog!”) but her words evoke imagery that will linger in a reader’s mind long after the final page. When Louie first sees Winslow, for instance, “he felt a sudden rush, as if the roof had peeled off the house and the sun had dived into every corner of the kitchen.” 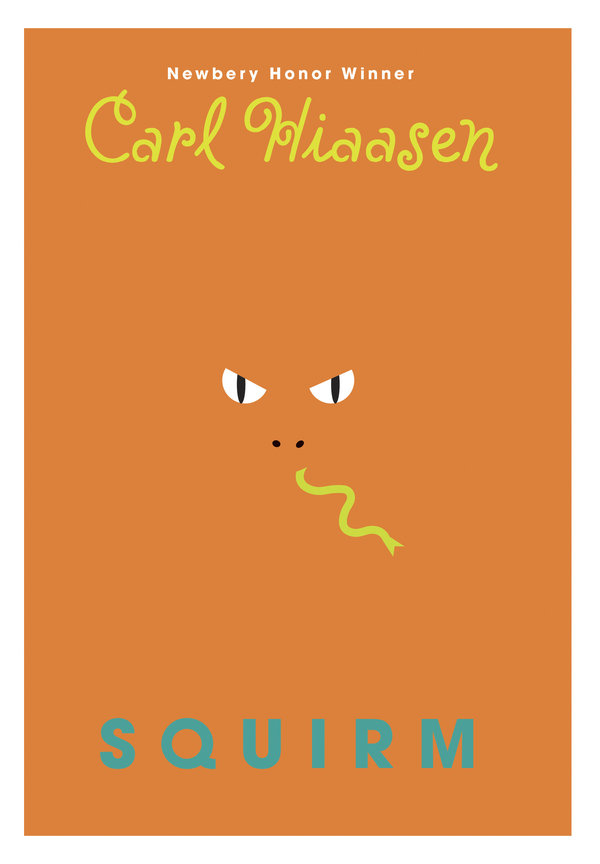 Sometimes the wild and fierce are more fascinating than the domesticated and cuddly. Carl Hiaasen’s best-selling middle-grade capers (“Hoot,” “Flush,” “Scat,” “Chomp”) all have intrepid tweens, lawbreaking baddies and endangered Florida wildlife at their center. His latest, SQUIRM (Knopf, 276 pp., $18.99; ages 8 to 12), is narrated by Billy Dickens, who lives with his mom and sister in Florida. Billy doesn’t have a “halfway normal life” for a few reasons: He hasn’t heard from his father since he was 3 or 4, his eagle-obsessed mom makes him and his sister move every few years so they can live near an active nest, and he spends most of his free time with snakes.

When Billy figures out that his dad — who may or may not be working for the C.I.A. — is living in Montana, he flies out West to confront him. There, he meets his father’s new wife and stepdaughter and becomes embroiled in a high-stakes battle involving snakes, grizzlies, drones and villainous gun-toting trophy hunters. It’s a fun romp that will keep readers hooked, even as the plot becomes increasingly convoluted in the manner of a wacky PG-13 movie.

Perhaps best of all is the way Hiaasen conveys the wonders of wild creatures, from the “skittish and solitary” behavior of panthers to the unusual nesting habits of swallows. Don’t be surprised if after reading “Squirm,” your young reader tells you the safest way to handle a yellow rat snake or scare off a grizzly.

And now that we’re on the subject of bears, let’s consider the most famous bear of all. Most children think of Winnie-the-Pooh as the mustard-yellow bear in the bafflingly small red shirt. But before Disney got hold of him, dear sweet Pooh was, of course, the creation of the British author A. A. Milne, whose inspiration was an actual black bear named Winnie at the London Zoo during World War I. 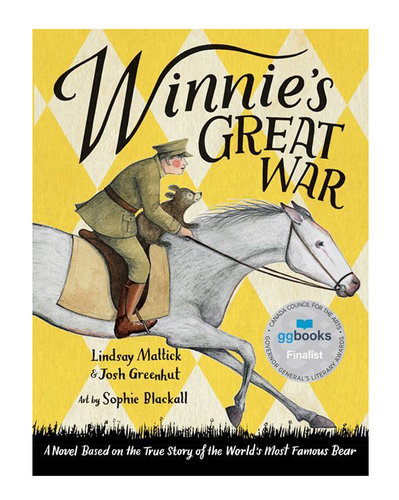 Adopted as an orphaned cub by a Canadian Army veterinarian named Henry Colebourn, Winnie eventually sailed to England with the troops. The author Lindsay Mattick and the illustrator Sophie Blackall shared the story in their 2015 Caldecott Medal-winning “Finding Winnie.” Now, Mattick (a great-granddaughter of Colebourn) has teamed with the author Josh Greenhut on WINNIE’S GREAT WAR (Little, Brown, 227 pp., $16.99; ages 8 to 12), a middle-grade novel, also illustrated by Blackall, that expands upon these events for a slightly older audience.

This fleshed-out Winnie is very much a reflection of Milne’s Pooh — a naïve, openhearted creature with a great weakness for food and capacity for love. We get a range of dramatic scenes conjured by the authors, including Winnie’s last moments with her mother (who utters “Be brave, my Bear!” before she’s shot by a trapper) and the friendships she makes with squirrels, horses and a rat named Tatters. While the juxtaposition of cute talking animals and excerpts from Colebourn’s actual diary entries is disorienting, the overall result is a work of undeniable charm. This is distinctively old-fashioned, gentle storytelling that children will enjoy hearing read aloud. And the photographs of the real Winnie at the end of the book are the clincher — a reminder that real animals can be more enchanting than any we’ve imagined.

Catherine Hong writes for publications including Architectural Digest and Martha Stewart Living, and blogs about children’s books at mrslittle.com. 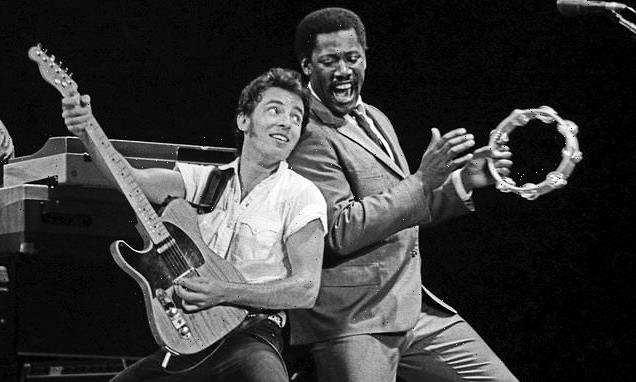 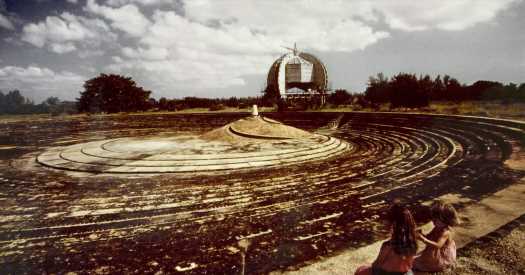