No end to the affairs! Torn between religion and lust, he would visit a monastery, then a brothel. But Graham Greene’s weakness for drink, women and opium didn’t stop him writing modern classics

RUSSIAN ROULETTE: THE LIFE AND TIMES OF GRAHAM GREENE

Like the brilliant journalist he always was, Graham Greene wrote so vividly that readers of The Power And The Glory, his masterpiece about the religious persecutions in Mexico, found themselves praying at Mass for the troubled ‘whisky priest’ at the heart of the novel.

Many said that Greene would have made an excellent priest, the poet Edith Sitwell among them: she felt he understood sin and redemption in a way the clergy didn’t.

But there wasn’t much danger of Greene ever donning a cassock: as he said himself, ‘Chastity would have been beyond my powers.’ That must be one of the understatements of the century. In Mexico City once, he visited both a monastery and a brothel, a fairly regular pairing, as this brilliant new biography from Canadian academic Richard Greene (no relation) dryly informs us. 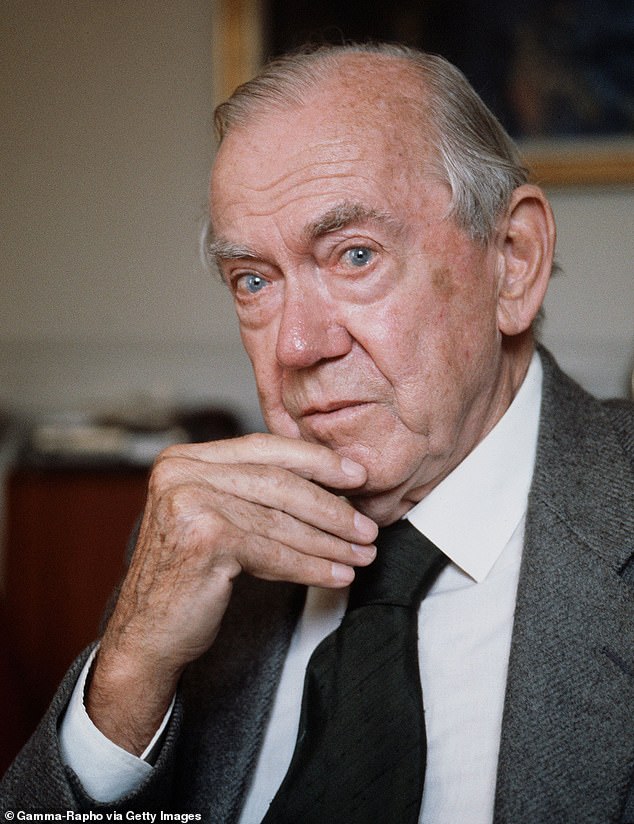 Greene’s love affairs started as a young student at Oxford University. As a teenager he conceived an obsessive passion for his younger siblings’ governess, a woman called Gwen Howell, about ten years older than Greene. One day he saw her lying on the sand, her skirt pulled up showing ‘a long length of naked thigh. Suddenly at that moment I fell in love, body and mind. There was no romantic haze about this love, no make believe’.

Still as powerful a description of teenage passion as you will find anywhere, I think. It was just a flirtation really, lasting six intense months. Though he would write five decades later: ‘Even today it seems to have endured as long as youth itself.’

Greene converted to Catholicism in 1926 in order to marry Vivien Dayrell-Browning, a Catholic, in 1927. It wasn’t a successful marriage, but nor was it especially unhappy. Despite Graham’s innumerable affairs, Vivien, whose mother had warned her ‘sex was hell and childbirth would probably kill her’, called herself Mrs Graham Greene until she died in 2003, aged 99.

Most of his lovers continued to speak warmly of him, though not necessarily their husbands. His companion for the last 30-odd years of his life was Yvonne Cloetta, a slim, beautiful Breton housewife who liked bright clothes and dancing.

The greatest novelist of the last century, and the most popular of all British literary writers, Greene’s long life spanned the whole of the last century. He was born in 1904 and died after a short illness in 1991, with his daughter and Cloetta, the deepest love of his tangled romantic life, at his bedside.

Over the years he had witnessed most of the significant events of modern history — the Vietnam War, the Six-Day War, the Mau Mau uprising in Kenya, the treachery of Kim Philby (they worked together for MI6 during World War II), the rise of Fidel Castro in Cuba and the guerrilla insurrections that tore across Central America. 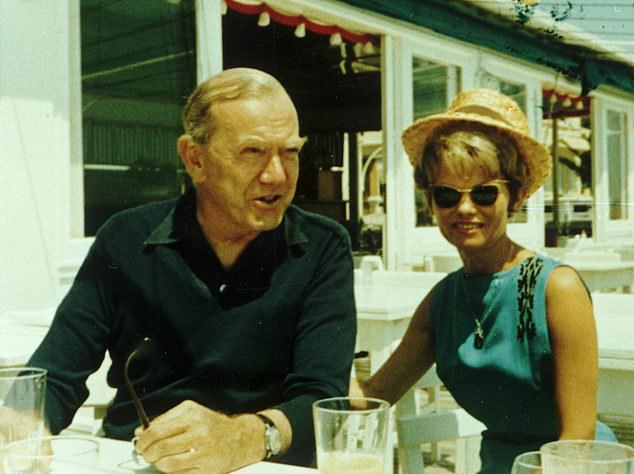 Graham who had a conventional middle-class upbringing, was sent to an influential London psychoanalyst and spiritualist at age 16. Pictured: Graham with Yvonne Cloetta

He loved drink and opium, and was addicted to danger and adventure as well as to beautiful women, who tended to return the feeling.

But it meant his life was always hitting some crisis, no matter how wealthy, successful and well-connected he was. Famous and celebrated at a young age — his novel Stamboul Train sold 30,000 copies when he was 28 and was filmed as Orient Express — he was also popular and charming, and could move effortlessly from a yacht cruise with Vivien Leigh and Randolph Churchill to the slums of Mexico or the battlefields of Vietnam.

He had a conventional middle-class upbringing, one of six children, and was educated at Berkhamsted School, where his father was headmaster and where he was bullied by boys who suspected him of betraying their secrets to the head. Always troubled — depression was in the family — even as a schoolboy he was experimenting with methods of suicide, once a fistful of aspirin and some deadly nightshade gathered on Berkhamsted Common. He was only 16 but after this his mother sent him to an influential London psychoanalyst and spiritualist. 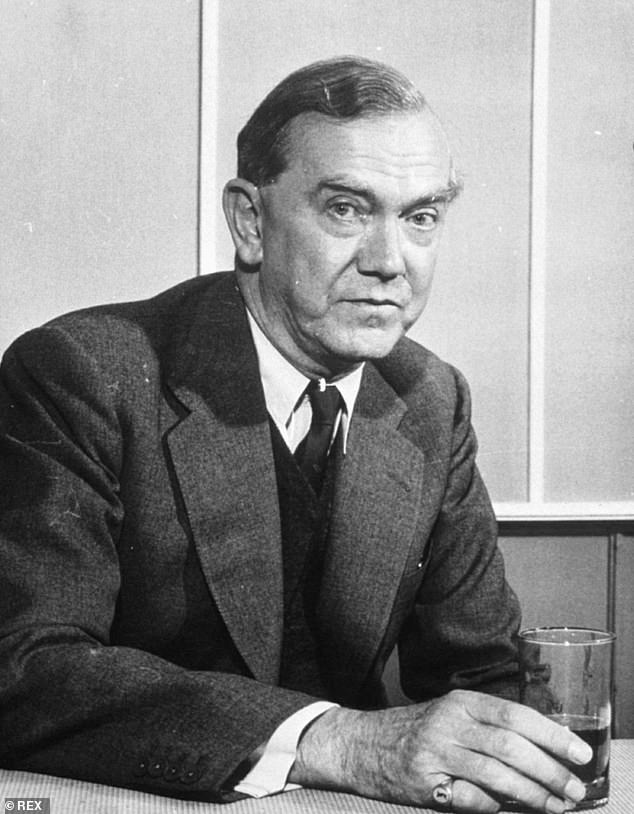 By the 1950s, Graham (pictured) had a failed marriage and a lover who refused to leave her husband for him

He loved the London artistic scene with its theatre and exhibitions and later said this was the happiest time of his life. Many years later he was diagnosed, almost certainly accurately, as manic depressive (we would now call it bipolar) by a distinguished therapist called Eric Strauss.

Greene, by the 1950s, was in a state of crisis, with a failed marriage and a long-term lover, Catherine Walston, who refused to leave her husband for him. Strauss was essential to keeping the troubled writer going.

Greene wanted shock therapy, then in vogue, but Strauss refused. ‘Bear with your depression another fortnight,’ he said. ‘Meanwhile start writing down what you remember of your childhood.’

It was good advice: Greene did so and at once his depression lightened. Nothing worked better for him than putting pen to paper. 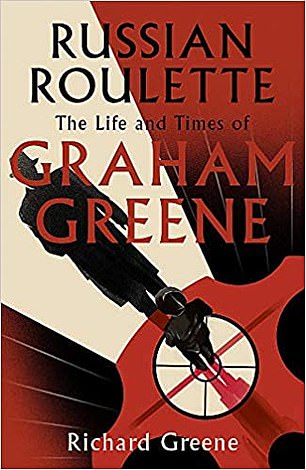 As he wrote in 1980: ‘Writing is a form of therapy; sometimes I wonder how all those who do not write, compose or paint can manage to escape the madness, the melancholia, the panic fear . . . inherent in the human situation.’

There can’t be many households in Britain which haven’t once had a few battered Graham Greenes on their shelves, jaunty in their orange Penguin covers, and costing an agreeable 3s 6d.

Now they cost a whole heap more and have some swanky introductions, but the words, those wonderful stories, are still the same beautiful, thrilling insights into the heart of man. And pleasingly concise: not for Greene the absurd, bloated 900-page doorstops favoured by too many modern writers.

Over the years he was always restless and inclined to boredom: depressions would give way to euphoria. He was thrill-seeking, risk-taking, promiscuous and hard-drinking, and he misused drugs — all symptoms of bipolar disorder.

His moods were extreme and variable — by turns irritable, playful, sexually needy or depressed. But he was always the master storyteller, the effortless weaver of intricate plots, the creator of characters who live for all time.

A Jesuit priest who knew him well said that Greene’s calling was ‘to show how real holiness can co-exist with real imperfection (greed, cowardice, lust, interior hate, above all disbelief)’.

A perfect description of the flawed, troubled heroes of Greeneland.