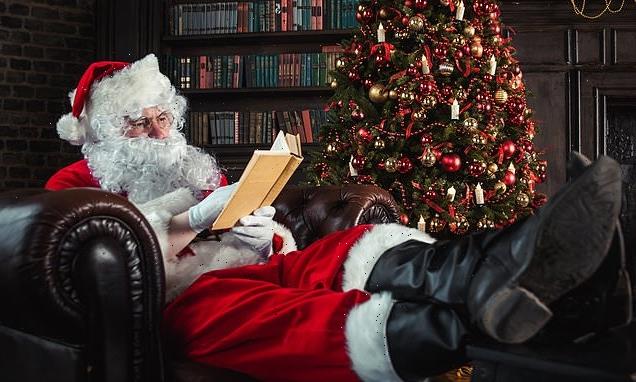 Feet up, mince pie… and a great book: Our critics select the best of the year’s novels to slip under the tree

This beautifully observed heart-wringer is narrated by a fifty-something chef whose dream of opening her own restaurant runs aground when her philandering husband gets early dementia. The Booker prize judges didn’t agree — it wasn’t even on their longlist — but for me there was no better novel published in 2022.

Set in 1970s Belfast, this engrossing Irish debut turns on the deadly fallout from a cross-class romance between an overworked young Catholic schoolteacher and a married Protestant barrister twice her age. Kennedy’s storytelling is marvellously direct yet doesn’t simplify her nuanced portrait of the period’s political and emotional tumult. 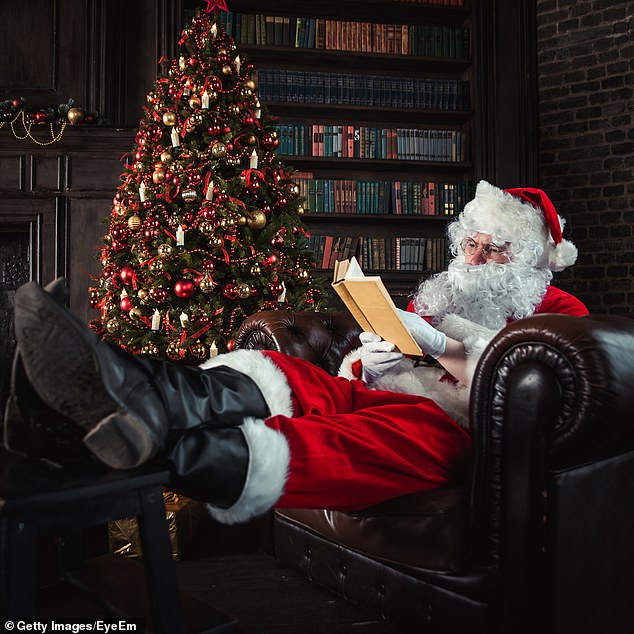 I had a blast with this big-hearted comedy about a New York wedding planner secretly swindling her ritzy clients. Among the laughs, there’s high drama involving the heroine’s brother (a closeted congressman) and their runaway mother, who abandoned them as children to lead a guerrilla movement in Puerto Rico.

Sometimes you don’t need to reinvent the wheel. This is an unashamedly conventional realist novel, but such an exceptional one that it’s bound to rekindle even the most cynical reader’s appreciation of the form. It’s Belfast in the 1970s, and a young teacher falls for an older married man. What happens next may not be surprising, but it is spellbindingly, heartbreakingly unforgettable. 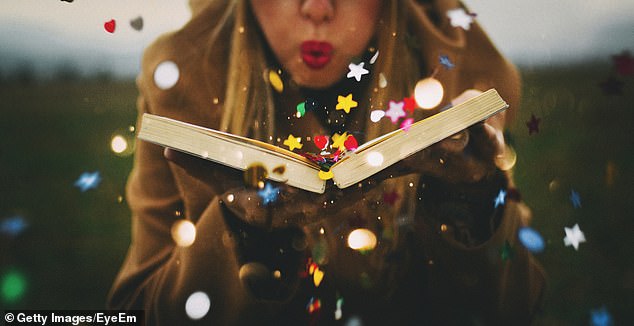 At the centre is Kiara, a young black woman who stands up to sickening police corruption.

Based on a true story, it is uncompromising yet exhilaratingly charged by Mottley’s deep feeling and stylistic flair.

Strap in for a gorgeously detailed epic of empires, gods, lost wealth and vast ambition. It’s an interstellar take on Cleopatra’s decadent Egypt and Julius Caesar’s bristling Rome, with characters that do justice to both the history and the legends. A huge, romantic space opera and stunning debut.

Ilmar’s an anything-goes kind of city where demons power the factories, dancing ghosts run a whole quarter and a mysterious wood is the gateway to new dimensions. Its takeover by imperial puritans would never be easy, and when things start to unravel, brilliant chaos ensues.

We’re whisked from colonial Canton to a fabulously reimagined Oxford where academics make the magic that runs the empire. Here, in the Babel Tower, students transform language into power and no punches are pulled in this razor-sharp dissection of privilege and its effects on our young academic heroes.

In the future, instead of trading carbon, multinationals can pay for the right to exterminate species, while financiers monetise the credits in a market-driven casino. Enter the Venomous Lumpsucker, the planet’s most intelligent fish, or ex-fish. Can it be saved? Should it be saved? Scabrously funny and satirical.

Long hailed as one of our foremost short story writers, Tessa Hadley’s novels continue to get better and better — and this is her finest, most pleasurable yet.

Set in 1967, it sees suburban housewife Phyllis swept up by the tide of change and falling for a much younger man. ­Sparkling, funny, plotty, wise and with an ending that will move you to tears, it’s near enough the perfect present in book form.

Mendelson made a triumphant bid for the virtues of the much-maligned ‘Hampstead novel’ with this fiercely uncompromising marital black comedy about a middle-class female artist struggling to emerge from the shadows of her egotistically toxic, self-deluded husband. Almost every whip-smart line draws blood.

THE DISAPPEARANCE OF JOSEF MENGELE

The long hunt to track down the Nazi doctor Joseph Mengele is told — riskily — from Mengele’s point of view in this perfectly executed piece of docu-fiction, which reveals the pitifully ordinary man behind the monster without once humanising him. Not quite Christmas Day reading, perhaps, but an all-too-resonant novel as 2022 draws to a close.

Robert Harris spins the known facts of the two on-therun Puritan regicides William Goffe and his father-in-law Edward Whalley into fictional gold, as the two duck and dive across New England following their role in the execution of Charles I. It’s a book about England’s bitter 17th-century civil war of ideas, of course, but in its depiction of ideological intolerance and fundamentalism there are shades, too, of our divided nation today.

Joanna Quinn’s debut is elegantly written and totally immersive. Helmed by fierce, imaginative Cristabel, it follows the fate and fortunes of the three Seagrave siblings as they stage a theatrical production in their crumbling Dorset manor, and cope with the darkness of World War II and the long shadow it casts over their ramshackle, but golden, childhoods.

‘What makes a monster?’ is the central question in Natalie Haynes’s wry, spry feminist take on the Medusa myth. With a cast of pernickety immortals, intemperate, rapacious gods and jealous, unreasonable goddesses, it also brilliantly gives voice to put-upon mortals, abused nymphs and long-suffering wives in a nifty reframing of Greek mythology. 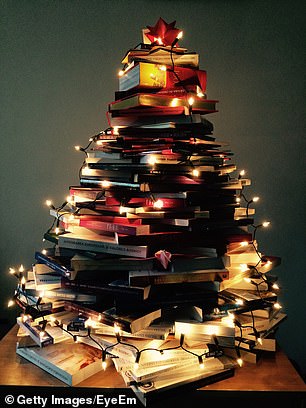 Jess Kidd’s magical fourth novel is anchored in harsh emotional realities. At its heart are two lost children — Mayken, who’s on board the doomed Dutch ship, the Batavia, shipwrecked in 1629, and awkward, anxious Gil, who’s trying to navigate life in Australia in 1989. Perfectly pitched, there’s a wonderful immediacy to their entirely beguiling stories.

Hernan Diaz’s Booker longlisted Trust is a tricksy, tantalising delight. With four interconnected narratives and a wealth of unreliable narrators including a Wall Street financier, his elusive wife and a sleuth ghost writer, it’s a mysterious tale of capital is made economic catastrophe, marriage and mythmaking, and a playful look at subterfuge and storytelling.

Written by a clinical psychologist, this emotionally intelligent thriller about domestic violence hooked me straight in.

London GP Jess is spending the summer in a rented cottage by the sea and finds herself obsessed with the family next door. Jess jumps in to help but misses some huge red flags. Gripping.

WHERE THE LIGHT GETS IN

A heart-breaking debut inspired by the author’s mother’s decision to end her life. Protagonist Delphi flies home to Australia when her terminally ill mother requests help to die. Back in the UK, she connects with the father she doesn’t speak to. It made me weep, but it’s worth it. Stunning.

Mia loves her cat, Pigeon, more than her husband, stepson and career. Frosty and spiky, Mia finds it hard to build or sustain relationships. Lonely because she has no friends, Mia joins a support group for people grieving dead pets — even though Pigeon is very much alive. Counter-intuitive and clever.

Stella thinks her relationship with husband Simon is pretty perfect. When he disappears with barely any warning, leaving her alone with their three young children and successful family business, Stella realises there are things she doesn’t know about the man she’s married to. Full of wisdom and wonderful on the importance of friendship.

CRIME AND THRILLERS by Geoffrey Wansell

One of the most striking crime novels of the year focuses on Lottie Arundel, a troubled teenager who became an elective mute a year ago — but why? The shadow of child abuse and the grooming of young girls hangs over a riveting story that tugs at the heart strings — and has a great twist at the end.

Oxford’s other cerebral fictional detective — aside from the legendary Inspector Morse — is DI Adam Fawley who has quietly built a fine reputation for seeing the complexities in the most straightforwardseeming crimes. Here it is a burglary gone wrong, which turns out to be much more complicated

The brutally murdered body of a woman is found posed in a glass-fronted house on the edge of Highgate Cemetery in London. Four objects have been carefully placed around her, but what are their significance? So begins this haunting story that sends more than a shudder down the spine.

Royal Marine Connor is on an exercise on Bodmin Moor in Cornwall to see if he can make it into Special Forces. There he encounters Eilidh who lives alone in an isolated, hidden farmhouse. She offers food and warmth but turns out to be a far creepier host: menace at its best.

No argument — this is Turow’s finest novel since his breath-taking debut Presumed Innocent 35 years ago. Defence Attorney Rik Dudek is defending his friend, a female police chief, who is accused of soliciting sex from three of her male colleagues. Serpentine storytelling delivers a terrific finale.

When a human rights activist is found with her throat slashed inside the British Embassy in Paris, the Ambassador Ed Barnes is horrified. The French authorities call it suicide, but he is not so sure and embarks on his own probe. Vivid and exhilarating, it is almost as good as Frederick Forsyth.

Once again Ruth Ware pulls off a gripping read packed with disturbing insights.

Hannah Jones is a middle-class girl whose head was turned by the smart set and her new friend, April Coutts-Cliveden, when she got into Oxford University. Ten years on she is forced to face the true facts about the murder of that glamorous friend.

This has the best opening scene of any thriller this year. The wife of a super-rich man who, before she married into privilege, was an orphan and homeless, is being held ransom. Paris invites the reader to decide who the real victims in this story are. Thoughtful and surprising writing.

A sleep-deprived young mother hooks up with her neighbour, a war photographer suffering from PTSD. They both believe a violent crime has been committed in a neighbour’s house. Their battle with the police and their personal demons is a moving, eloquent exposition of suffering in silence while yearning to be heard.

When the son of U.S. celebrity pilot Charles Lindbergh was kidnapped and murdered in 1932, Betty Gow, the Scottish nanny, was the last person to see the child alive — and became a prime suspect. A brilliant take on a piece of recent history.

THE BOOK OF THE MOST PRECIOUS SUBSTANCE

I loved this sexy moral fable with a down-on-her-luck book dealer on the hunt for a powerful witchcraft manual.

The international trail leads from a tech billionaire’s bunker to a dominatrix’s chateau. What is the precious substance? Power? Money? Sex? Or something even more dangerous?

This twisty, stylish tale of contemporary posh types has the Mordaunts assembling at the family stately home. Granny Cecily has just died and tradition dictates that Roxborough is left not to the next in line, but to whoever the previous owner thinks best. But who is best, given that they all have guilty secrets?

This funny slice of man-lit has divorced Pete sharing his cramped Woking basement with his daughter and her slobby boyfriend. When said daughter moves, he’s appalled to be left with the slob. But Niall has hidden depths, not to mention superior cooking skills. Sharp and heartwarming.

A clever contemporary take on Nancy Mitford’s The Pursuit Of Love. The Radletts are relocated to Norfolk, Linda is a posh model and Uncle Matthew a former rock star. Merlin, Aunt Sadie, Davey, The Bolter and Fanny are all present, correct and updated. Like the original, it’s a love letter to boho, aristo Englishness.

Previous post From Viral Sketches to Animated Short: The Unlikely Journey of ‘The Boy, the Mole, the Fox and the Horse’ 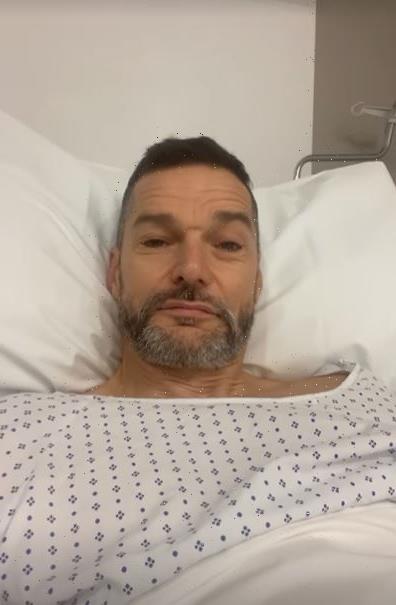