When you hear it, it almost makes too much sense: Elaine Stritch reading the selected stories of Dorothy Parker. Two iconic New York broads known as much for their personas, at this point, as for their work. The recording was made in 1995, but never existed in digital form until now; rather, it was a sort of urban legend, the kind of thing a friend of a friend might have heard on cassette once and then raved about forever. One such fan was David Sedaris, who once described the tape in an interview as his favorite audiobook, prompting Penguin to reissue the stories.

But while this is the stuff of a certain sort of nerd’s dreams — i.e., mine — this performance deserves far more than just a cult following. Come into it with high hopes or none, and you won’t be disappointed. Yes, you may be tempted to use any number of martini metaphors, but with any luck the mere thought of these women’s ghosts curling their lips in disgust at your hackery will keep you in check.

Dorothy Parker, the famous wit, author and doyenne of the legendary Algonquin Round Table, published reviews, short fiction and poetry in The New Yorker throughout the 1920s and ’30s (and onward). Her stories were collected in 1930’s “Laments for the Living” and, in 1933, in “After Such Pleasures.” Her most productive years were behind her by 1939, when she published her collected work in “Here Lies.” Although her stories sold briskly at the time of publication, nowadays Parker is too often reduced to a quip on a coffee mug. If she truly uttered even a fraction of the remarks attributed to her, Parker’s reputation as a wit was well earned. However, the real worth of her writing extended well beyond what she once dismissed as “calisthenics with words.” 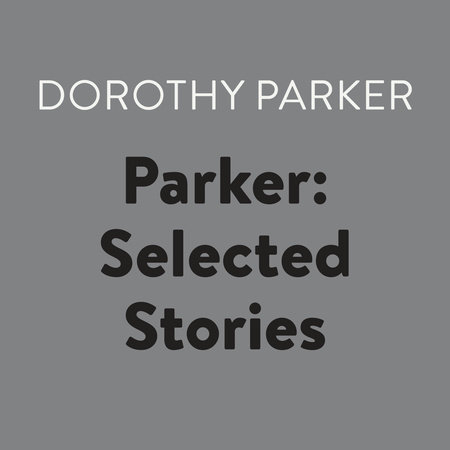 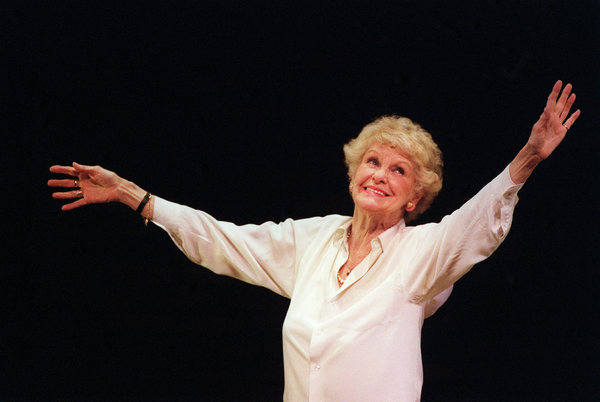 The seven stories presented here reveal Parker’s manifold strengths. We see her as a chronicler of contemporary New York, in both its manic, flapper highs and its bread-line lows. Her playwright’s ear for the nuances of dialogue is discernible in stories like “Diary of a New York Lady.” Whether set in Downtown speakeasies, tawdry hotel rooms or Fifth Avenue ballrooms, all have heart — at times almost too much. Even at its most amusing (and it can, of course, be riotously, incisively, funny), Parker’s universe is fundamentally cruel, and stories like “The Garter” and “Mr. Durant” look on compassionately as characters are rocked by a hard-boiled world. Everything is always almost too much to bear, and then barely bearable. Barely. As she writes in “Big Blonde,” the longest and most heartbreaking story in the collection, “You could be by yourself when things were all right, but when you were blue you got the howling horrors.” We feel them.

Elaine Stritch made no secret of her own struggles, exposing them in her 2001 one-woman show, a legendary cabaret show and a lifetime of press interviews before her death in 2014, all with her own brand of caustic wit. Like Parker, she too struggled with alcoholism, and in the course of her sometimes brutal self-reflection learned to temper her asperity with a good dose of humanity. There have been other recordings of Parker’s stories, several very good. But this is a particularly happy pairing of subject and reader. Stritch’s famous whiskey tenor does the stories — with their glossy exteriors and yearning hearts — justice. Sympathy is always lurking in her voice, especially for Parker’s female characters, but you can’t stop and wallow; there’s the next quip to get to, the next coping mechanism. A life in musical comedy brings timing and acidity to the brittle society antics of “Too Bad” or “The Standard of Living.” And there is a poignancy, too, to the deep and rueful knowledge of the ravages of alcohol laid so bare in “Big Blonde.” In case you’re worried Stritch’s personality overpowers Parker’s material, don’t be; she’s too good an actor for that.

The one thing you might wish is for more: What might Stritch have done with some of Parker’s most penetrating social critiques — “Horsie,” say, or “The Waltz”? We’ll never know. This is all we get, and I for one will take it gladly. Straight up.

Sadie Stein is a writer in New York whose work has also appeared in The New Yorker, Elle, New York magazine and other publications.