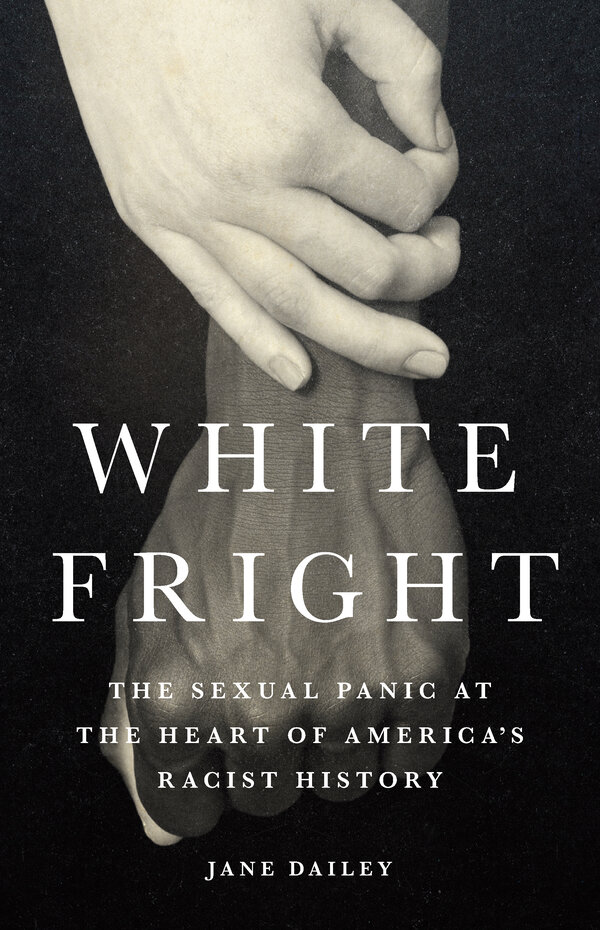 There’s a moment in Raoul Peck’s 2016 documentary, “I Am Not Your Negro,” in which James Baldwin explains how white Americans’ emotional poverty, their “terror of human life” and of their own private selves have contributed to what they called “the Negro problem.” “This ‘problem,’ which they invented in order to safeguard their purity, has made of them criminals and monsters,” Baldwin says. “And this, not from anything Blacks may or may not be doing, but because of the role a guilty and constricted white imagination has assigned to the Blacks.”

This idea, that American white supremacy was built from white anxiety over purity — sexual and otherwise — forms the foundation of Dailey’s well-researched new book. It’s not a belief likely to surprise those literate in African-American history, but her argument that fear of Black sexuality and miscegenation has been the driving force behind structural racism and white supremacy is confident and persuasive. A historian at the University of Chicago, Dailey takes readers through the history of racialized anxiety directed at Black men and Black women from Reconstruction to Jim Crow, as well as during the battle to desegregate American public schools and secure voting rights for Black people. Along the way, she highlights some provocative sources, including the white Southern writer Lillian Smith, who believed that white anxiety over Black male sexuality was rooted in white male suspicion of white women, and the Black journalist Ida B. Wells, who in 1892 explained, “White men lynch the offending Afro-American not because he is a despoiler of virtue but because he succumbs to the smiles of white women.”

Strangely missing from Dailey’s book is any consideration of white women’s complicity in racialized anxiety and violence against Black people. Though she devotes attention to Emmett Till, she has little to say about Carolyn Bryant Donham, the white woman who set Till’s murder in motion by falsely accusing him of assault. Surely white women contributed to what Baldwin called white Americans’ “infantile, furtive sexuality” and played a significant role in reinforcing, upholding and exploiting this country’s racial apartheid.

For those looking for a tighter focus on white female complicity, Hamad’s new book might or might not be the answer. It was inspired by an article she published in The Guardian in 2018 arguing that white women often cry victim or shed “white tears” (as in, literally crying) to distract from their own aggressions directed at women of color and their collusion in denying or dismissing such women’s concerns and feelings.

In “White Tears / Brown Scars,” Hamad’s indictment is aimed less at white women in general than at white feminists, whose stated commitment to issues of social and gender justice has long given them a pass with respect to their decades-long, destructive stumbling around racial issues. White women’s tears, as Hamad contends, and others have pointed out, can be deployed as a way to avoid accountability for personal and political missteps and to recast white women as victims to be protected.

Hamad, an Australian journalist of Arab background who is completing a Ph.D. in media studies, does a fair job of distancing herself from the mainstream conception of “feminism” as a social movement centered on the needs of white women. “The white feminist battle” does not aim to dismantle the social hierarchy, she writes, but “merely seeks to ensure that white women join white men at its helm by agitating against those limitations imposed on their sex.”

Yet her primary thesis, that white feminists are dismissive of and destructive to women of color, is not particularly provocative or new. She also asserts a familiarity with the Black American experience that feels both awkward and unearned, and she has an unfortunate tendency to undercut the power and the clarity of a point she is trying to make by invoking the sort of academic phrases — “settler colonialism” is one that makes a frequent appearance — that are inaccessible to most lay readers. Ultimately, it’s not clear whom this book is for. Though admirably ambitious, it is also frustratingly aloof in places.

This book, as Stewart explains throughout, was a long time coming, an outgrowth, in part, of her own and other Black women’s struggles in a society that devalues not just what she calls “Black love” but Black women in particular. But within the first eight pages, Stewart, a professor of religion and African-American studies at Emory University, asserts that the legacy and scourge of what she calls “forbidden Black love” has been neglected by historians and cultural critics and “is our nation’s most unrecognized civil rights issue.”

The notion that the challenges faced by Black women in romance and marriage constitute an issue of “civil rights” might grate at first. But Stewart marshals substantial evidence to back up her thesis — proof of a centuries-long assault on Black love and marriage that in her hands takes the form of persuasive case histories of women, past and present.

From the forced fracturing of Black families during American slavery to rigid Christian ideas around what constitutes a “moral” marriage and contemporary state and federal laws undermining the ability of Black women to find, and sustain, marriage, Stewart makes a pointed, though sometimes hard to follow, argument that social freedom is “necessary to actualize a truly healthy love and marriage.” She cites the predicament of bondwomen — including Margaret Garner, the inspiration for Toni Morrison’s “Beloved,” who on her deathbed told her husband, “Never marry again in slavery” — while highlighting the continued toll of ugly and persistent notions about Black female sexuality and desirability.

Though the intended audience for “Black Women, Black Love” is no doubt the demographic referred to in its title, it offers a fresh and surprising look at the economic, spiritual, structural and emotional constraints on the hundreds of thousands of Black women for whom love and marriage are neither blithely expected nor easy. In that, it feels not so much necessary as needed.