The novelist, shortlisted for two of his previous books, received one of the world’s most prestigious literary awards for his cutting depiction of a white family in post-apartheid South Africa. 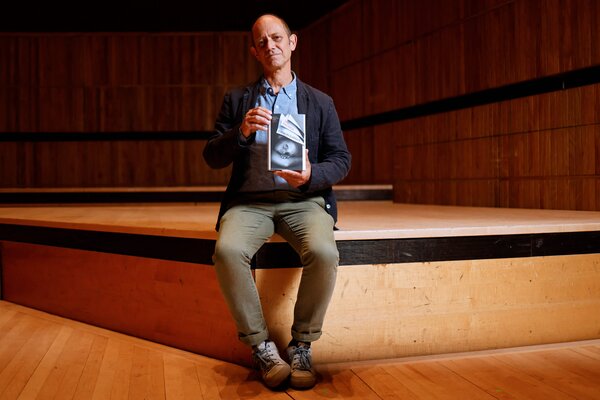 When the South African writer Damon Galgut learned that his novel, “The Promise,” was shortlisted for the Booker Prize, he was filled with anxiety. Galgut had been shortlisted twice before, in 2003 and 2010, and both times, the stress of the nominations “probably shaved a few years off my life.”

“For a few weeks, you’re one of six winners, then all that attention gets sucked away and very, very suddenly, there’s only one winner, the rest of you are losers,” he told the Guardian in an interview in September.

This year was different. On Wednesday, the Booker judges pronounced Galgut the winner, praising his novel for its “unusual narrative style that balances Faulknerian exuberance with Nabokovian precision, pushes boundaries, and is a testament to the flourishing of the novel in the 21st century.”

“The Promise,” Galgut’s ninth book, had already won acclaim among critics for its menacing and bleakly funny portrait of the Swart family, descendants of Dutch settlers who are desperately holding onto their farm and status in post-apartheid South Africa. Literary critics likened his experimental prose to modernist masters like Virginia Woolf, James Joyce and William Faulkner, while others noted his debt to fellow South African writer J.M. Coetzee.

A review of “The Promise” in The New York Times Book Review called Galgut “a gleeful satirist, mordantly skewering his characters’ fecklessness and hypocrisy.”

Galgut got the idea for the novel, which Europa Editions published in the United States in April, from a conversation with a friend, who described going to a series of funerals for family members. It sounded like the perfect narrative vehicle for a family saga. Galgut began working on a novel centered on a family — “just an ordinary bunch of white South Africans,” he writes — whose matriarch dies of cancer in 1986, when South Africa was convulsing with political unrest. The novel’s title refers both to the unrealized promise of social equality after the end of apartheid, and to the matriarch’s promise to leave a house to a Black servant, Salome, which causes a rift in the family.