Breaking News
Jamie Dornan to front explosive new BBC thriller The Tourist – here's everything we know
Inside Gogglebox stars Stephen and Daniel’s chic Brighton home as they share before and after pics of kitchen renovation
Pretty Little Liars The Perfectionists: Who did Chris Mason play in Pretty Little Liars?
Stephen Colbert Lauds Joe Biden’s Purchase Of 200M Coronavirus Vaccines: “America’s Got A New Boyfriend And He Is Spoiling Us”
Skip to content

THE NATIONAL ROAD: Dispatches From a Changing America
By Tom Zoellner

The Great American Story is a travelogue. Huck and Jim drifting south on the big river, Paul Bunyan hacking his way through the North Woods, Chuck Berry’s Odyssean trek to the California “promised land” via bus and train and jumbo jet, Thelma and Louise’s desperado ride to the edge of the Grand Canyon and beyond — time and again, American literature, lore and pop culture have returned to tales of great migrations, last-chance power drives, epic schleps. The compulsion to head for the frontier has marked history on a grand scale, from the brutal wars of conquest that “won the West” to the ambitions of countless individuals who have hit the open American road to chase personal destinies.

But in the 21st century, have Americans lost their urge to roam? Tom Zoellner thinks so. “Today our country is slowing down and staying in place — an effect that Covid-19 only accelerated,” Zoellner writes in “The National Road: Dispatches From a Changing America.” “A country on the move seems to be more reluctant than ever to pick up and go.”

Zoellner, the politics editor of The Los Angeles Review of Books and the author of several previous works of nonfiction — including “Train: Riding the Rails That Created the Modern World” — is an old-fashioned American vagabond. Over the past two decades, he has made some 30 cross-country drives and hundreds of “lesser partial crossings,” both as a journalist on assignment and as a tourist with a taste for obscure landmarks and truck-stop breakfasts. “The National Road” is a chronicle of Zoellner’s wanderings and wanderlust, what he calls his “unspecified hunger” to cover the lower 48 states with “a coat of invisible paint.” It’s also a sneakily ambitious book whose 13 “dispatches” present a sweeping view of the American land and its inhabitants — how each has shaped, and deformed, the other. “How was it possible, I wondered, that all of this American land — in every direction — could be fastened together into a whole?” Zoellner asks. “What are the enduring features that make us Americans?”

Those are heady questions, and the answers Zoellner provides are often unnerving. Trump-era politics cast a chill over “The National Road.” In a chapter about Los Angeles’s Potter’s Field, the burial ground for the city’s unclaimed bodies, Zoellner describes the state of the nation as the coronavirus pandemic took hold last spring: “Calvinism had been shorn of every restraining quality leaving only economic sociopathy; the good will that lubricated the Constitution had dehydrated into abrasive sand.” He visits the former Czech immigrant enclave of Spillville, Iowa, where Antonin Dvorak vacationed in the summer of 1893 and composed portions of the famous “American” Quartet. Today Spillville seethes with Trumpian nativism, yet its economy is dependent on Mexican migrants, who do the grunt work in the town’s industrial pig farms.

Zoellner surveys other manifestations of malaise: the decline of the traditional porn movie industry in “the other Hollywood,” L.A.’s San Fernando Valley; a St. Louis suburb plagued by racism, redlining and corruption; the Nevada desert, where generations of fortune hunters have sought treasure above and below ground, in casinos and in gold mines, which, when they are stripped bare, leave behind ghost towns marked by toxic piles of tailings. “The National Road” is by no means an issue book, but it says more about predatory late-capitalism than many works that attack the topic head-on. The book’s titular essay refers to the first highway built by the federal government, which stretched west to Joliet, Ill., from Cumberland, Md. Zoellner follows the old road and finds it lined with Dollar General stores, the discount “little-box” franchise that caters to — and, Zoellner suggests, exploits — impoverished rural communities. It’s grim stuff, but Zoellner knows that even the lowest end of the American retail marketplace holds a gaudy allure. Strolling the aisles of a Dollar General, he notes, “is like walking into a colorful explosion of name-brand confetti: packages of Crayola, Viva paper towels, Dixie cups, Gain detergent, Energizer batteries, Fructis shampoo.”

Zoellner is a beautiful writer. He’s also a busy one, prone to occasional flights of poetastery. (“The moon was summer-fat that night.”) In an essay about “peakbagging,” Zoellner’s quest to climb to the highest spots in all 50 states, you sense that the author has emptied out his thesaurus to avoid typing the word “mountain”: “gentle pimple of farmland,” “big swell of grassland,” “proud wedge of quartz,” “noble wintry dome.”

But these distracting moments of writerly writing are few. Zoellner is a superb reporter and a deep thinker, with a command of the centuries-long back story. He understands how history has been altered by Americans’ quirky religious yearnings and eschatological obsessions. He has his own premonitions of end times. A chapter about King Philip’s War, the bloody late-17th-century conflict between Indigenous tribes and New England colonists, culminates in a vision of ecological apocalypse: Zoellner stands on the shore of Cape Cod, the ancestral territory of the Wampanoag, and imagines the rising seas spilling over the earth. The Europeans who came to this continent wreaked havoc on the landscape, disrupting ecosystems and agricultural practices, while waging war on Native populations and ravaging them with disease. Now, Zoellner suggests, history may be doubling back on a settler-colonialist nation: An even more fearsome invader is rearing up on the coastline, threatening to roll in on the waters that brought the Pilgrims to Cape Cod in 1620.

This is not the only place that “The National Road” invokes climate change. In the book’s jauntiest chapter, about Zoellner’s addiction to cross-country road trips, he talks about guiltily pumping gas into his car, knowing that “this zesty vegetative remnant of the prehistoric world” will contribute to carbon emissions. Yet he keeps filling the tank, and keeps guzzling his own fuel, the energy source that powers his marathon drives — gas station coffee, “heavy sugar, heavy lightener.” “The driving urge may also be an extension of Eros, the life force,” Zoellner writes. “And so I suppose my urge to knock off courthouses, touch the sides of civic monuments … is an oblique method of trying to pack as much Americana into the manuscript of memory as possible.” The nation’s splendor and depravity may be irreconcilable; its mysteries may be insoluble. But for Zoellner and other restless voyagers, there is still so much America out there if you point your wheels in the right direction, toward the ever-receding horizon. 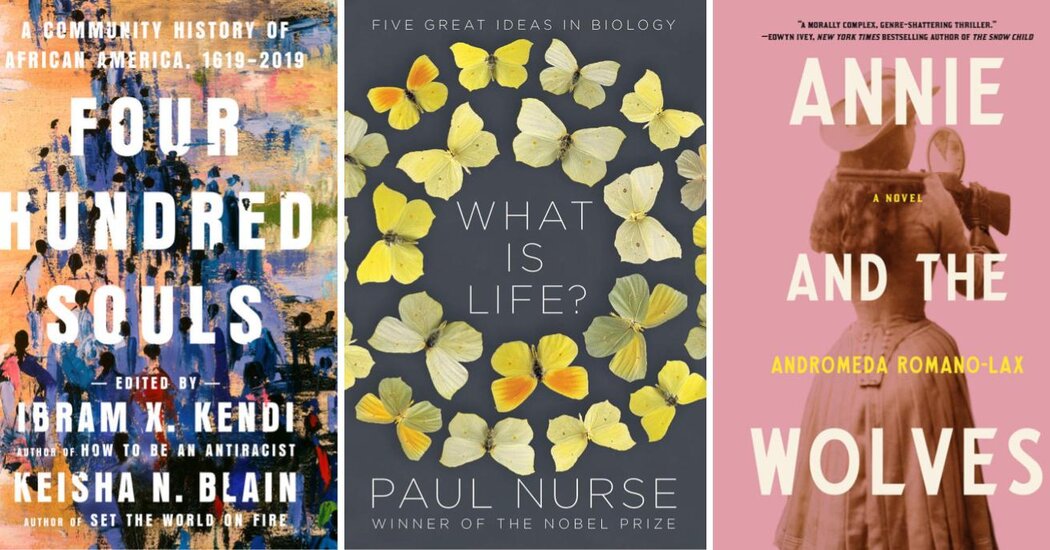