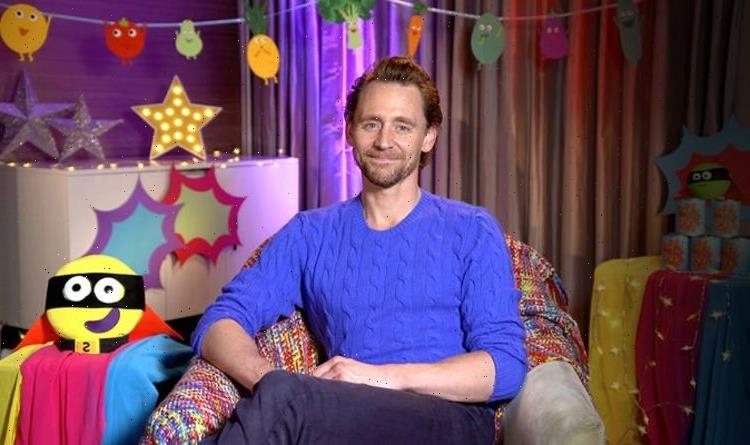 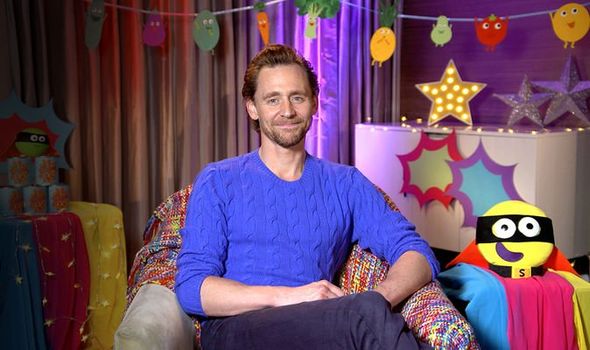 “Luckily, Supertato was there to save the day!” signed off the actor, leaving children clamouring for the books. And last week the BBC announced the caped spud would be returning to CBeebies in a new laugh-out-loud animation, pitting the world’s first potato superhero against the mischievous Evil Pea.

Creators Sue Hendra and Paul Linnet have an equally unlikely origin story. They have sold more than two million copies of their deliciously surreal books, including the adventures of their mega-selling “humble potato” Supertato and Barry The Fish With Fingers.

I’m a long way off their target audience of preschoolers but almost as soon as we start talking, my ridiculous fit of giggles threatens to derail a perfectly good interview.

You know when you laugh so much you start snorting? Well, it’s probably not possible to meet Sue and Paul and maintain anything resembling a straight face.

Their chosen medium for their finely honed sense of the absurd is picture books for young children, but their point is that we should all be laughing at silly things, whatever our age.

“Humour is an important thing that can transcend the intellectual beating you get at school,” explains Sue.

“We want to encourage children to develop the gift of looking at the world differently; to think abstractly; to think funny. And just to, well, laugh at silly things.”

Even if you’re not familiar with their work, the story of how two “self-confessed twits with a silly sense of humour” came to team up is heartwarming stuff.

Paul, now 53, was working in IT in 2005 when, unable to resist a technical challenge, he fixed a bike for a friend. It was to be the good deed that would change his life.

Days earlier, Paul had spotted Sue sitting in a café and asked if she would like to go on a date with him.

She turned him down flat. Undeterred, Paul gave her his number and asked her to think about it. Says Sue: “Afterwards I thought, if he’s been living in Brighton all these years, there is a good chance my fabulous outgoing friend Ally will know him, or someone who knows him.”Amazingly, Ally did.

“It turned out she knew the chap with the failing brakes,” and he gave Paul a gleaming endorsement.

A first date followed, but rather than asking the standard, awkward, getting-to-know-you questions, they found themselves wondering what would happen if you peeled an orange and found an apple inside.

“And, of course, we both discussed the idea of a fish with fingers,” says Paul. “It was very clear we were meant to be together.”

“Yes,” says Sue. “It is rare to meet someone who is as much a massive nitwit as yourself. We have to be immature: it’s absolutely vital. Anyway, after that I had to see what it looked like. I think the world needed to see a fish with fingers.”

So, after their date, she drew the curious cartoon fish and sent it to Paul. They called it Barry, and were soon working on their first picture book: Barry The Fish With Fingers.

“We said, ‘Nobody is ever going to publish this story’,” recalls Paul. “It’s very strange and disturbing. But then Sue’s agent at the time ‑ she was working as a jobbing illustrator ‑ took it to a book fair and suddenly there was a bidding war, and everybody seemed to want it.”

Barry The Fish With Fingers was published in 2009.

“When you are having fun with a creative idea it shows,” says Sue.

“There are people who can make clever and analytical children’s books which are works of art; they have a place in my heart. But we come from a different perspective,” adds Paul.

“I remember when we were told our books were selling really well in Tesco and Sainsbury… I’ve come to realise this is really valuable.

“This was brought home to me when a teacher at a school we visited said, ‘The children here don’t get a bedtime story; they don’t have books at home’.”

The couple have an 11-year-old daughter, Wanda. When she was little, Wanda would ask Paul to tell her something about when he was little.

“I would tell her about the time I found a huge JCB digger, took off the handbrake and let it roll down a hill into a lake.” Or the time he was given a can of spray mount glue and decided to burst it.

“It exploded in my face and started to set. I couldn’t open my mouth and my eyes were stuck together. My friend, who was equally stupid, said, ‘I know how to fix it’ and rubbed mud in it.

“I had to find a stick to prise open my mouth. When I got home my mum screamed for a good 10 minutes before cutting off my fringe and shaving off my eyebrows. Things like that.”

When the couple won the inaugural 2016 Laugh Out Loud Book Award (aka The Lollies) ‑ which is voted for by children ‑ with their classic picture book I Need A Wee! they attended the ceremony at the Lyric Theatre in London.

“Generally, I only feel good about awards awarded by children,” says Paul.

“I had to make a speech on stage and found myself talking about the teacher who told me I was silly and would never amount to anything.

“I said, ‘So what I’d really like to do and I’d like you all to help me, is to think of all the people who told us we were too silly, or we can’t do something, and I want us all to blow a really big raspberry’.”

The theatre erupted, including Michael Rosen, the former Children’s Poet Laureate who was presenting the awards.

While working on their first book, Paul, who had also trained in art, actually “became Sue” for a year.

He would take on her routine illustration jobs, while she was busy drawing fish fingers. “We both write the stories and illustrate them but this approach got us started,” explains Paul.

But as with so many who make a living from being funny, there is a degree of difficulty underpinning it all.

For Sue, it was losing her leg to bone cancer at the age of 10 ‑ something about which she is hugely upbeat. Describing herself as having “an itchy foot”, she swims a mile most mornings.

“Fish don’t need any legs at all, and I’m very pleased that I am not still in a hospital bed,” she says, choosing to use a long-term crutch rather than rely upon a prosthetic limb.

Books were her salvation during the years she spent in hospital.

“The picture my mum paints of me is a joyful little child. I really loved Mr Men books; I had the whole collection and couldn’t get enough of them.”

For Paul, too, books were something of a childhood sanctuary.

The more garrulous of the two, he paints a disturbing picture of a childhood-gone-wrong, in which an idyll was shattered by his mother’s undisclosed-until-it-was-a-fait-accompli decision to marry his step-dad, “who wasn’t the nicest person”.

“Imagine being born in an Enid Blyton illustration in Sussex, and then moving to the Midlands where it felt like I was inside a black and white drawing of a haunted house.

“I moved from somewhere beautiful to somewhere that looked like someone had emptied a bag of coal dust over it.

“It was raining all the time on this unfinished estate on a mud hill. I must have cried for about two years. My mum never told me she was going to marry this guy and that we were going to move. It was old school parenting.”

The thing that helped Paul “escape” ‑ albeit just emotionally ‑was Tintin.

“I traded my first Tintin book for a little plastic plane with a kid who immediately lost it. He asked for his book back and I said no. We weren’t able to buy things regularly and that book became my world. I would sit really, really close to the pages, so that it would almost wrap around me.

“That’s what we try to make with our books. A contained world in which children can immerse themselves, and feel safe.”

Supertato Night of the Living Veg by Sue Hendra & Paul Linnet (Simon & Schuster) is out now. 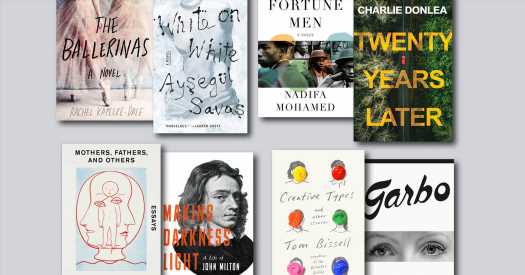