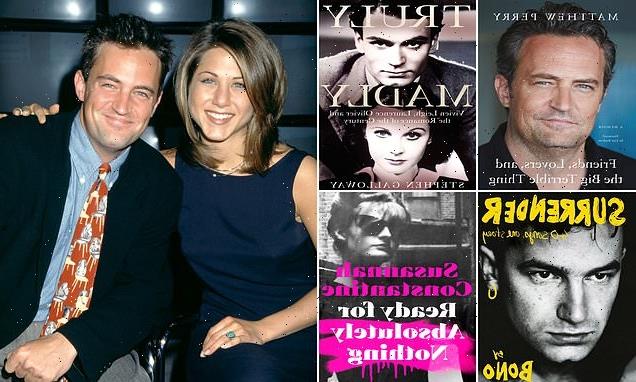 Celebrity memoirs of 2022: Why Matthew Perry needs all the Friends he can get…and other life stories of sex, drugs, rage, big egos — and juggling hedgehogs 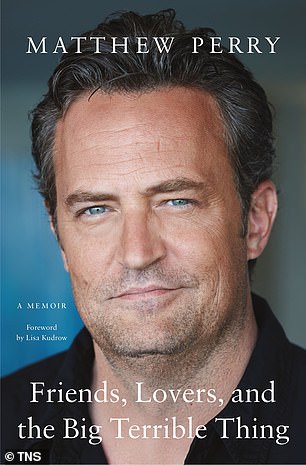 Matthew Perry has had therapy twice a week for 30 years and has attended 6,000 AA meetings

Much of Perry’s life has unfolded in clinics and rehab centres. ‘I have spent upward of $7 million trying to get sober,’ he says, which is nearly more than I’ve spent getting drunk.

He’s had therapy twice a week for 30 years, has attended 6,000 AA meetings. Little of it did any good. Perry didn’t listen to his doctors, and described detox as ‘hell’. He needed vodka to ‘soothe my nerves and help me have fun’. Although sober for 18 months at the time of writing, his addictions have resulted in insomnia, breathing problems, pancreatitis and a perforated bowel.

He has had 14 operations on his stomach, his colon burst, yet for years he took massive doses of anything he could get his hands on — at $175,000 each way, Perry once hired a private jet to take him to Switzerland to pick up extra prescriptions.

He could easily afford this. Perry says Friends paid him $1 million a week by the final two seasons, and he played Chandler in all 236 episodes. ‘My job was to entertain, to cajole, to delight.’ All this money, all this success and fame — why can’t Perry be happy? 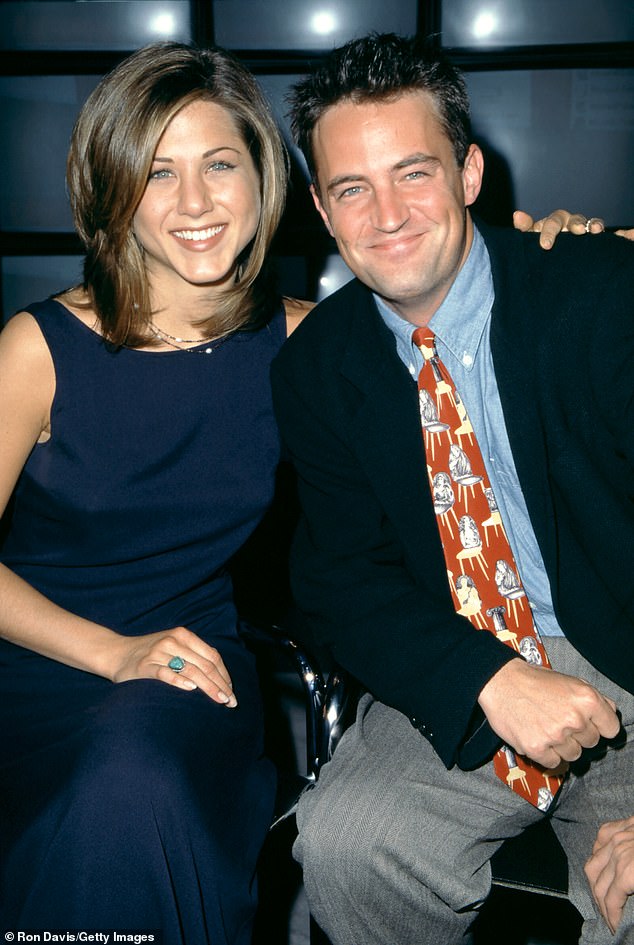 Perry (pictured with his co-star Jennifer Aniston in 1995) says Friends paid him $1 million a week by the final two seasons, and he played Chandler in all 236 episodes

TRULY MADLY: VIVIEN LEIGH, LAURENCE OLIVIER AND THE ROMANCE OF THE CENTURY

What short memories publishers have. I covered the same ground in The Real Life Of Laurence Olivier (1996), so here we go again: Vivien Leigh, ‘a woman of such transcendent beauty and intoxicating allure’ that Olivier, though already married to Jill Esmond, was rendered ‘drunk with desire’.

It’s a tale of sex, selfishness and madness. Wed in 1940, Olivier was ‘ravaged by guilt’, and Leigh’s mind ‘began to wobble and her sense of self became vague’.

Where Galloway scores is in his sensitive handling of her mental health. Leigh, who had a family history of bipolar disorder, was institutionalised and underwent electroconvulsive therapy, her body ‘wrapped in ice bags’.

Such were her tirades that Olivier, preoccupied with founding the National Theatre, retreated and had affairs with Dorothy Tutin, Sarah Miles and Joan Plowright, who went on to be his third wife.

Vivien Leigh issued a press release announcing that ‘Sir Laurence has asked for a divorce in order to marry Miss Joan Plowright. She will naturally do whatever he wishes.’ 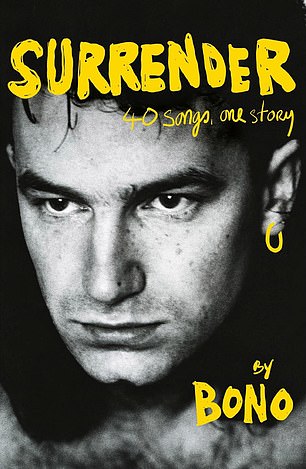 Bono is a serious-minded fellow, who in his memoir goes from ‘pimpled teenage obnoxiousness’ to messianic activist, determined to stamp out world poverty

‘Every time I do this,’ said Bono, clicking his fingers, ‘a child dies in Africa’ — ‘Well, don’t do it then,’ said Barry Cryer. The joke is not in this book.

Bono is a serious-minded fellow, who in his memoir goes from ‘pimpled teenage obnoxiousness’ to messianic activist, determined to stamp out world poverty.

The ‘injustice of the human heart’ rankles with him, but at least Live Aid, Band Aid and the rest channelled Bono’s ‘anger- management issues’.

His mother had died when he was 14, and Bono makes the interesting point that John Lennon, Paul McCartney, Bob Geldof and John Lydon also ‘lost their mothers at an early age’, which accounts for an unappeasable drive.

The best sections here are on the early days of U2, cramming the drums and amps in the back of the van, which ‘was going to take us out of Dublin and around Ireland, up and down the M1 in England and all over Europe’.

These days, it’s worrying about Ukraine that is ‘risking my own mental health’, especially as the African nations Bono always supported abstained from the UN vote criticising Russia’s invasion.

Stick to singing is my advice.

‘As I sing,’ says Bono, ‘I am reaching out my arms into the night, stretching to grasp hold of another hand.’ Grab his hand and the bouncers will have you on the floor in seconds. 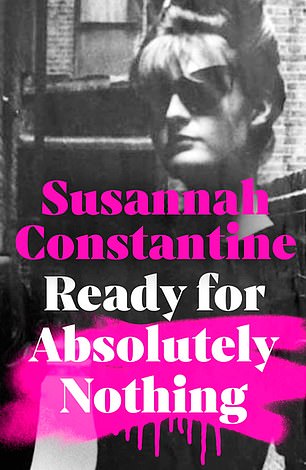 Despite the high life, Susannah goes on the booze and needs to unpack her ’emotional baggage’

READY FOR ABSOLUTELY NOTHING

Well-connected and rolling in it (‘my great-grandfather was the fifth wealthiest person in Britain’), fashion industry guru and party animal Susannah ‘had been happily bonking Dolph Lundgren’, but he fails to recognise her shortly afterwards.

On the other hand, ‘I got over Imran Khan pretty quickly’, or so she says.

Her most interesting swain, from the reader’s point of view, was David Linley, because this meant Susannah saw a lot of his mother, Princess Margaret, who at one point is to be seen unblocking a lavatory with a cake knife.

I was fascinated to be told the rules of snobbery in royal circles — no pre-tied bowties or cummerbunds; only snooker players wear waistcoats; no aftershave: ‘No one wanted to smell like the type of man who played golf’; beards are taboo and moustaches permitted for Guards officers only.

If at Balmoral, wear green or brown tweed — it dries quickly and ‘keeps you warm even when it’s wet’.

Despite the high life, Susannah goes on the booze and needs to unpack her ’emotional baggage . . . and start all over again’, doing quite what I couldn’t tell you. 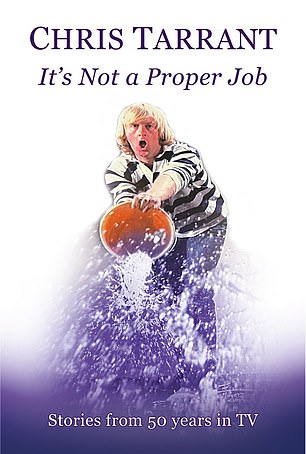 Tarrant emerged during the heyday of daft Saturday morning broadcasting with Tiswas, and was surrounded by unique talents

IT’S NOT A PROPER JOB

People will do anything to get on telly — juggling hedgehogs, rolling in custard, eating lightbulbs, shoving rats or ferrets down their trousers.

Tarrant emerged during the heyday of daft Saturday morning broadcasting with Tiswas, and was surrounded by unique talents, such as Lenny Henry, Bob Carolgees with Spit the Dog, and Frank Carson: ‘The infectious cackling laugh at his own jokes never failed to get me and the whole audience going.’

Tarrant graduated to presenting Who Wants To Be A Millionaire? Fascinatingly recounting the ‘coughing Major’ scandal, as dramatised with Michael Sheen, Tarrant concludes that: ‘In my mind he is as guilty as sin.’

And Daily Mail columnist Richard Littlejohn putting his hand up in church to ‘object’ at Jeremy Beadle’s wedding is a classic story. 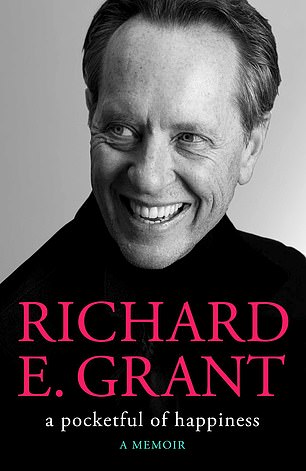 This is Grant’s harrowing, yet uplifting, journal of those terminal months, revealing the ‘incredible intensity and naked tenderness’ of his and Joan’s relationship

A POCKETFUL OF HAPPINESS: A MEMOIR

There they were, leading actor Richard E. Grant and his wife, Joan Washington, the internationally respected dialect coach, pottering around antiques fairs, travelling to Hollywood to collect awards, spending an idyllic Christmas at their Cotswold cottage, when cancer came to call.

Joan started feeling breathless. Examined at the Marsden in December 2020, she was told: ‘The CT scan has revealed a dark mass on your left lung.’ By the following September, she was dead.

This is Grant’s harrowing, yet uplifting, journal of those terminal months, revealing the ‘incredible intensity and naked tenderness’ of his and Joan’s relationship.

Grant is ‘sucker-punched by a tidal wave of grief’, but at least Nigella sends packed lunches, Charles and Camilla commiserate in person, and Emma Thompson puts the kettle on.

Yet what a terrifying moment, when the oncologist is on the phone to say: ‘The hospice adviser will be in touch shortly.’ 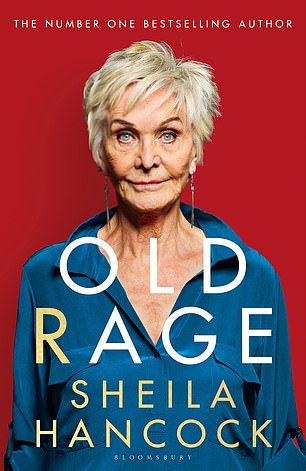 Declaring ‘I am a grumpy old woman’ and that ‘I am by nature aggressive’, Sheila, 89, finds plenty in the modern world to keep her ‘in turmoil’

Declaring ‘I am a grumpy old woman’ and that ‘I am by nature aggressive’, Sheila, 89, finds plenty in the modern world to keep her ‘in turmoil’ — automated ticket barriers which won’t open, rude airport staff, the costs of HS2, Jacob Rees-Mogg (‘patronising, insensitive, condescending’), Donald Trump (‘nasty, tacky, with silly blow-dried hair’), rheumatoid arthritis and going on narrow-boat excursions with Gyles Brandreth, who tripped on the poop deck and blackened his eye.

On the other hand, Sheila relished the Covid lockdowns — London was blissfully free of traffic and birdsong could be heard.

Twenty years on from John Thaw’s death, Sheila says: ‘I have freedom, I can live a totally selfish life, eat when I like, go where I like, without having to fit in with someone else’s life.’

I liked hearing about her early days in repertory theatre in Torquay opposite a moody actor called David Baron, who wanted to be a writer. As Harold Pinter, he went on to do quite well. 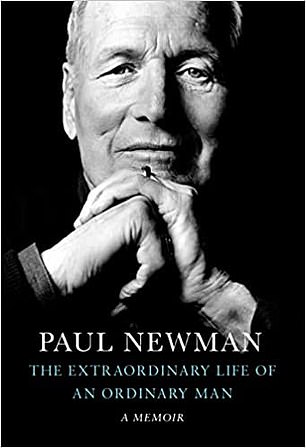 Paul Newman died in 2008, aged 83. Yet the star of Butch Cassidy And The Sundance Kid, Cool Hand Luke and The Color Of Money, among others, never aged

THE EXTRAORDINARY LIFE OF AN ORDINARY MAN: A MEMOIR

Paul Newman died in 2008, aged 83. Yet the star of Butch Cassidy And The Sundance Kid, Cool Hand Luke and The Color Of Money, among others, never aged.

Usually in scruffy cowboy attire, permanently sultry and hip-slinging, Newman had a virile intensity. Who could escape the gaze of those ice-blue eyes?

This book is a distillation of 14,000 pages of transcribed interview material, found recently by his family — and we hear about his complex relationship with his parents, well-off owners of an Ohio department store; his early days as an actor, when he was mistaken for James Dean; a failed early marriage and his ‘blissfully uncomplicated’ 50-year marriage to Joanne Woodward, whom he seduced in the back of Hertz rental cars.

Yet there were complications. A son, Scott Newman, died of drug addiction in 1978, and Newman himself drank so much beer he spent most of his days in a sauna, sweating it off.

His main interest was neither acting nor cinema, it was motor-racing. ‘The only way to stay alive is by defying death,’ he said as he whizzed around the tracks in his VW Beetle, which had an engine transplanted from a Porsche.

RICHARD KAY: Meet the woman who married Britain’s most flamboyant bisexual aristocrat… and rescued David Cassidy from screaming fans by hiding him on their Beaulieu estate 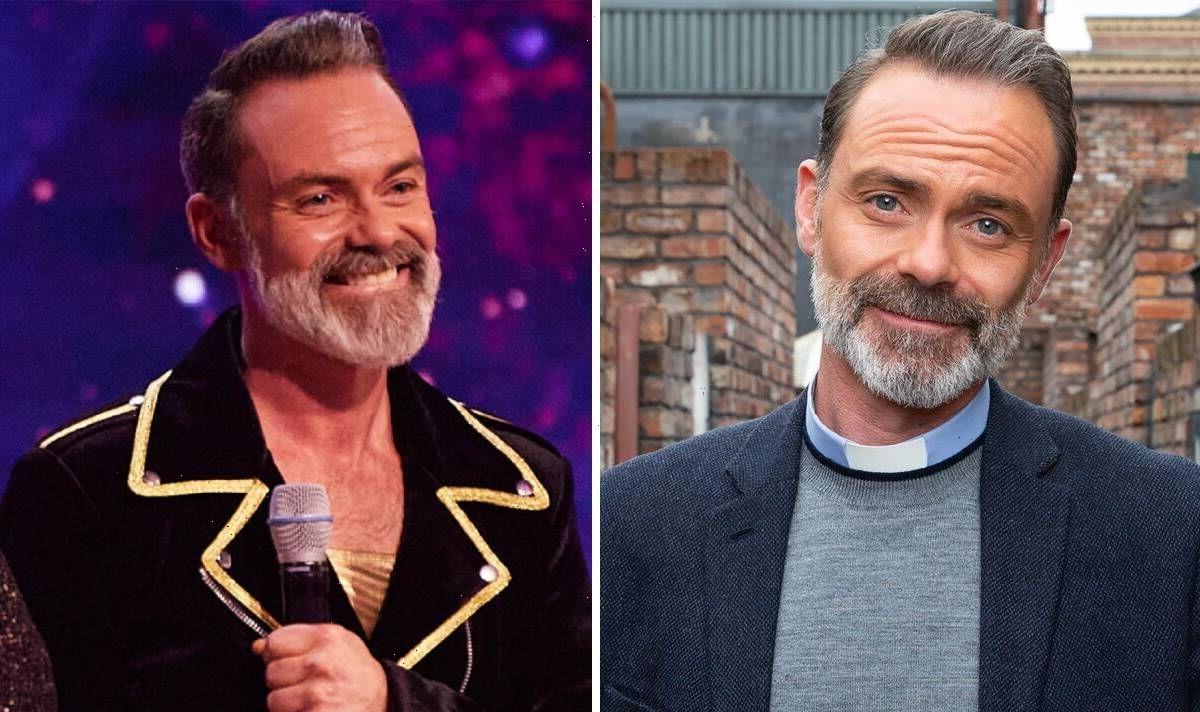 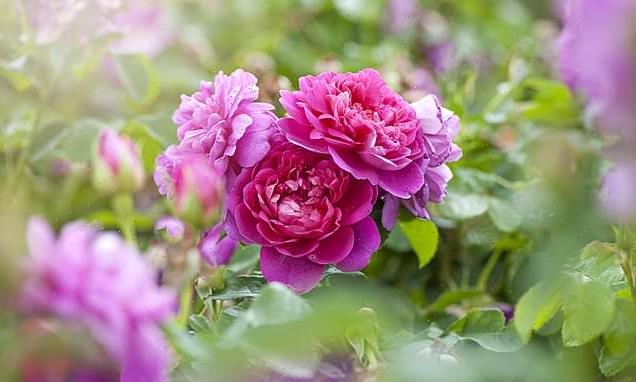