We're all part of the union

When Books & Publishing's annual survey of employment in the publishing industry came out last year, it showed that full-time editorial staff earned an average of $62,347 per year (up 8 per cent on five years earlier) and marketing and publicity staff earned $60,207, an amount that had barely budged in the preceding five years. In December, Samantha Forge wrote in Kill Your Darlings that "there is very little in the way of agitation amongst publishing industry employees for higher wages on a collective scale". That has changed now, with the bulk of Penguin Random House editorial and publicity staff joining the Media and Entertainment Arts Alliance so the union can act on their behalf in collective bargaining with the publisher. It will be the first time the union has acted for publishing staff in negotiations for an EBA.

MEAA Victorian director Adam Portelli, media officer Mardi O'Connor and several PRH staffers had their first meeting with management – publishing director Nikki Christer and HR boss Belinda Hansen, plus two lawyers – on Wednesday. Among the issues that are likely to be addressed during the EBA negotiations are – of course – a pay rise, the question of time in lieu for overtime and anti-social working hours (publicists, for example, often have to work at night and weekends at writers festivals etc), and a more structured progression through the various employment grades and levels. It's fair to say that ultimately the union would be keen to see an updated version of the Book Industry Award, which O'Connor described as out of date – it was instituted in 2010 – with wages well below the average and offering little structured employment progression. 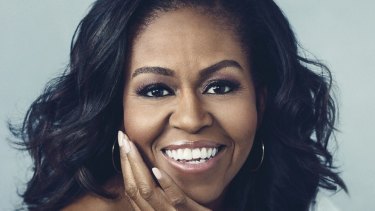 Nearly 10 million copies of Becoming, by Michelle Obama, have been sold.

PRH staff may pay particular attention to the financial results announced by parent company Bertelsmann this week. The group reported its highest revenue, €17.7 billion ($28 billion) for six years and the PRH division "organic revenue growth of 1.3 per cent". PRH had revenues of €3.4 billion and earnings before interest and tax up a fraction at €528 million. According to Bertelsmann, the publication of former First Lady Michelle Obama's Becoming had a significant impact. The book was published simultaneously in 31 languages in the middle of November last year and sold more than 7 million copies in all formats before the end of the year. The company says it has now sold nearly 10 million. It was PRH's top title, but another former resident of the White House, Bill Clinton, helped out, with The President is Missing (co-written with James Patterson) becoming a major seller.

If you're a fan of Salman Rushdie then the description of his new novel, Quichotte, which bounces off Cervantes' Don Quixote, should have you eagerly awaiting publication in September. According to the publisher's website, the main character, Quichotte, is an ageing travelling salesman obsessed with TV, whose ability to separate fantasy from reality has been distorted. He obsessively writes love letters to a celebrity he knows only through his screen and together with an imaginary son, Sancho, sets off across America to find her and convince her of his love. "A wild, picaresque journey through a country on the edge of moral and spiritual collapse," apparently. 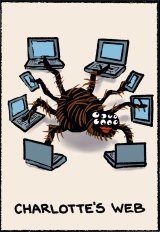