If there was ever any doubt about the strength of Australia’s crime-writing stocks, you need only take a look at the shortlist for the Ned Kelly Awards, which will be presented as part of Sydney’s BAD Crime Writers Festival (badsydney.com) on September 6. 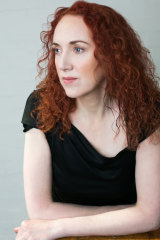 Katherine Kovacic is shortlisted in the Ned Kelly first-fiction award.Credit:

And if there was any doubt that Australian women writers are having a stellar time it’s worth noting that of the 14 books shortlisted in the three categories, 11 are by women.

Jones novel confusion
There was brief confusion over who would publish the next novel to appear from Tayari Jones, author of the Women’s Prize-winning An American Marriage. 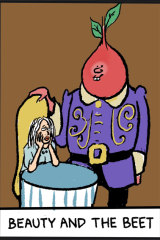 A gushing story in the British trade publication, The Bookseller, spruiked the fact that Oneworld – publisher of Booker-winning novels by Marlon James and Paul Beztty – had bought the British and Commonwealth (excluding ANZ) rights to Jones’ previous novel, her third, Silver Sparrow, for publication in April simultaneously with HarperCollins in Australia. Which is all very well, but the people at HarperCollins know nothing about it and the book was actually published here this week by Penguin, just in time for Jones’ visit this month to the Melbourne Writers Festival (mwf.com.au).

Obama's big list
Not surprisingly when former US president Barack Obama released his summer reading list last week he recommended all the works of the late Toni Morrison – ‘‘they’re transcendent, all of them’’, he said. In addition to the works of Morrison, the list included: The Shallows, Nicholas Carr; Exhalation, Ted Chiang; Lab Girl, Hope Jahren; Maid, Stephanie Land; Wolf Hall, Hilary Mantel; How to Read the Air, Dinaw Mengestu; Men Without Women, Haruki Murakami; Inland, Tea Obreht; The Nickel Boys, Colson Whitehead, and American Spy, Lauren Wilkinson. Perhaps the most surprising thing about the list is that he hasn’t already read Wolf Hall.

Uncompetitive winner
When Olivia Laing this week won the fiction award in Britain’s oldest literary prizes, the James Tait Memorial Prize – awarded for literature written in English – she stuck to her guns. Laing, who won for her first novel, Crudo, had previously said that she doesn’t approve of competition in the arts so duly announced at the awards ceremony that she would share the £10,000 ($18,000) prizemoney with the other shortlisted authors – Will Eaves, Jessie Greengrass and Nafissa Thompson-Spires. At the Edinburgh International Book Fair she told the awards ceremony ‘‘Crudo was written against a kind of selfishness that’s everywhere in the world right now, against an era of walls and borders, winners and losers. Art doesn’t thrive like that and I don’t think people do either. We thrive on community, solidarity and mutual support.’’

Gormenghast green light
Fans of Mervyn Peake’s Gormenghast novels eager to see the proposed small-screen adaptation of his fantastical books come to fruition will be pleased to hear that Showtime has committed to a project that includes Neil Gaiman as one of its executive producers. Titus Groan, Gormenghast and Titus Alone comprised Peake’s trilogy and the first two were adapted by the BBC about 20 years ago. But now Showtime and Fremantle will develop the series. A fourth book, Titus Awakes, was unfinished at the time of Peake’s death in 1968 and was eventually finished by his widow and published 10 years ago.