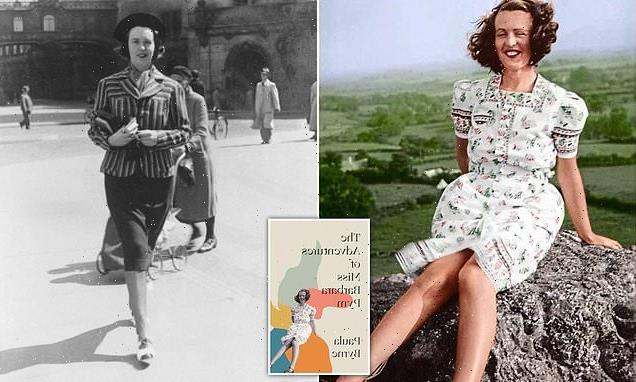 Men? I’d rather have a bowl of Rice Krispies: Writer Barbara Pym’s brilliant novels were inspired by the often horrible men she was drawn to – yet she remained a spinster all her life

THE ADVENTURES OF MISS BARBARA PYM

Had Miss Marple been a novelist, she’d have been Barbara Pym. Both possessed a beady-eye for vicars wearing bicycle clips and enjoyed a glass of sherry.

Nothing was more exciting than ‘knitting a green jumper’, purchasing a bedspread, attending the parish jumble sale, sewing stockings for the Women’s Auxiliary Air Force or hearing the bells announce Evensong on a misty autumn night.

Pym was also a shameless snoop. Jilted by future MP Julian Amery, she concealed herself outside his house in Belgravia, peering through the window at him. But she kept watch on her neighbours and perfect strangers, too, compiling what her biographer Paula Byrne calls ‘an exhaustive log of their comings and goings’. One person she even stalked to a private hotel in the West Country. 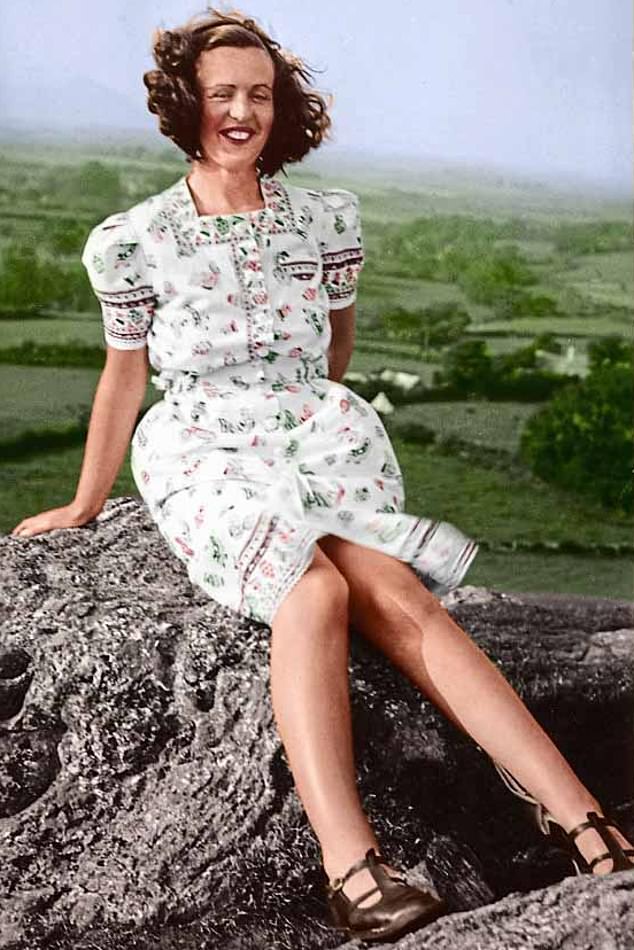 Paula Byrne has penned a biography about Barbara Pym (pictured), whose great novels include Some Tame Gazelle, Excellent Women as well as Jane And Prudence

Maybe this is what novelists are meant to do, as they research characters and situations? But there’s a creepy detachment about Pym, whose great novels — Some Tame Gazelle (1950), Excellent Women (1952), Jane And Prudence (1953) among others — show how certain sorts of English people conceal their natures ‘behind a facade of gentility and amiability’.

The scones and teacups, the rituals of polite society, are a camouflage, ‘and very real pain lies beneath the humour’. As Miss Marple was aware, there are deadly passions simmering below the surface in even the quaintest Cotswold village.

Pym seemed destined to become ‘this dreary spinster’ from early on. She was born into a well-off family in Oswestry, Shropshire, in 1913. Her father was a solicitor and her mother was active in the Women’s Institute. There were several maids and a gardener. Pym went to boarding school in Liverpool, and from there to St Hilda’s College, Oxford, where photographs record her ‘engaging lopsided smile and thick, wavy chestnut-coloured hair’.

Byrne gamely attempts to disentangle a flurry of boyfriends, the Ruperts, Godfreys and Jocks — models for her later literary heroes — whom Pym met at sherry and tea parties, ‘punting on the river, picnics, and outdoor Shakespeare plays’.

There were assignations in the cafes of department stores, hand-holding in the orchid house of the botanical gardens. 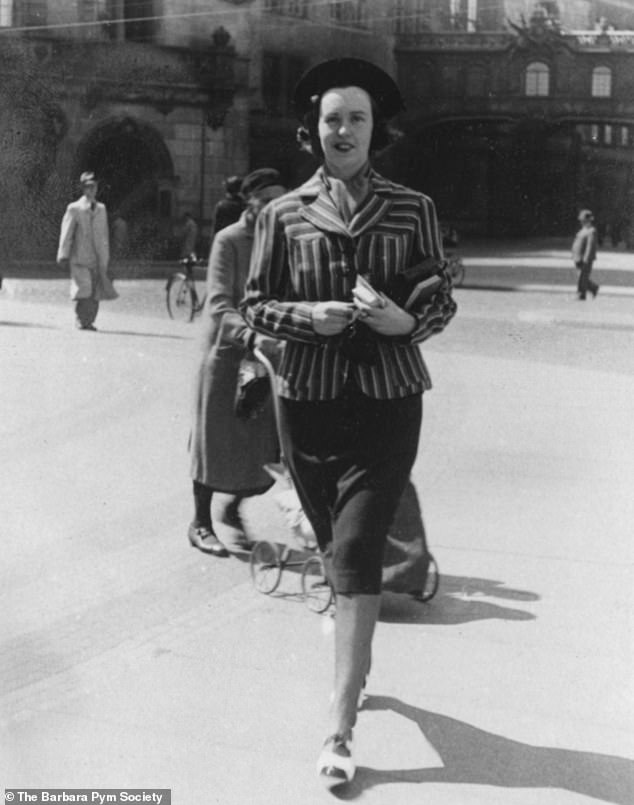 Barbara Pym (pictured) who taught herself German, wore a swastika lapel badge and received copies of Hitler’s speeches in the post

Gordon Glover, for example, was safely married with children — his actor son Julian was Aragog the spider in the Harry Potter films.

Henry Harvey was arrogant and callous, and mocked Pym for her wonky teeth. Julian Amery was ‘going to be someone very special in her life’, yet Pym spent no more than 20 hours in his company before he went off to the Spanish Civil War — though not before kissing Pym so hard he made her nose go crooked.

Pym was highly histrionic. ‘I trembled and shivered and went sick,’ she was always telling her diary when a new man came along, and Byrne frequently tells us how her subject was ‘heartbroken and close to emotional collapse’.

The pattern seemed to be: Pym adored someone, they lapped up the attention but didn’t reciprocate — quite often because they were homosexual, which meant ‘she suffered miserably’, publicly bursting into tears. ‘The more badly men treated her, the more deeply in love she felt.’ Or thought she felt.

The oddest example of Pym’s dissociated behaviour was her fixation on Nazi Germany, which she first visited in 1934 on a National Union of Students’ trip to Cologne. She taught herself German and returned to the country many times, relishing the fairy-tale castles and mountain scenery. 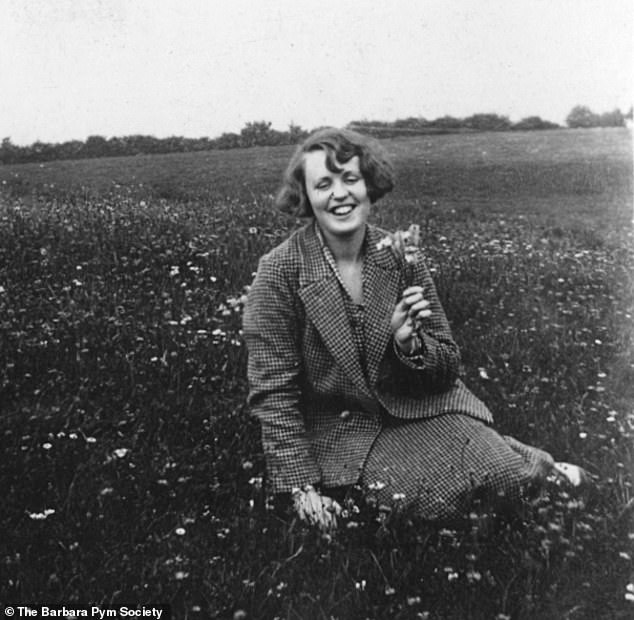 Novelist Barbara Pym (pictured), returned to Oswestry to help her mother with evacuees, when war was declared

Byrne takes care to tell us Pym was ‘clearly oblivious to any political undercurrents’, even though she wore a swastika lapel badge, received copies of Hitler’s speeches in the post, subscribed to a weekly German newspaper and sang German folk songs. She said she ‘liked kissing German men. How seriously and sensuously they kiss’.

If Pym had any misgivings about Nazi brutality, this was not voiced, even though by 1938 Jews were being openly persecuted and Austria had been annexed. She personally witnessed Hitler give a speech in Hamburg. ‘I thought he looked smooth and clean and was very impressed.’

When war was declared, Pym returned to Oswestry to help her mother with evacuees — washing, ironing, bed-making — and then found a job in the Censorship Department in Bristol. She next trained as a Wren and was posted to Naples, where she had a series of ‘intense but short-lived affairs . . . flirtations with handsome officers in their white uniforms’.

After the war, and until she retired in 1973, Pym worked in the International Institute of African Languages and Cultures, editing monographs on, for example, ‘extra-marital relations in the Nagumo’. Her (anthropological, in a sense) novels were written in her spare time — classic accounts of lonely women like herself in bedsits with shared bathrooms and electric fires, with descriptions of wartime food and caterpillars in the salad. 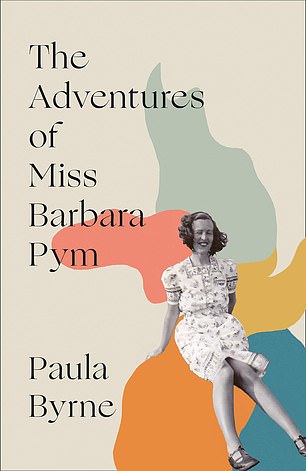 John Betjeman and Philip Larkin adored her seeming trivialities, which somehow revealed a poignant sense of loss and waste. Pym’s books carried deeper themes of loneliness and unworldliness, showing what actual life is like for ‘people who aren’t beautiful or lucky’.

Pym was devastated when, in 1963, her latest manuscript, An Unsuitable Attachment, was rejected by Jonathan Cape, her regular publisher.

It said her ‘cosy domestic comedies were out of touch, outmoded’, in the new epoch of Beatlemania, youth rebellion and the bestsellers of Frederick Forsyth.

There was something pre-Feminist, likewise, about Pym’s female characters, who are never more than bulwarks for their menfolk, drudges really; cooking, pouring tea and typing up their papers as unpaid secretaries.

She went out of print. Twenty-one other publishers also sent rejection slips. It was only when Larkin wrote an enthusiastic article in 1977 that Pym was rediscovered — though too late for her to enjoy success for long. She died of breast cancer in 1980, while living with her sister in Finstock, Oxfordshire, a village which could be Miss Marple’s St Mary Mead.

Marriage and children did not come her way. ‘A large jar of marmalade,’ she reflected towards the end, ‘is more desirable than a new love affair.’