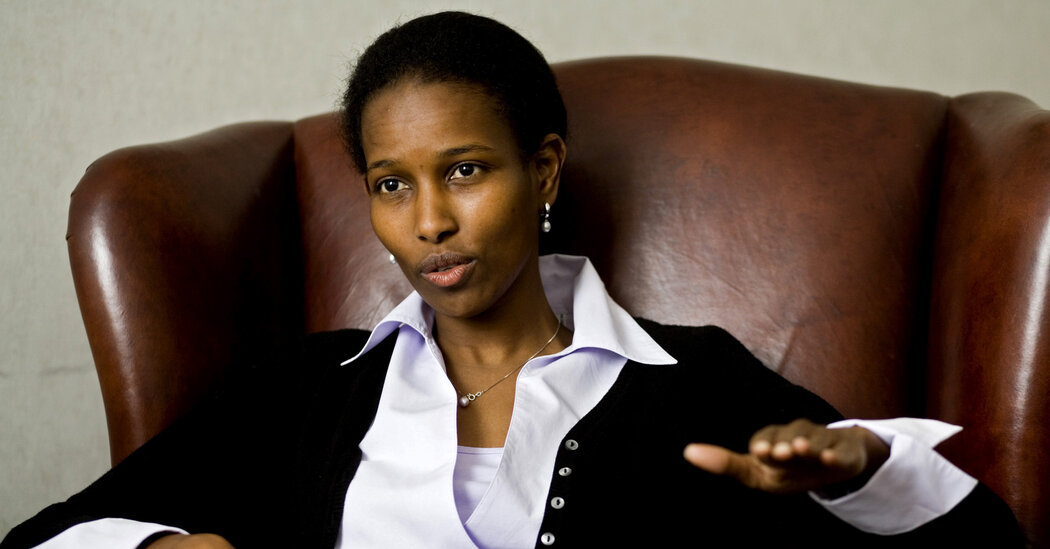 Immigration, Islam, and the Erosion of Women’s Rights
By Ayaan Hirsi Ali

There are few women in the world who generate as much animosity, and as many accusations of hypocrisy, as Ayaan Hirsi Ali. She denounces Islam for its absolutism and intolerance, and then vilifies the religion of more than one billion people as a “nihilistic cult of death.” Her own history perhaps makes her antagonism understandable — she was forced into genital mutilation as a child in Somalia, fled to the Netherlands to escape an arranged marriage and, as an adult, has seen her life threatened by Muslim extremists so many times and with such credibility that she travels with security. But she herself rejects that framing as sexist and presumptuous.

She calls herself an “infidel,” while many Muslims say she’s just an Islamophobe. She was put on a Qaeda hit list and called an anti-Muslim “extremist” by the Southern Poverty Law Center. She praises Western liberalism at the same time as she suggests that Islam is so incompatible with it that Western democracies need to consider suspending their core values in the service of self-preservation. She’s an asylee who calls for an end to asylum as we know it.

Her latest project only amplifies these incongruities. “Prey: Immigration, Islam, and the Erosion of Women’s Rights” argues that immigration from majority-Muslim countries imperils the hard-won rights of European women. Muslim men, who are by Hirsi Ali’s telling accustomed to gender-segregated societies in which female modesty is mandated and women are harassed out of public life, arrived in Europe in droves during the previous decade’s migration crisis, bringing old orthodoxies — and violent enforcement of them — to their new Northern homes. As a result, she says, European women face endemic sexual harassment and violence. Even worse, in an effort to not be seen as xenophobic or feed into rising right-wing nationalism, liberal Europeans are complicit in their own mounting oppression, playing down misogyny as mere multiculturalism even as Western women are criminally assaulted, told to cover their bodies and driven from the streets of their own cities. Hirsi Ali calls for a new feminist movement, one in which true feminists are “prepared to stand up for the rights of all women” and coalesce around the issue of “women’s safety from predatory men.”

Those are certainly laudable goals for a feminist movement, which is precisely why you may be wondering: Isn’t that what feminists have been doing this whole time?

It is. Feminists the world over have agitated for greater freedoms for women, putting the right to be free of male violence at the center of their work and steadily rejecting the argument that patriarchal abuses are excusable in any culture. So it’s rather odd to see Hirsi Ali claim that feminists have created a near-paradise of liberalism for women in the Western world, and then accuse them of failing to adequately care about women’s rights because they also want their homelands to open doors to seekers of safe harbor, regardless of religion. But this is the one-two punch of “Prey”: Swear allegiance to Western liberalism, then push ideas and policies that would undermine it. It’s a dizzying rhetorical style, and succeeds only in knocking out straw men.

In seeking to make the case that hordes of sexually violent Muslim men are setting back women’s rights in Europe, Hirsi Ali excavates crime data, newspaper articles and social science research. She speaks with a handful of law enforcement officials, people who work on immigrant assimilation efforts and average citizens. She laudably admits that the data are extremely limited, but that doesn’t stop her from insisting that they nevertheless support her claims. She shares horrifying news stories of women and girls harassed, assaulted and raped by Muslim asylum-seekers to bolster her thesis. If readers didn’t know any better, they would come away with the impression that most sex crimes in Western Europe are committed by Muslim migrants against European female strangers. They aren’t — the men who pose the biggest threat to European women are the same category of men who pose the biggest threat to women everywhere: men whom women know.

Hirsi Ali understands that she’s generalizing, she writes; she’s not saying all Muslim men are rapists. But she is saying that young men from conservative Muslim societies arrive in Europe — and most of the new arrivals are young men — having been previously steeped in profoundly misogynistic cultures and subject to laws that offer women fewer rights than men. That impacts how they behave, she claims, something Western liberals, who worship at the altar of cultural relativism, don’t want to recognize. “When it comes to migrants and minorities,” she writes, “pointing to cultural explanations for their behavior toward women is taboo.”

But is it? In the same book, Hirsi Ali rightly excoriates a German judge for acquitting a credibly accused rapist by making “allowances for migrant sex offenders’ lack of understanding of Western women’s sexual self-determination.” Is the problem that it’s taboo to point to cultural factors that drive sexual violence? Or is it that European authorities too often excuse sexual violence at the hands of Muslim immigrants by pointing to cultural factors? In Hirsi Ali’s narrative, it’s whichever is more convenient. And any attempt to truly explore the complex factors that drive entrenched poverty, housing and educational segregation, and higher rates of crime in immigrant communities — any attempt, that is, beyond blaming religion and culture alone — is relegated to what she calls “The Playbook of Denial.”

This knee-jerk oversimplification is particularly frustrating coming, as it does, from a steely woman of great intelligence. Hirsi Ali is correct that Europeans and North Americans are grappling with the moral complexities of immigration law in a world where conflict and crisis have driven so many from their homes, that the stakes of harsh anti-immigration laws are high (just ask the families of the tens of thousands of souls who have drowned in the Mediterranean), that European welfare states are both generous and easily imperiled and that we are increasingly aware that our opportunities and our basic physical safety are often dependent on the random luck of where we were born or whom we were born to. She is right that a well-meaning commitment to tolerance can be easily exploited, and that women’s rights are often the first to be sacrificed in the service of cultural relativism. But a reader interested in a thoughtful analysis of these questions won’t find it in this book. Even a reader like myself — a reader who delights in a little happy blasphemy, yearns for greater secularism and unapologetic atheism, and welcomes the skewering of misogynist fundamentalists of any religion (taboos and tolerance be damned) — couldn’t find much to cheer here. Like the fundamentalist religious views she and I both detest, “Prey” is too absolutist to be credible.

It could also be said to be cut through with bigotry. Hirsi Ali seems to latch onto the trope of men of color threatening virtuous white women, a particular kind of fearmongering with a long and ugly history. European colonists saw their endeavors not simply as extractive, but as civilizing; to make that work, they doubled down on the idea of African and Arab men as sexually aggressive and uncontrolled, and white women their desired victims. European settlers worried about “the Black peril” of African rapists, which was also used to justify colonialism and the pervasive racist violence that went with it. During the French occupation of Germany after World War I, German newspapers sounded the (false) alarm about a “Black plague” of mass rapes and murders by Senegalese troops in the French Army. (Hitler, true to form, blamed the Jews for bringing in the Africans.) And Hirsi Ali, who emphasizes the importance of assimilation and now lives in the United States, is surely not ignorant of this country’s own history. “Make any list of anti-Black terrorism in the United States, and you’ll also have a list of attacks justified by the specter of Black rape,” Jamelle Bouie wrote in 2015, after Dylann Roof murdered nine people in Emanuel African Methodist Episcopal Church and reportedly told the Black congregation, “You rape our women, and you’re taking over our country, and you have to go.” Donald Trump, the most xenophobic American president in living memory, often used the threat of white girls being raped by immigrant men to justify his draconian immigration policies.

Hirsi Ali does skew this old narrative just a bit: Instead of being virtuous for their submissiveness, maternity or innocence — the usual rendering of white women in need of protection — European women in “Prey” are virtuous for their liberal feminist values, and also vulnerable because of them. But this is where Hirsi Ali gives away the game. After spending much of the book portraying herself as a defender of these very values, by the end, she’s ready to give them up if it means keeping certain immigrants out. Her proposed solutions include ramping up policing, harsher criminal penalties and intrusions into personal privacy. Even as she says she has “thought deeply about the seeming paradox of using illiberal means to achieve liberal ends,” she ultimately decides that the ends indeed justify the means — even “privacy-obsessed Germans,” she posits, could be persuaded to accept the use of video surveillance, artificial intelligence and facial recognition technology in “troubled neighborhoods.”

Hirsi Ali suggests scrapping the current asylum program, which offers safe harbor to those facing persecution, and instead proposes that European nations adopt immigration policies where “the main criterion for granting residence should be how far they are likely to abide by the laws and adopt the values of their host society.” In Hirsi Ali’s estimation, that means assessing whether immigrants have the skills to work for pay — a requirement that could curtail granting legal status to a great many female asylum-seekers and refugees, who tend to be less educated than their male counterparts.

Whether Hirsi Ali herself, who wore the hijab as a teenager and supported the fatwa against Salman Rushdie, would have qualified for asylum under her rules is an outstanding question. Yet this is where her illiberalism truly shines through. “All liberal institutions are predicated on this idea,” she writes approvingly, that “the individual, whether male or female, is recognized as a decision-maker responsible for his or her behavior.” Central to this concept of liberal individualism is an antagonism to collective punishment, and the idea that individual responsibility means one person’s wrongdoing doesn’t implicate his family, his entire race or his religious group. No such concept of individual rights and responsibilities exists in the Muslim world, she says, where group identity takes precedence. It’s why, she writes, Muslims have a “victimhood complex” when sex crimes laws, which they believe are invalid in the first place, are enforced against Muslim men: “Because the individual is inextricably linked to the group, condemnation of the individual is considered vilification of the group.”

It’s Hirsi Ali, though, who does exactly this: She finds stories of individual Muslim immigrants who commit heinous crimes, and by suggesting those stories are broadly representative, uses them to justify curtailing the opportunities afforded to the whole group. This is not, as she suggests, a feminism of standing up for the rights of women. It is a feminism of reaction — and one that would undermine the very liberal values Hirsi Ali begs feminists to protect. 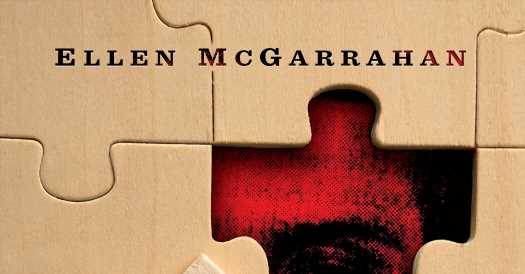 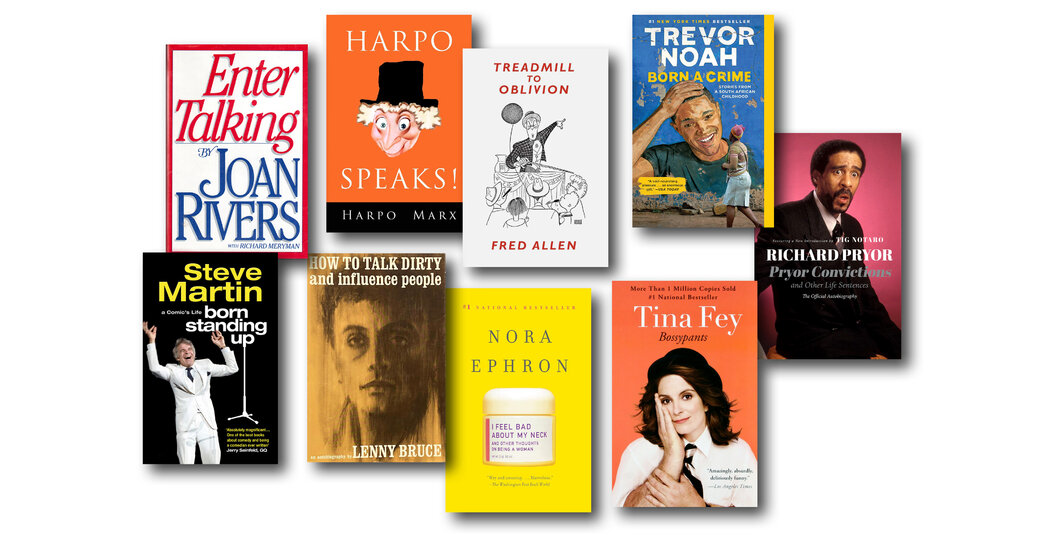