Almost as much fun as bowling a maiden over! As Cricket World Cup fever grips the nation, even those who don’t know their fine leg from their googly will be entertained by this sparkling compendium

What a summer to be a cricket fan in England. The World Cup might seem pretty interminable, what with lengthy rain chaos and the bizarre decision to screen some of the highlights shows after midnight (just suck it up, youngsters), but it is our World Cup and we’re favourites. And it is still pretty gripping.

After that, cricket widows will be pleased to learn, a big beast hoves into view in the form of a five-Test Ashes series against our long-term foes the Australians — and we don’t like to see the Aussies beaten, do we? 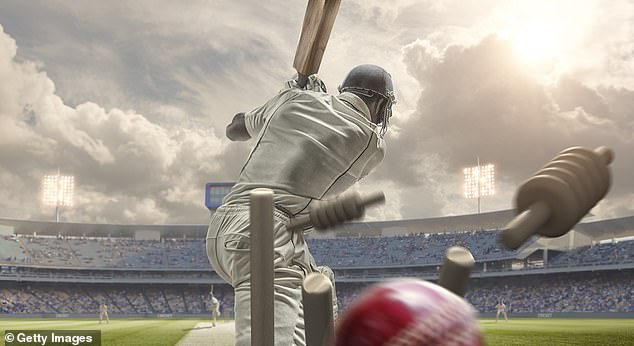 Now, rather like your perfect cricket tea, comes Marcus Berkmann’s fabulous book: well, not so much a book, more an Aladdin’s cave of trivia, quizzes, Test match reports and some of the best writing about cricket and cricketers you will find (and it is a very crowded field: cricket writers know their stuff).

Maybe, more fittingly, it’s like your biggest and most lavishly appointed cricket coffin, full of the kit you have always wanted and stuff you never knew you had.

Carry this with you at all times to the match, any match, in case of that dreaded rain break. Or even if the sun is beating down. Cricket, after all, is not the fastest of games.

Berkmann, a regular visitor to these pages, is well-known for the fiendish pub quizzes he sets around North London drinking haunts and the wandering cricket team he runs (a thankless task, believe me — I did it for decades before I started dropping myself from my own team). 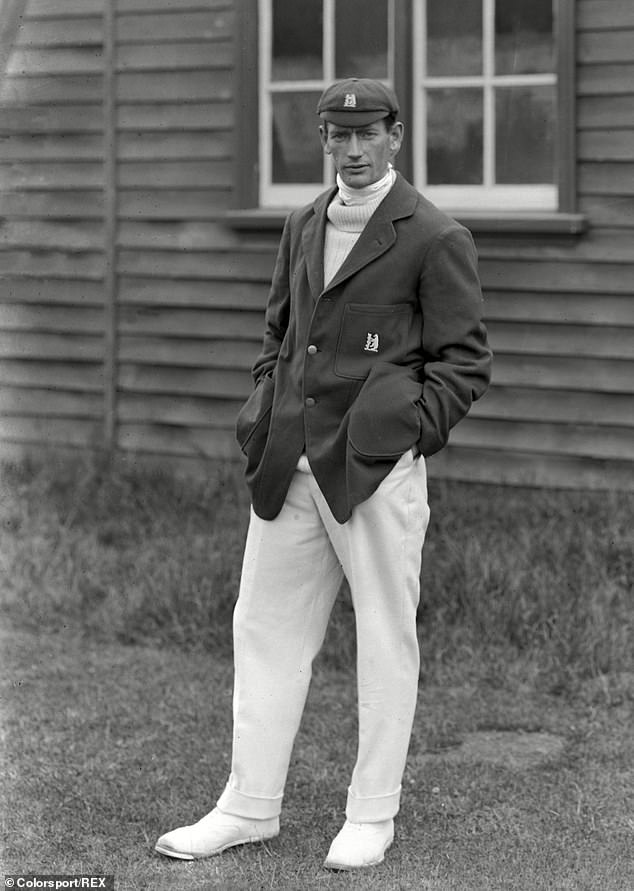 Percy Jeeves, pictured, was killed at the battle of the Somme in 1916 and was the inspiration for P G Woodehouse’s ‘Jeeves’

And both passions are in ample evidence here: there are four quizzes of increasing difficulty and a series of enchantingly lugubrious accounts of his team’s progress through the year.

But best of all is the sheer scale of jaw-droppingly recondite information about the cricketers who throng each section of the book (it’s divided into 12 months, somewhat arbitrarily, but we cricket nuts spend the year either eagerly anticipating the coming season, enjoying the summer itself, or wistfully looking back on those golden days).

Did you know that the term ‘hat-trick’, for instance, came from the mid-19th century custom where any bowler who took three wickets in three balls would be presented with a hat?

Or that in 1985, Geoff Boycott launched an illustrated coaching series called Brighter Cricket With Geoff Boycott? Issue number one was called the Backward Defensive Stroke. Hmm . . . sorry to have missed that. 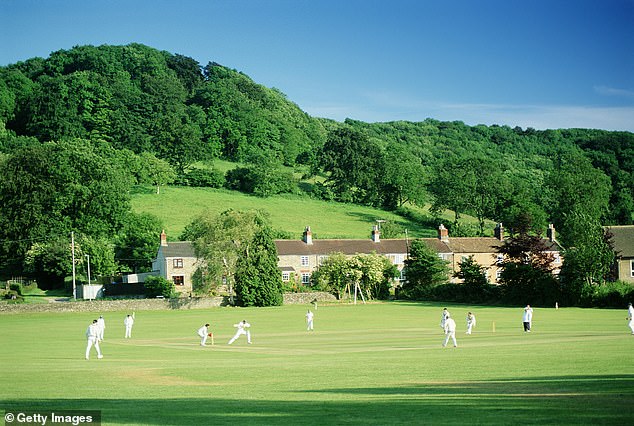 Alton writes that you should carry this book with you at all times to the match, any match, in case of that dreaded rain break. Or even if the sun is beating down (file picture)

Hitler, it seems, was taught cricket by British PoWs in World War I, but thought it insufficiently violent for his purposes. In particular, says Berkmann, he wanted to abolish pads, which he considered unmanly and un-German. He obviously hadn’t faced Marshall and Holding.

And where did P. G. Wodehouse get the name of his cerebral valet? Percy Jeeves was a young Warwickshire opening bowler whose 100-odd victims in 1913 included none other than Jack Hobbs.

Huge early promise, then, but cut short in 1916 on the Somme, where young Percy was killed in action.

Half a century later, Wodehouse could still recall seeing Warwickshire play in a 1913 county match: ‘Jeeves’s bowling must have impressed me for I remembered him when I was in New York and starting the Jeeves and Bertie saga. It was just the name I wanted.’ 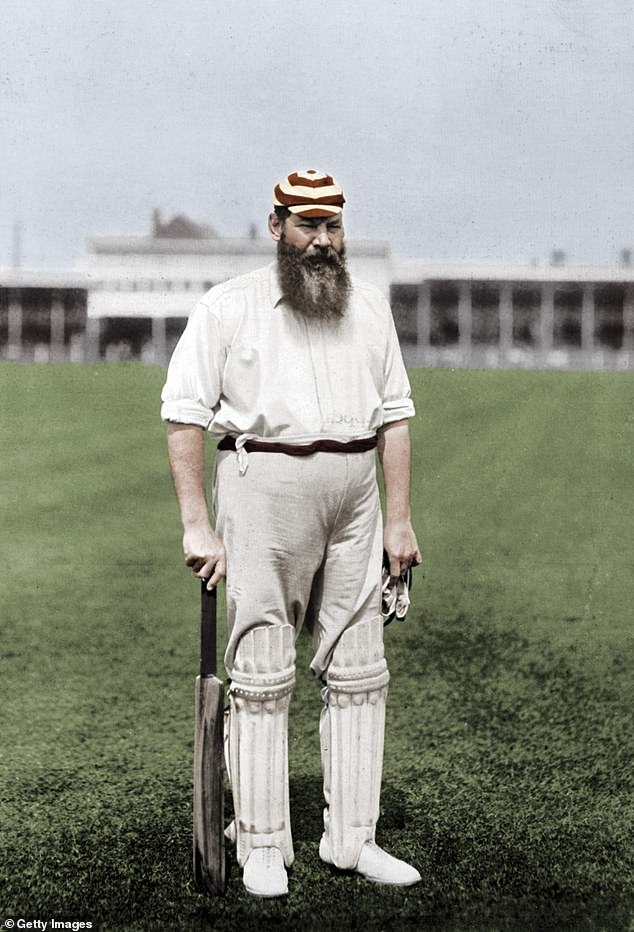 Berkmann reveals how how Conan Doyle got the wicket of W. G. Grace, pictured playing for London County Cricket Club, c1899, at Lords are revealed in the interesting compendium 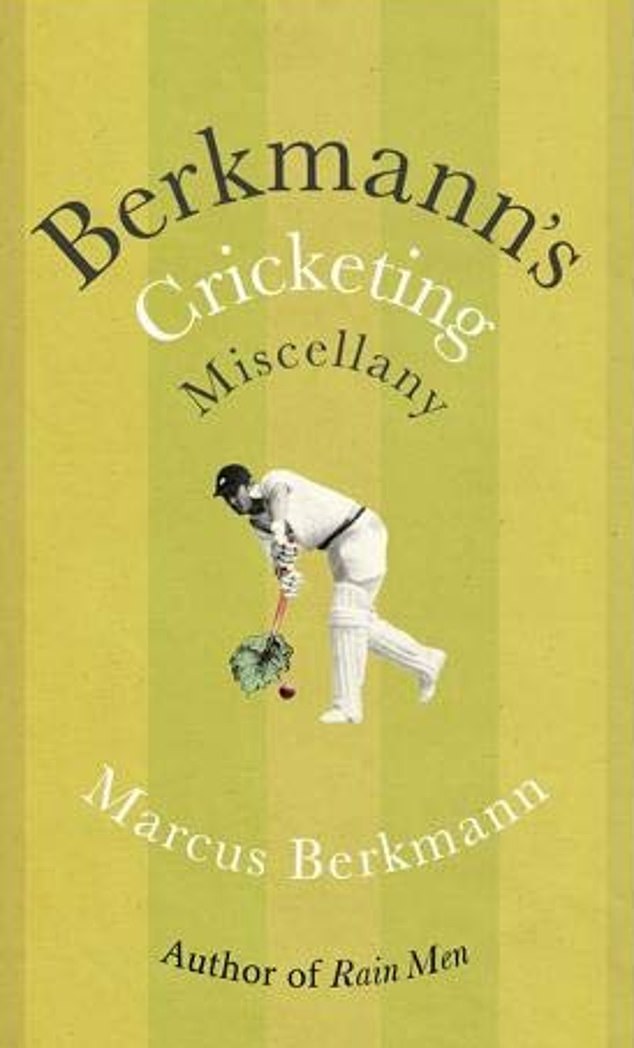 Should you, like me, worry about the big questions — in this case, how far did spin bowling expertise win World War II? — you will find the answer here.

Sir George Edwards, a Guildford leg-spinner and one-time president of Surrey, as a young aircraft engineer was working with Barnes Wallis on the Dambusters bomb — and was able to tell him about backspin.

‘I was doing the experimental trials,’ he said. ‘Wallis and the others thought the bomb needed topspin. I was quite sure it didn’t — it needed backspin because, as a bit of a bowler, I knew enough about the difference.’

To prove it, he rigged up a catapult — I guess like a bowling machine, but with dummy bombs, rather than cricket balls. ‘To everyone else’s surprise, the one with topspin screwed itself in, the one with no spin hardly bounced at all, but the one with backspin skittered along the lake ten or a dozen times.’

And the rest, as they say, is history. Here, too, you can find out about the only Test cricketer to be mentioned in an Oscar acceptance speech.

Cricket lover Sir Tim Rice, receiving the award for Best Original Song (Can You Feel The Love Tonight from Disney’s The Lion King), said: ‘I’d also like to thank Denis Compton, a childhood hero of mine.’

A spokesman for the Academy, according to Berkmann, said: ‘We don’t know who Denis Compton is. He doesn’t appear to be at Disney Studios or have anything to do with The Lion King.’ 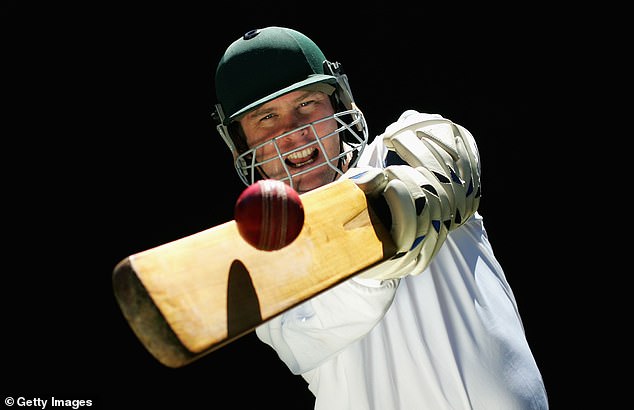 There are riches on every page: how Conan Doyle got the wicket of W. G. Grace at Lords; why only Monty (Field Marshal Bernard Montgomery to you) had the nerve to lecture Don Bradman on his batting technique; what Len Hutton said about drink: ‘I am Yorkshire born and bred you know, I have bought a drink but not too often’; what Arthur Mailey, the Australian leg-spinner who once took all ten Gloucestershire wickets for 66 runs, called his autobiography (10 For 66 And All That — the best cricketing pun in the world).

But I don’t want to spoil it for you: better still, go and buy this magical book.

It’s almost as much fun as scoring a century. Almost.

And there’s no bigger compliment than that.