Talia Lavin wants to fight Nazis. And this being 2020, there is no shortage of them.

In her first book, “Culture Warlords,” Lavin takes us down a hate-filled online rabbit hole to visit the world of contemporary neo-Nazis: where they came from, how they communicate, who has turned murderous, what their mixed-up memes mean. When white militiamen called Bugaloo Boys showed up armed and looking for trouble at this summer’s demonstrations for racial justice wearing Hawaiian shirts, did you wonder what they wanted? Lavin has answers.

The author, who is the Jewish granddaughter of Holocaust survivors, knows the cost of spending too much time thinking about these despicable characters. “Writing about hate changes you,” she notes. She is uneasy about the way she and her friends are targeted; she takes measures to shield her family. “I could feel the borders between my life and the hate I studied becoming porous.”

Lavin herself has been a target of the alt-right, so she knows the costs well. In 2018, in an incident that brought her national attention but is not included in the book, she misidentified an Immigration and Customs Enforcement officer’s tattoo as being a Nazi symbol. It actually indicated his service in Afghanistan — a mistake that caused such an uproar that Lavin resigned from her fact-checking job at The New Yorker. That kind of online brouhaha can feel big and toxic and inescapable; although Lavin made an error, her book, in some ways, is a demonstration that the neo-Nazi mob she faced is terrible and real.

The communities that she describes are widespread, empowered by the internet, and filled with individuals prone to egging one another on and advocating violence. Lavin visited a number of platforms, from Facebook to Reddit to a private messaging app, Telegram, where she joined 90 different groups.

She explains the particular extremist phenomenon of “accelerationists,” intent on bringing about an all-out race war to achieve the ends they desire, and the various forms of coded language — “All Saints’ Day,” “Day of the Rope,” “the collapse,” “the Hootenanny” — they use to describe this dreamed-of moment. She details the unexpected, unpleasant realities of this movement, such as when Dylann Roof, who killed nine Black parishioners in South Carolina in 2015, became a hero to other white supremacists. She delves into the ouroboros of online harassment, where Hebrew words are used to mock Jewish pain. 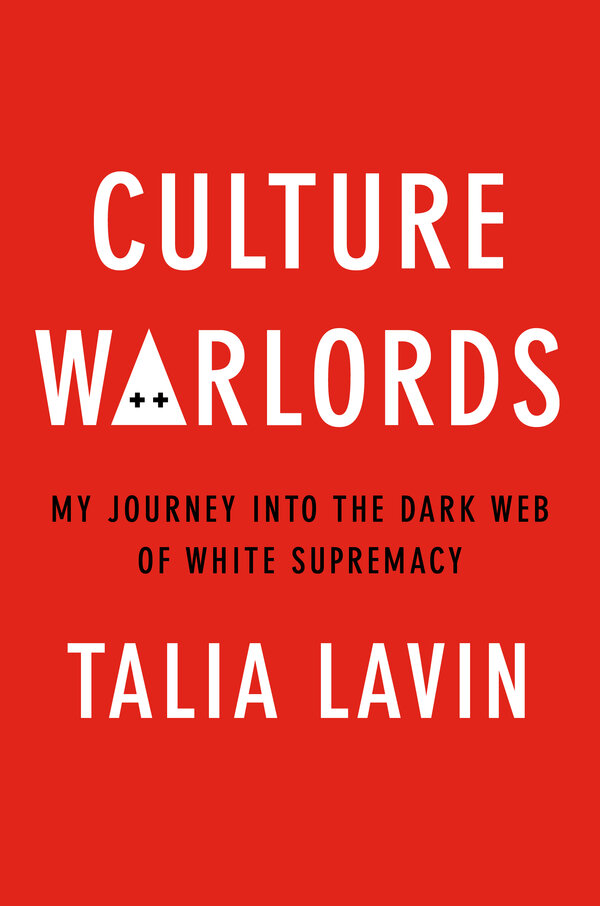 It’s not pretty, but Lavin is an entertaining Virgil for this neo-Nazi hell. She describes herself as “a well-known fascism-hating Twitter loudmouth.” When she creates alt-right personas — an eligible white supremacist blonde, a lonely “involuntary celibate,” or incel — she has to fully inhabit them. “I knew which side I was really on,” she reassures herself. “The side that thought all these creeps were racist losers, but too dangerous to ignore.”

Eventually, posing as the blonde, she figures out the true identity of a significant white supremacist and shares it with authorities. It’s a kind of gonzo journalism by proxy, and her most successful effort as a modern-day Nazi hunter.

She forges engaging narrative paths through the distant and near history of the alt-right, from the medieval European blood libel to Henry Ford’s mainstreaming of anti-Semitic ideas to Gamergate and the stories of a radicalized adolescent YouTuber. This combination of memoir and analysis works well. If there is a weak spot, it’s that her reporting only goes so far. She makes a thinly observed visit to Charlottesville. We never get a clear picture of exactly how many people are involved in these hate groups — something the Anti-Defamation League and Southern Poverty Law Center do track.

The biggest challenge that Lavin doesn’t quite meet, despite making a few gestures toward it, is connecting anti-Semitism with racism against Black and brown people. After a summer of #BlackLivesMatter protests and racist counterprotests, it feels like a missed opportunity to fully explore what motivates these underground communities of hate.

And yet, she’s emerged from her journey into this online underworld with a clear warning that these people are energized and violent. And she seems to propose a solution: We need to join with the forces who are actively, right now, fighting fascists. For her the answer is Antifa.