Diana Lind’s “Brave New Home” is one of those invaluable books that offer a new, revelatory window on familiar problems. Faced with a host of societal challenges — economic inequality, loneliness, housing precarity, environmental degradation — Lind convincingly argues that the single-family home is at least partly to blame.

This cultural obsession, she shows, was manufactured by 20th-century policymakers and real estate developers wanting to populate the suburbs, as well as media-fueled — often racist and elitist — panics over the unwholesomeness of cities for families. Lind rightly contends that the single-family home is an impossible dream for many, fueling inequality.

Even for those who can afford it, she finds, the single-family home is at best a mixed blessing, depriving its occupants of community in an age of increasing social isolation. It also lures many Americans into an unhealthy and environmentally abhorrent car-dependent lifestyle. And that’s only the beginning of her ecological indictment. The single-family home also gives its inhabitants far more space than they require, wastefully encouraging them to acquire unnecessary stuff and use far too much energy on heating, cooling and lighting. 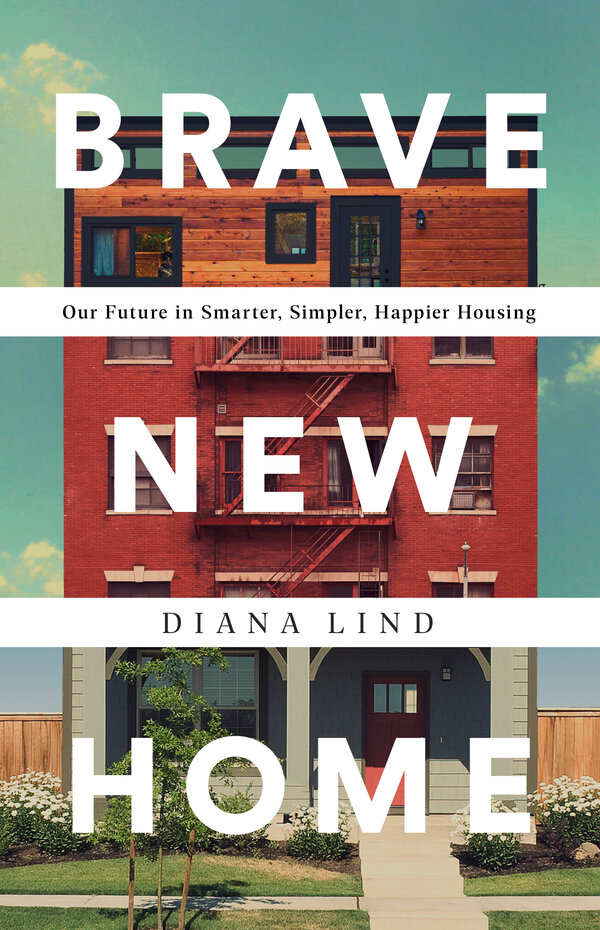 Our dogged pursuit of this benchmark of middle-class adulthood can also create massive economic upheaval — recall that the Great Recession was caused by extraordinary numbers of foreclosures, as Americans who could not afford to buy homes were lured by predatory lenders into trying to do so anyway. And as a policy prescription, all the government incentives to build and buy single-family homes do nothing to solve housing insecurity and homelessness for the many who will never be able to achieve this dubious idyll.

Lind’s reporting leads her to tiny-home enthusiasts and co-living communities, as well as market-oriented policy tweaks. The media sometimes refers to co-living projects marketed to single people in cities as “adult dorms,” a phrase that rightly offends her — why should seeking community be treated as a symptom of immaturity? She visits a tranquil intentional community in Georgia where homes are designed to encourage neighbors to hang out with one another, and a cultural event is on offer nearly every night.

Her book asks the right question: How can we move beyond the corrosive and exclusionary dream of the white picket fence, and instead, safely and happily house all Americans? Yet considering Lind’s adventurous rejection of such a cornerstone of mainstream American thinking and life, her search for solutions is surprisingly provincial.

Even when her reporting demonstrates the limits of many market-driven solutions — a program to offer incentives for Los Angeles homeowners to host low-income renters in small cottages in their yards, for example, has, several years in, resulted in almost no new housing — this doesn’t seem to inspire her to think any bigger. She doesn’t explore how other countries house people on a large scale, perhaps because many successful strategies require investing heavily in public housing.

Lind exhibits only passing interest in social housing as a solution for this country, dismissing it as a “one size must fit all” strategy. But 80 percent of Singapore’s residents live in public housing, which consists not only of apartments but also of self-sustaining small communities with their own schools, hospitals, supermarkets and many other amenities. With the vast majority of the city-state in public housing, there is no stigma to it, and the system is popular. She also overlooks the rich history of middle- and working-class cooperative housing in New York City. Lind works for the Chamber of Commerce in Philadelphia, heading its Arts + Business Council. She is an inquisitive reporter and writer, but perhaps her colleagues in Philadelphia’s business community wouldn’t welcome an investigation of such left-wing traditions.