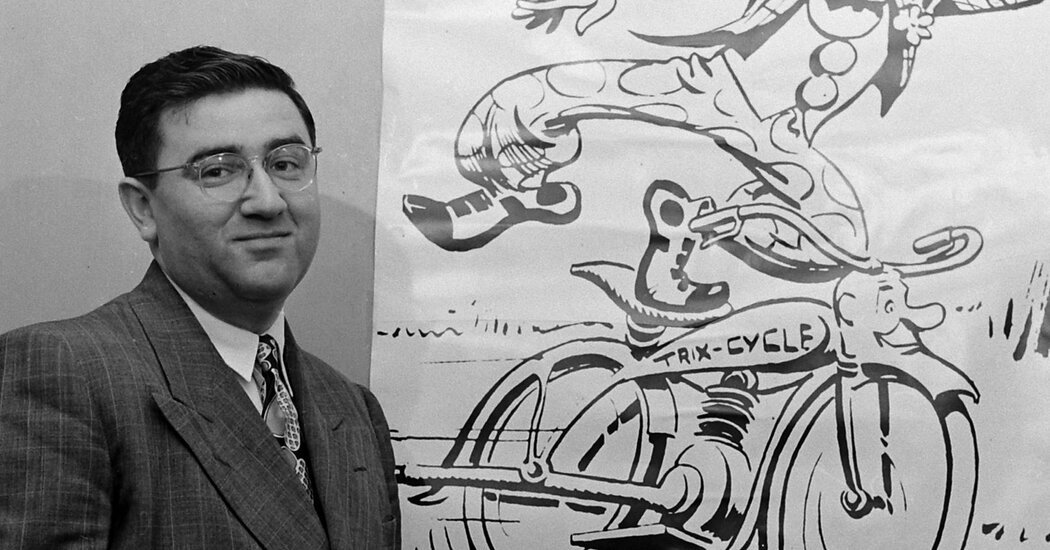 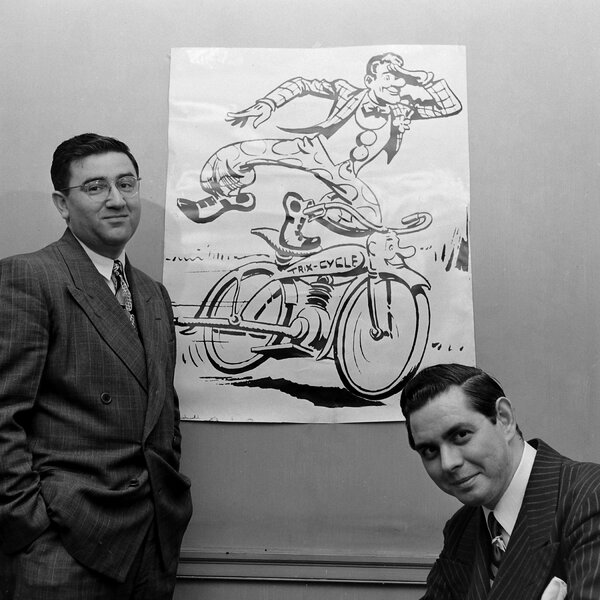 For every Superman, there must be a Superduperman. In 1953, 15 years following the Man of Steel’s first tall-building leap, Harvey Kurtzman and Wally Wood satirized the hero — giving him the alter ego Clark Bent, who worked at the Daily Dirt newspaper — for the fourth issue of a new humor comic called Mad. Superduperman was a “product of ’50s neuroses,” Jeremy Dauber writes in “American Comics,” an entertaining and richly detailed new history of comics. “Sex and capital are behind comics, ‘Superduperman’ suggests, not virtue or grand ideals. … But Mad elevated such parody to a way of life.”

As in his previous “Jewish Comedy: A Serious History,” Dauber, who teaches a course on graphic novels at Columbia University, has written a scholarly survey that is both opinionated and frequently funny. He starts things off with the 19th-century cartoonist Thomas Nast, who popularized Santa Claus and Uncle Sam on his way to deploying his “Tammany Tiger” to take down Boss Tweed’s political machine. From there Dauber traces the turn-of-the-century explosion of newspaper comics, the advent of comic books, underground comics, fan culture, and finally graphic novels and web comics.

The book is most fun when Dauber turns up what Greil Marcus called history’s “lipstick traces,” illuminating the hidden sources of modern culture. He traces the influences of both Jewish and hot rod magazines on underground comics, and finds unexpected early examples of autobiographical works in the form, including the 1931 “Four Students Comic,” about Japanese immigrant students. Despite his book’s title, Dauber also pays close attention to non-American traditions such as the French and Belgian bande dessinée and especially Japanese manga, the extraordinarily popular genre that would go on to influence American artists from Frank Miller to Art Spiegelman. (In the 1970s Spiegelman read Keiji Nakazawa’s stunning manga series “Barefoot Gen,” about the atomic bombing of Nakazawa’s hometown, Hiroshima; in 1980, Spiegelman changed comics history with the debut of his landmark “Maus,” which likewise explored historical trauma through intimate autobiography.)

Dauber is particularly nuanced in dealing with the many controversies buffeting comics past and present, from debates over comics codes and depictions of sex and violence to questions of diversity, representation and authority “played out through the stretch of spandex.” He identifies comics’ “original sin” as the publishers’ failure to give creators proper credit, compensation and rights to their work. From there, he digs deep into comics economics, beginning with the $130 once paid to Jerry Siegel and Joe Shuster for Superman and landing at the current multi-platform, multi-billion-dollar industry. There is no shortage of bitter ironies in this part of the tale: “In something that felt like an overdetermined symbol, the original check for $130 made out to Siegel and Shuster for Superman, the site of the grandest battle between creator and corporation, netted $160,000 at auction in 2012.”

Although the book doesn’t include images, Dauber packs in names and titles as fiercely as Kurtzman and Wood once packed gags in Mad panels; readers will want to tally up a list for future reading. But it’s not all here. Nast aside, Dauber generally doesn’t include political cartoons in his survey. All histories are subjective (he clearly calls this “a history” for a reason), but it’s jarring not to see a name like Herblock in a book that begins with Thomas Nast.

The biggest miss, however, is in newspaper comic strips. Dauber trips up on early newspaper history at times, mangling the story of how William Randolph Hearst came to call his New York newspaper The American (it was during a 1901 controversy over an Ambrose Bierce poem and the McKinley assassination, not World War I) and stating incorrectly that George Herriman’s Krazy Kat and Ignatz Mouse are both of indeterminate gender (it’s only Krazy; the brick-happy mouse is, by all appearances, cisgender male). He skips over decades of vital mid-20th-century newspaper work, often bringing up the strip cartoonists only when making a point about their decline or commercialization, or comparing them to comics in other forms; this is true even about a work as significant as Charles M. Schulz’s “Peanuts.” He writes well about women’s comics and the Black press, but with rare exceptions such as Jules Feiffer’s legendary run in The Village Voice, alternative weekly newspapers are not given their due as springboards for cartoonists ranging from Matt Groening to Lynda Barry to Chris Ware to Derf Backderf, each of whom is discussed in relation to books and other later works, but not strips. (How can a comics history not name-check Barry’s deeply felt “Ernie Pook’s Comeek”?)

Still, the story Dauber tells is a mighty one, and in the end, Superduperman may be its real hero. Throughout comics history, the work is pushed forward by what Dauber, in a discussion about the cartoonist Dave Sim, calls the “parodic sensibility.” It is these parodies that most enliven the works discussed in “American Comics.” There’s parody as homage. Parody as cutting, vicious criticism. Parody as cheap laughs; parody as genius. Dauber ably demonstrates that comics, as much as or more than any other art or literature, can handle the most serious of topics, including one of the most serious of all: our ability to laugh at ourselves.