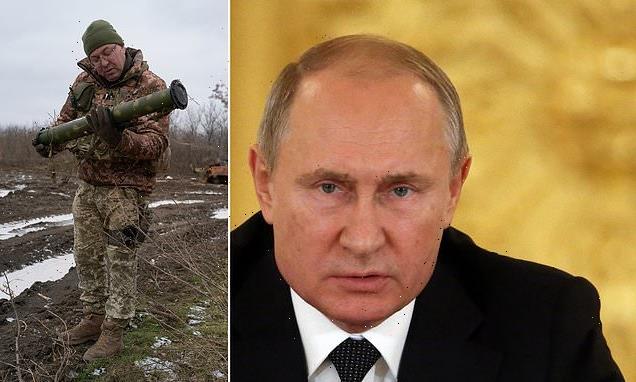 Putin’s lies are working: From a writer with close ties to Russia, a disturbing portrait of how the despot’s propaganda is swallowed by his own people

Overreach: The Inside Story Of Putin’s War Against Ukraine

Readers of this newspaper will know the name of Owen Matthews, a veteran Moscow correspondent, from pieces he has written about Russia and Ukraine.

But his book on the war now raging between those two countries — an act of pure and vicious choice by President Putin — reveals for the first time the depth of his own family’s involvement in the complex background of conflicting national identities.

Or as he puts it: ‘We all like to believe that we think with our rational minds. But a little bit of us, a deep bit, thinks with our blood.’ For Matthews’ mother, Lyudmila Bibikova, was born in Kharkiv, a predominantly Russian-speaking city, at the heart of the Ukrainian territories Putin is determined to annex; and her own parents were both born in what is now, legally, Ukrainian land. 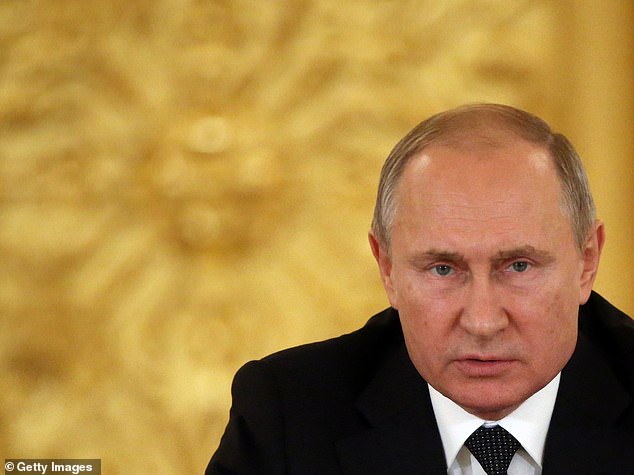 Readers of this newspaper will know the name of Owen Matthews, a veteran Moscow correspondent, from pieces he has written about Russia and Ukraine

Yet as Matthews goes on to explain: ‘The Bibikov family did not consider themselves Ukrainian. For two centuries the Bibikovs played a significant role in Russia’s imperial role in Ukraine, first as servants of the Tsars and later as loyal lieutenants of Soviet power. Whether I like it or not my family history — my blood — is intimately linked not only to Ukraine and Russia but to the history of the Russian Empire.’

Although Putin is widely regarded as motivated by a desire to reassemble the Soviet Union — and the secession of Ukraine in 1991 marked the death knell for the USSR — the Russian president sees himself as the heir to Catherine the Great, who brought most of Ukraine under the Kremlin’s rule.

And, Matthews recounts, his ancestor, Captain Aleksandr Aleksandrovich Bibikov, was ‘one of the Russian officers who accompanied the empress on her first imperial progress through the newly conquered lands of south and west Ukraine’.

A more recent forebear, Boris Bibikov, had been a leading member of the Ukrainian Communist Party, and was one of those who made the fateful decision to speak out internally about the horrendous suffering inflicted on Ukrainians as a result of Stalin’s brutal application of ‘agricultural collectivisation’, in which up to 7 million starved to death: Boris Bibikov, holder of the Order of Lenin, met his own end in Stalin’s purge of the Communist party in 1937.

It is the memory of the mass starvation of the 1930s — the Holodomor, as it is called in Ukraine — which helps explain the ferocity and passion with which the nation is resisting Moscow today.

Within Russia, the so-called ‘special military operation’ has been described by Putin and his propagandists as an attempt to rescue Russian-speaking Ukrainians from ‘Nazis’ — playing on the fact that many in Ukraine celebrate the memory of the Ukrainian nationalist Stepan Bandera, who had seen the Nazis as allies in the fight for independence from Moscow. 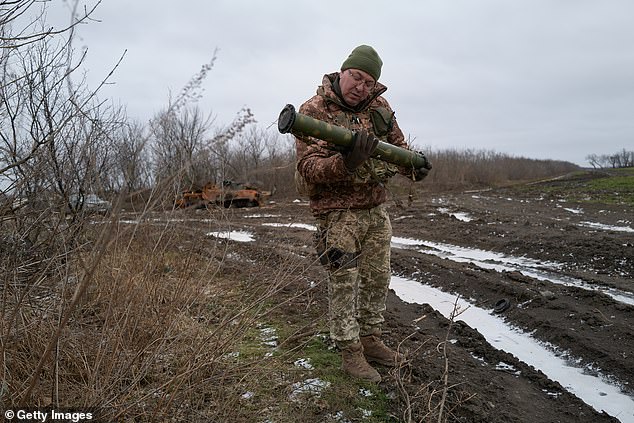 For Matthews’ mother, Lyudmila Bibikova, was born in Kharkiv, a predominantly Russian-speaking city, at the heart of the Ukrainian territories Putin is determined to annex; and her own parents were both born in what is now, legally, Ukrainian land

Though, as the author points out, not only is Ukraine’s president Zelensky Jewish, with family members exterminated by the Nazis, but he also records the head of a ‘major Russian TV Channel, who has worked with the Kremlin for over 20 years’ describing Zelensky to Matthews as ‘an annoying little Jew playing at politics’.

And the Wagner Group, a Kremlin-funded private army now at the front line in Ukraine, was founded by Dmitry Utkin: a Russian who sports Nazi eagle tattoos and who chose the name because Richard Wagner was Hitler’s favourite composer. Last May the German Federal Intelligence Service revealed that the Wagner group had extensively recruited ‘Russian right-wing extremists and neo-Nazis’.

Yet most Russians — whose sense of national pride understandably rests on their country’s military role in the annihilation of the Third Reich — seem to swallow Putin’s lies whole. They need to believe them.

This causes Matthews anguish. He writes: ‘Putin’s propaganda machine did work — at least in so far as it produced a wide, publicly accepted consensus in favour of the war.

‘The simple truth is that Putin did speak for most Russians. That might be depressing for me, my Russian wife and most of my Russian friends. But the fact that we wished it were not true did not make it so.’

In fact this book was written before the extraordinary late autumn counter-attack, when Ukrainian forces swept east at high speed and even recaptured Kherson, the only regional capital which had fallen to Moscow in the initial invasion.

But I suspect that the majority of Russians, while now much more anxious about the progress of the war-not-war, will still feel that the action was justified against the non-existent Ukrainian ‘Nazis’.

I know this from my own home. We have been hosting a Ukrainian mother and son; she tells me that her relatives in Russia remain convinced that Putin is on the right track, and that her flight to the UK is completely unnecessary, as the talk of Russian targeting of civilians in Ukraine, or the massacre in Bucha, is just Western propaganda.

Matthews, similarly, recounts a meeting with a Russian state TV editor, Anna Bondarenko (which is a Ukrainian name), in which she ‘seemed to blame me personally for sanctions and for provoking the war’; and when he asks Bondarenko about her relatives in Ukraine, she retorts: ‘Oh, they’ve all become fascists.

‘They believed all your fakes about Bucha … told me to **** off and not call them any more.’

There will be many more books on Putin’s invasion of Ukraine, but Owen Matthews’ extraordinary perspective has produced an interim account of special value. 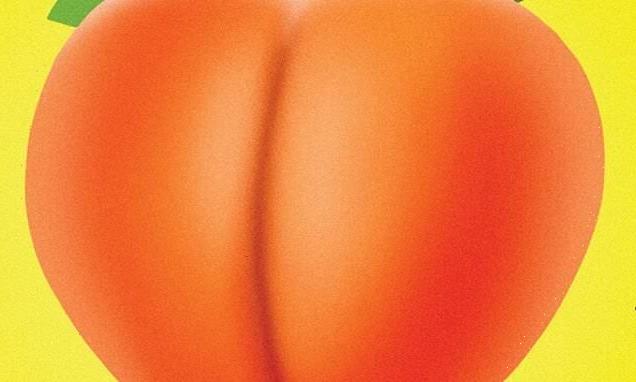 Next post Bootylicious! Why bottoms have always been top