The true stories within Lara Prescott’s first novel, “The Secrets We Kept,” are by far the best thing about it. That’s saying a lot, because the job of weaving together bombshell espionage material long kept secret by the C.I.A. with the creation story of a now-dusty Russian novel and tartly-observed “Mad Men”-era feminism and sexual bigotry was tough. Prescott has managed to shape all of this into an above-average entry in the I-Knew-Hemingway genre.

“The Secrets We Kept” centers on Boris Pasternak’s novel “Doctor Zhivago,” about which you may know nothing, everything, the movie’s theme music or only how ravishing Omar Sharif and Julie Christie looked in the snow. Very few people approaching Prescott’s book are likely to know much about the “we” in its title. It refers not only to Pasternak and Olga Ivinskaya — the devoted lover who was the main muse for Lara in “Zhivago,” and went to excruciating lengths to protect Pasternak — but to the book’s Greek chorus, the C.I.A.’s female typing pool. As you can see, there’s a lot going on here.

In 2014, the C.I.A. revealed an astonishing story about Pasternak and “Doctor Zhivago”: Once the manuscript had been spirited out of the Soviet Union at the behest of an enterprising Italian publisher, Giangiacomo Feltrinelli, the agency launched an operation to translate it from Italian back to Russian, print it in the tiniest possible editions and send it into Pasternak’s native land. The Soviets had banned it, sight unseen.

Years later, Nikita Khrushchev finally read it and expressed regret for that decision. “Better late than never,” he wrote about this change of heart.

The pert-looking, sly-talking women of that C.I.A. typing pool, who narrate parts of this book with a very potent “we,” had more than a little to do with this operation. Some were tasked with replacing the “Zhivago” dust jackets with more innocuous ones and mailing them to targets overseas. Others were appraised by their all-powerful male bosses for espionage potential, because there turned out to be things that a beautifully dressed, role-playing woman could do better than a guy in a suit. A lot of the novel is about these women’s interactions and, in particular, a love affair that develops between two of them. It’s the ’50s. So-called transgressive behavior is very dangerous. Another element of peril.

There have been other books about the C.I.A. revelations, most notably “The Zhivago Affair,” by Peter Finn and Petra Couvée, who petitioned for the documents’ release. But that was nonfiction. Prescott has the first whopper novel, and it set off a bidding war, more likely on the basis of its commercial potential than its caliber as a page-turner. 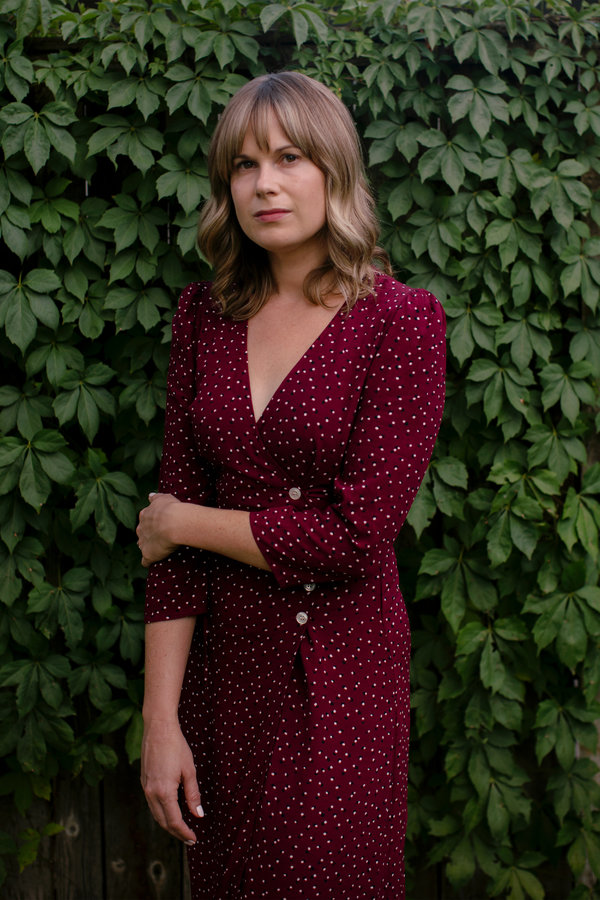 Prescott is fond of adding exclamation points to real quotations, name-dropping Pasternak’s famous friends (he did have many), and describing fabulous parties and scenes that drip glamour. None of the latter take place in the Soviet Union.

She begins the book with a long, long letter by Olga, describing her trudge to a prison camp. This was her punishment in 1949 for not telling authorities what her beloved Borya, then one of Russia’s most revered poets, was writing a novel about. This opening mostly recalls great Russian writers who have described the Gulag experience much more powerfully, though Prescott brings a feminist perspective to Olga’s ordeal. Olga lost Pasternak’s baby during her incarceration. He remained married throughout their affair, and never agreed to let her have another.

Feminism is a glaringly big part of the typists’ observations, too. “We” pull no punches in describing the stupidity and condescension of male bosses, in anachronistically referencing “the male gaze,” in sharply illustrating the talent gap between these “girls” and the jerks who order them around. Prescott, who once worked as a political-campaign operative, obviously knows her stuff, but she’s less adept at drawing individual characters than at conveying the women’s groupthink.

It’s enjoyable to watch the best of these women outwit their superiors. And it’s true to the time period that they’re ripe for victimization. But even allowing for the secrecy imposed on them, their inner lives here are less developed than the details of their wardrobes. (Speaking of details, a good Easter egg: One of the women goes to see “The Bridge on the River Kwai,” a wide-screen epic directed by David Lean, who would later make a wide-screen epic out of “Doctor Zhivago.”)

Prescott’s writing is putdownable. In a book this complicated, that’s a liability. It trundles on, full of interesting details and less interesting prose, with the occasional toe-stubber of a simile along the trail. (“That first night, the what ifs surrounded me like a cloud of gnats.”) When Olga and Boris enter the combative stage of their relationship and have an argument about crime and punishment, it’s impossible to tell whether a Russian literary allusion is intended. Even the possibly gay connections that pervade a story set in the closeted ’50s are either clumsy or carefully crafted spy talk; it’s hard to tell. But when two manly spies debate the literary merits of Ian Fleming vs. F. Scott Fitzgerald, we get this:

“That Daisy! What a gal! I practically fell in love with her myself.”

“I think men are really more in love with Gatsby than they care to admit.”

“Not love. But we do all want to be him. All men, all women, for that matter, secretly long for some great tragedy. It sharpens the lived experience. Makes for more interesting people. Wouldn’t you agree?”

“The Secrets We Kept” is headed for widespread popularity, many a book club (Reese Witherspoon has just chosen it for her justifiably influential one) and perhaps even enthronement, for many readers, as the book of record about Pasternak’s life and work. So be prepared to contemplate a question he’s asked contentiously by a friend when he wins the Nobel: Whose life did his book improve? His own? Anyone else’s? Was it worth the suffering he put Olga and his family through? Did the whole episode amount to anything? Discuss.