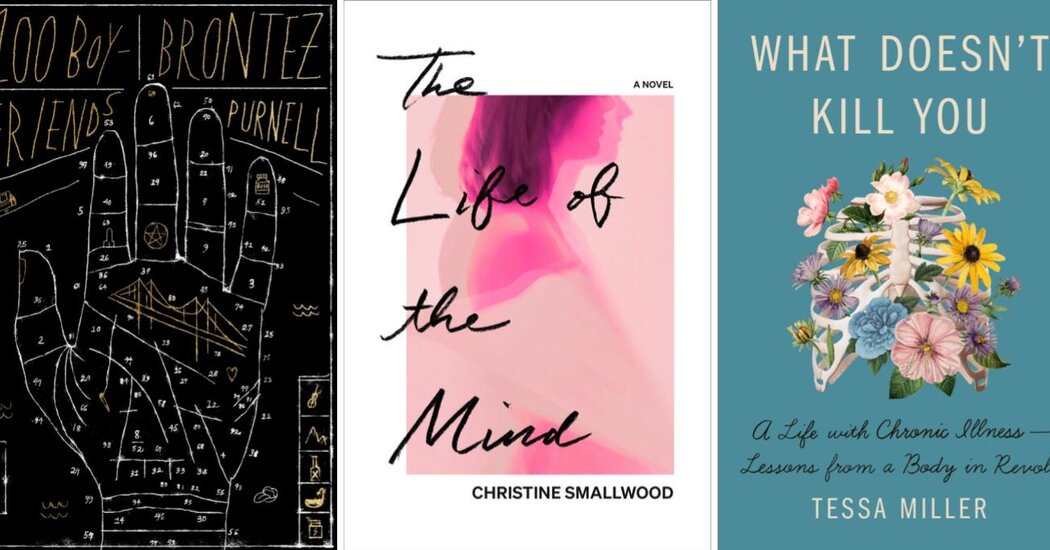 From Walter Isaacson’s latest biography to an epidemiologist’s alarm bell about the effect of toxic chemicals on human reproduction, here are the books that our editors and critics are most excited about this week.

100 BOYFRIENDS, by Brontez Purnell. (MCD x FSG Originals, paper, $15.) Purnell is a restless, prolific artist who works in film, music, dance and fiction. His short stories in this collection pinwheel, with a rotating cast of narrators and shifting points of view. “This hurricane of delirious, lonely, lewd tales is a taxonomy and grand unified theory of the boyfriend, in every tense,” our critic Parul Sehgal writes. “Pain is present everywhere in this book but muffled, felt through a fog of whisky and experience. There is no new unhappiness, no shock. Every humiliation has precedent; the heart breaks along its usual fracture lines.”

UNTIL JUSTICE BE DONE: America’s First Civil Rights Movement, From the Revolution to Reconstruction, by Kate Masur. (Norton, $32.) Masur’s new book, one of a number recently published that recount the pursuit of liberty and equality during the antebellum era, tells the story of the “first civil rights movement,” in the decades before the Civil War. “If this is a cleareyed book, it’s still a heartening one,” our critic Jennifer Szalai writes. “Masur takes care to show not only the limitations of what was achieved at each step but also how even the smallest step could lead to another.”

THE LIFE OF THE MIND, by Christine Smallwood. (Hogarth, $27.) This debut novel by Smallwood, a shrewd cultural critic, is about Dorothy, an adjunct professor of English who is recovering from a recent miscarriage. She is also worrying about the state of her profession, the state of the changing climate and much more. Smallwood is “a conjurer of a heightened, carefully choreographed version of consciousness,” our reviewer John Williams writes. “Reading her is like watching an accomplished figure skater doing a freestyle routine. You’re never less than confident in the performance, and often dazzled.”

NEW YORK, NEW YORK, NEW YORK: Four Decades of Success, Excess, and Transformation, by Thomas Dyja. (Simon & Schuster, $30.) This capacious account of New York’s recent rise describes the men and women in every facet of life who helped revitalize the city. Yet for Dyja, who sees the need for another reinvention of New York, the city has in many ways fallen prey to its own success. “What he has produced is a tour de force,” Kevin Baker writes in his review, “a work of astonishing breadth and depth that encompasses seminal changes in New York’s government and economy, along with deep dives into hip-hop, the AIDS crisis, the visual arts, housing, architecture and finance.”

MONA, by Pola Oloixarac. Translated by Adam Morris. (Farrar, Straus & Giroux, $25.) The title character of this ruthless, very funny Argentine literary satire is vying for an important award at a conference in Sweden. But the comedy gives way to shocking revelations when Mona’s deeply repressed memories come back to haunt her. “Oloixarac frequently made me laugh out loud,” Sadie Stein writes in her review. “There are moments so casually well observed — hat-tip to her translator, Adam Morris — that you’re almost eager to prolong the conference beyond its antic and hallucinatory (in a bad way) conclusion.”

THE CODE BREAKER: Jennifer Doudna, Gene Editing, and the Future of the Human Race, by Walter Isaacson. (Simon & Schuster, $35.) Isaacson, the biographer of innovators from Einstein to Leonardo, reprises some favorite themes in this book about the woman who won the 2020 Nobel in Chemistry for her work on the gene-editing technology CRISPR. The result is “in some respects a journal of our 2020 plague year,” Dava Sobel writes in her review. “Some of the most exciting sections of ‘The Code Breaker’ detail the way CRISPR researchers rose to the Covid challenge: They developed rapid test procedures and vaccine strategies — and posted them to an open database for the benefit of the entire scientific community, spurring progress to a gallop.”

RED WIDOW, by Alma Katsu. (Putnam, $27.) Katsu, a former intelligence analyst best known for her paranormal and horror novels, finally writes what she’s most familiar with: This inside-the-C.I.A. thriller, about the friendship between an agent and the widow of a Russian asset, is replete with falsehoods, betrayals and double-dealing. “The plotting is sophisticated and laced with surprises,” Sarah Weinman writes in her latest crime column, “but what stands out most is the emotional core of Lyndsey and Theresa’s alliance, and whether there is room, in a nest of vipers, for true sisterhood.”

FLOATING IN A MOST PECULIAR WAY: A Memoir, by Louis Chude-Sokei. (Houghton Mifflin Harcourt, $27.) This debut memoir tells the story of a young Black man trying to find himself in a world where he never quite seems to belong. Too African for Jamaica, too Jamaican for America, too American for Nigeria, Chude-Sokei grows up in search of a Blackness that fits him. “Chude-Sokei’s prose is both direct and poetic, describing horrific trauma with such flat immediacy that at times I had to set the book down for a moment, just to process,” Ijeoma Oluo writes in her review. “Herein lies the beauty of ‘Floating in a Most Peculiar Way’: It reveals how we carry trauma with us, how that trauma can cause us to hurt one another, and how we still love and carry one another with wounds unhealed.”

LAST CALL: A True Story of Love, Lust, and Murder in Queer New York, by Elon Green. (Celadon, $27.) Restoring dignity and detail to the lives of four gay men murdered in the 1990s by a killer who picked up victims at Manhattan piano bars, Green’s immersive account unfolds against the backdrop of the AIDS crisis and widespread homophobia. This is Green’s first book, and it “admirably demonstrates his commitment to sidestepping easy sensationalism for the far grittier work of checking sources, poring over police reports and reinterviewing witnesses,” Christopher Bollen writes in his review. “In choosing a serial murder case that was scantly covered at the time, Green takes us far from the terrain of fashionably notorious Netflix psychopaths.”

ALL GIRLS, by Emily Layden (St. Martin’s, $27.99.) A Connecticut boarding school is rocked by rape allegations in this assured and nuanced debut novel. Layden explores complex bonds between students and the slow-turning gears of a revered but old-fashioned institution. “The pages turn fast and the girls are complex, compelling and written with incredible tenderness,” Kate Elizabeth Russell writes in her review. “Layden is generous with her characters as they try to understand the implications of the ongoing crisis.”

COUNT DOWN: How Our Modern World Is Altering Male and Female Reproductive Development, Threatening Sperm Counts, and Imperiling the Future of the Human Race, by Shanna H. Swan with Stacey Colino. (Scribner, $28.) From 1973 to 2011, Western sperm counts dropped by 59 percent. Swan, an epidemiologist, blames chemicals found in everything from plastics to pesticides to cosmetics. “This book provides a wake-up call that increases understanding of fertility, its challenges and the recognition that both partners play a role,” Bijal P. Trivedi writes in her review. “Ultimately her conclusion is a plea for swift national and global actions that ban the use of these chemicals and mitigate the effects of those that are impacting health and even life itself worldwide. Swan makes it clear that the future of many species, including our own, depends on it.”

WHAT DOESN’T KILL YOU: A Life With Chronic Illness — Lessons From a Body in Revolt, by Tessa Miller. (Holt, $26.99.) With passion and precision, a reporter describes her fight for competent care after she developed inflammatory bowel disease. “‘What Doesn’t Kill You’ is relentlessly researched and undeniably smart, but more than that, it is humane and offers reliable information to chronically ill people and their allies,” our reviewer, CJ Hauser, writes. 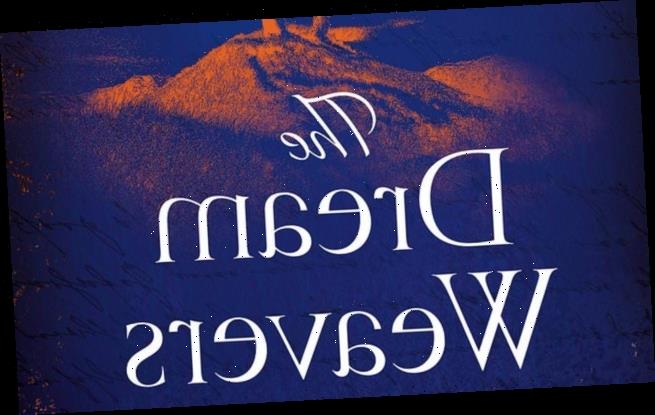