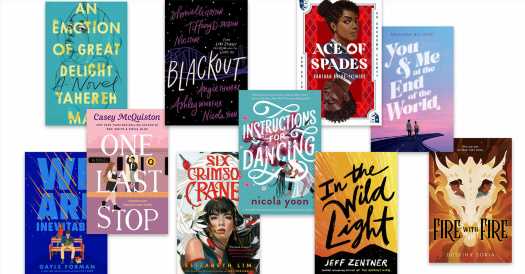 From high school thrillers to fairy tale retellings, here are 10 Y.A. books you won’t want to miss this season. 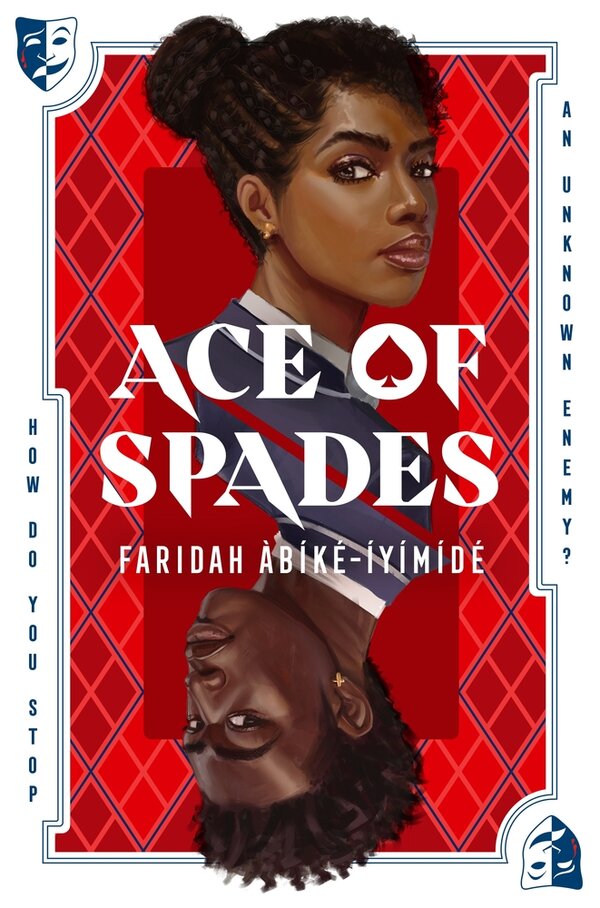 Abike-Iyimide’s debut is a thriller that follows the only two Black students at the exclusive Niveus Private Academy: Devon Richards, a scholarship student who just wants to focus on getting into Juilliard, and Chiamaka Adebayo, a popular girl who envisions high school as the first step in a fabulous life. At the beginning of their senior year, both Devon and Chiamaka are appointed to be class prefects, but soon the entire school begins receiving texts from the mysterious “Aces” sharing secrets about them. Devon and Chiamaka must figure out who this anonymous figure is before secrets are revealed that could change their lives forever.

‘We Are Inevitable,’ by Gayle Forman (Viking Books for Young Readers, June 1)

Forman’s latest is about a struggling business and what it takes to save it. Aaron Stein works with his dad in his family’s failing secondhand bookstore. Foreclosure seems unavoidable, so Aaron sells the store, which he technically owns after his dad goes bankrupt. Before the deal is finalized, however, Aaron comes up with a plan that might save the store — if he can come up with $13,000 in two weeks. Meanwhile he’s also balancing two new relationships in his life: with Chad, a perpetually optimistic former snowboarder who strikes up an unlikely friendship with Aaron, and with Hannah Crew, a young musician and avid reader who is the object of Aaron’s affections.

‘An Emotion of Great Delight,’ by Tahereh Mafi (HarperCollins, June 1)

“An Emotion of Great Delight” is a portrait of one Muslim teenager’s life in post-9/11 America. Shadi’s a normal kid, just trying to navigate her high school years. But she’s also contending with her family’s disintegration after the death of her brother, and with a big falling out she’s recently had with a friend. On top of all that, it’s 2003, two years after the 9/11 attacks and several months after the United States declared war in Iraq, and Shadi finds herself facing increased harassment and discrimination in her town. She deals with it all by putting her head down and bottling it up, but she learns that she can’t keep storing everything inside forever.

McQuiston’s latest is a romance with a time-traveling twist. In “One Last Stop,” McQuiston introduces August, a 23-year-old woman starting a new life in New York. Things seem to be falling into place — she’s about to start a new college program, she has a new home with new roommates, she has a job waiting tables at a local pancake house, and she even develops a flirtation with Jane, a girl she keeps running into on the train. The one challenge: Jane is stuck on the train, displaced in time, and barely remembers who, or when, she is.

Yoon, the author of “Everything, Everything” and “The Sun Is Also a Star,” is back with a new unlikely love story in “Instructions for Dancing.” The book follows Evie Thomas, a teenager who is a romantic until her parents separate and she catches her dad with another woman. To make matters more complicated, she has the ability to see how a couple’s relationship will end if she witnesses them kissing. Now Evie doesn’t believe in love, but after she joins a dance studio, she meets X, her dance partner, who might have the potential to change Evie’s mind again.

“Fire With Fire” is a tale of sisterhood … and dragons. Dani and Eden, sisters living in Los Angeles, come from a family of dragon slayers, and they are slayers in training themselves. When a powerful sorcerer says she may have a secret weapon to end the war with dragons, she implies that Dani may be able to help — much to the chagrin of Eden, who takes training more seriously and is eager to prove herself. Dani mysteriously forms a magical bond with a dragon and learns that there’s more to the creatures than she previously thought. Suddenly, the sisters are on opposite sides of a war that’s way over both of their heads.

“Blackout” is like a superhero crossover event but for Y.A. The book brings together six of the biggest voices in Y.A. to tell a series of love stories set on the day of a New York City blackout. As the city is cast into darkness, a collection of Black teenagers are stumbling into romances — a girl who runs into her ex at her new internship, a heartbroken girl on the hunt for a lost photo and more. As each tries to get through the day amid the chaos of the outage, “Blackout” proves that life and love don’t stop just because the power is off.

“Six Crimson Cranes” is a retelling of the “Six Swans” fairy tale, with a Y.A. fantasy twist. Though she has six brothers, 16-year-old Princess Shiori is the emperor’s only daughter, and she possesses forbidden magic that she’s trying to keep secret. One day, she learns that her wicked stepmother, Raikama, also has magic, and wants to use it for evil purposes. Shiori tries to warn her family, but she’s caught by Raikama, who turns her brothers into cranes and puts a curse on Shiori: For every word she speaks, one of her brothers will die. Without her voice and banished from her home, Shiori must find a way to save her brothers, rescue her kingdom and stop her stepmother.

Being a teenager can feel isolating, but in “You & Me at the End of the World,” Bourne takes that feeling to the extreme. Hannah Ashton is a young dancer who wakes up one day to find that she is all alone — everyone else in her town has completely disappeared. Then one day, she hears a sound in the silence: It’s Leo Sterling, a musician in Hannah’s grade who also happens to be the hottest boy in school. Though they never would have interacted in the past, they are suddenly thrust together as the last two people around. Trying to figure out how everyone vanished, they have the space to be the people they want to be, rather than playing the roles they’d been pressured to assume. But not all is as it appears in this seemingly empty world.

‘In the Wild Light,’ by Jeff Zentner (Crown Books for Young Readers, Aug. 10)

Cash and Delaney aren’t just best friends, they’re each other’s lifelines in their small Tennessee town, where Cash is grieving the death of his mom from an opioid overdose and trying to care for his Papaw, who is dying from emphysema. After Delaney discovers a mold in a cave that kills antibiotic-resistant bacteria, she gets offered a full scholarship to an elite boarding school in Connecticut, an opportunity she agrees to on the condition that Cash gets a spot and a scholarship too. Suddenly away from home, Cash has to figure out how to step into this new world, while also confronting the trauma and grief from his old one.